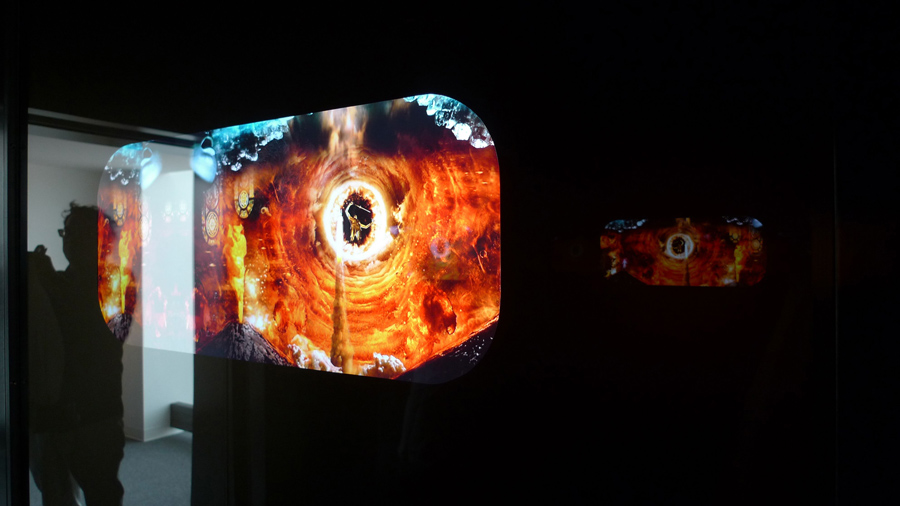 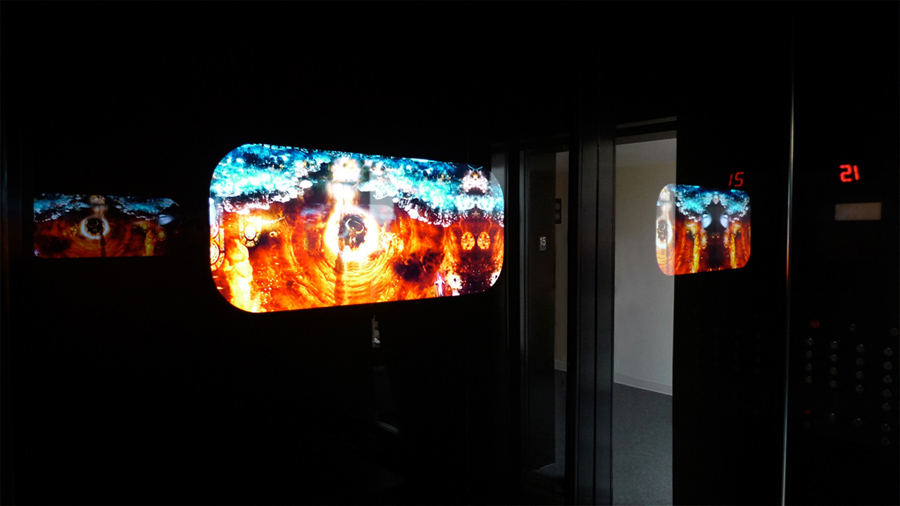 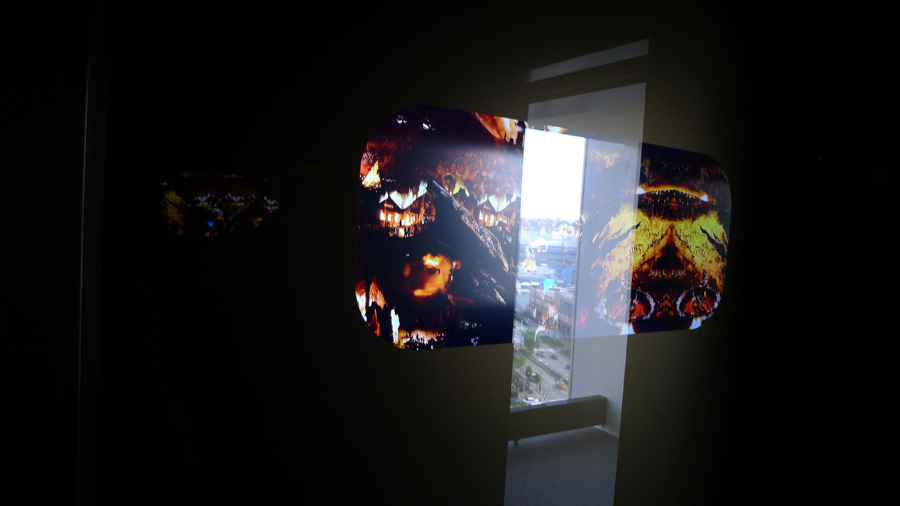 Tell me how you got involved with The Standard & this project.

I work as a video artist - the owner of the Standard was familiar with my work from a show in New York. He commissioned a video piece to be featured as a permanent installation at the new Standard hotel in New York.


Was there any type of creative brief given to you?

They were interested in a work which could be installed in the elevators. Other than that there was no brief - the understanding was that I would propose a work and they would either approve it or I would come up with another approach.


How did you come up wit the concept for this art installation?

The idea of doing a “video mural” had interested me for quite some time and the journey from hell to heaven depicted in this way seemed to be a good fit.


How did you approach this project?

The first phase was the longest and most involved because it was all about researching and then sampling the film clips. I then put together both a chronological video sequence of the “journey” from hell to heaven and “photoshoped” collages using still images to create the composition. These elements were then brought to the people at Crush to translate this into motion using the video clips as loops.

There was a great deal of trial and error involved at this stage and I was constantly making adjustments as we proceeded through the final composition to ensure the moving composite would be as seamless as possible.


Were there any challenges?

I don’t thing anything like this had been done before so the technique was being refined as the content was being assembled. This could not have been done without an intimate collaborate with Crush at every stage since there were so many variables to deal with simultaneously.


Tell me how it will be used in The Standard, NY

It will playback on a high-definition monitor which will be seen through a viewing port in each of the elevators at the hotel and move according to the direction of the elevator.

We at Crush already had a previous relationship with Marco as we helped him create a piece of video art shot in a train station in Berlin and we had done post on a few commercial he’s directed.

We love working with Marco as he is very creative and he likes to work very fast. When new ideas are unearthed during the creative process, you have to be ready to go with him and explore those ideas or you simply don't keep up with him. When he asked us to work with him on Civilization, a vision he had of taking hundreds of stock footage, movie footage and original clips and combining them to create a moving landscape depicting the ascension from hell to heaven, we knew that it was going to be huge challenge but one we were very excited about.

Marco is very gutsy and bold but also has great respect for collaboration and discovery of ideas that blossom during the process. The project had two huge challenges. Firstly we needed to figure out how to create content that could move with the elevator where it would ultimately be viewed. The idea was this, when you go up in the elevator the content goes down and when you go down it goes up. Not unlike a ride film this project was designed to be synced to the moving environment of the hotel elevators in New York. We wanted to synchronize the footage to the movement of the elevator as best as we could.

The second challenge was creative. What are we seeing through this 'elevator window'? We only really knew at the beginning that the canvas or environment would be very tall and skinny due to the physics of elevator travel and we wanted to go from a hellish landscape to a heavenly one.

We began with exploring the idea of using a game engine to house the project. Seemed easy, map footage onto planes in space, attach a PC to the elevator and we can move up and down in the game environment all day. Unfortunately, once we started to collage the clips together in the Flame we knew the game engine idea wouldn't fly. We approximated that we would have 250 looped HD clips in the environment and our Flame could barely handle it (in the end it was closer to 500 looping clips). We compromised by locking ourselves into the idea that we would create a huge vertical canvas that we would scan up and down on once the elevator was in motion. The final piece was approximately 1920 x 7500 pixels.

Another technical wrinkle was more human. Would we create motion sickness by subjecting riders on the elevator to the video art? To test this we shot some footage of a rising and falling landscape on a glass enclosed elevator and played back the footage on a 42" plasma in a fully enclosed elevator. Not one person in the 30 we used in the test got sick so we knew our gut check was all right.

In parallel to the technical research, Marco and his studio staff began the process of researching and collecting a vast amount of footage sampled from both mainstream and more obscure film sources. Marco then assembled still grabs from each piece of sampled footage into photomontages, which we would review weekly while Marco’s editor cut together a linear chronology of what the components in journey from hell to heaven may look like.

The logistical task of collecting and cataloguing all the clips involved a great deal of coordination between our producer and Marco’s studio and stretched over a period of almost three months. Once the material was imported into Flame we would invariably make adjustments and receive more photo-collages that would polish to make the “video mural” look as seamless as possible. The clips were used in much the same way the way a painter would use a colour or texture. We felt it was like audio sampling, using the clips as beats and timing them all to work together to create something new and original. Marco and our team experimented in the Flame and played with the clips for about six weeks, arranging and rearranging them on the 2d canvas over and over to find the right compositions. Most of this work was done at night because we couldn't afford to do it during prime time hours.

Not only were we playing with where on this huge canvas the clips should go, we had to consider the looping aspect of this project. We wanted the canvas to loop once it got to the top of heaven and come right back around to hell again. Once the canvas looped, each of the 500 clips had to be looped individually as well. Along with colour correction, each clip required careful vari-speeding and stabilization to allow all the pieces fit together. We ping-ponged most of the clips as to avoid any cutting on the loop points. With all the clips treated and placed into the canvas we color corrected the entire thing as one big piece of wallpaper. We had over a hundred 'power windows' on the piece to isolate sections and make each station gel together. We ended up with six main stations on the canvas. Hell, lower purgatory, middle purgatory, upper purgatory, heaven and upper heave/lower hell which was the loop point.

After all this was done we set out to redo the entire piece in 3d space! We took each station, rendered it out as a static 2.5 minute plates and then projected those onto geometry modeled to match the stations layout. We then had to go in and render the stations with and without most of their elements so we could achieve the proper parallax. Essentially it was like recreating the entire project over again but with most of the guesswork taken away with the 2d final as our road map.

Once the 3d version was done, we slept.