Blacklist’s Dvein have unleashed a slew of terrifying new monsters for Terminix.

After releasing four frightening 3D beasts onto unsuspecting homes for last year’s Terminix campaign via Publicis Dallas, Blacklist’s directing and design collective Dvein have returned with another series of creepy monsters for the 2012 edition of the campaign.

Barcelona-based Dvein were once again asked to bring their design, directorial and animation skills to the Terminix brand, and this year’s trios of spots again deliver an unexpected and creative approach to pest control.

“Creative follows the concept we established in 2011’s campaign,” say the collective, “when we turned from a more realistic view of cockroaches and termites to a world of imaginary monsters with magnified and scary insect features.”

Building on these aesthetics, Dvein combined insect characteristics with animalistic qualities to create the frightening 3D animated creatures and bring home the devastation caused by termites in a powerful and visually striking style. In the first piece, Egg, the spot begins with a close-up of some harmless looking eggs before a roaring monster erupts from the floorboards and viciously gnaws through the wood.

“In the first spot, we wanted to focus on the termite eggs so we created this crawlspace were the eggs are hidden until they hatch,” comment Dvein. “We liked this idea because the observer doesn’t know were the action is placed until the eggs open and the monster enters into the living room by breaking through the floor. Our intention was to give the audience a very close and real view of termite’s consequences by emphasizing the aggressive nature of the monster with the destructive design of the mouth and teeth.”

The second spot is equally as unsettling, as a four-legged monster inspired by crabs and beetles uses buzz-saw pincers to destroy the hallway of a house. The final spot in the series takes a different tack as the subject turns to cockroaches; here, a slimy, slippery creature with a gargantuan mouth squeezes up through the plughole and oozes sticky saliva across the bathroom before transforming into a swarm of cockroaches guaranteed to make your skin crawl.

“Our main goal was to create a very flexible and adaptable creature, who can narrow itself to get into your home by any tiny hole, as cockroaches do. In this case, we weren’t looking for a destroyer look but we wanted to show cockroaches as a synonym for dirt. We wanted to stress the disgusting mouth with no teeth, in contact with bathroom objects and licking everything around it.”

To bring the gruesome creatures to life, Dvein started out with hand-drawn sketches before migrating to Photoshop. Working with fellow Barcelona-based VFX company Vando, Autodesk, Maya, Zbrush and Nuke were then used to animate the monsters and bring the collective’s creepy vision to the screen. 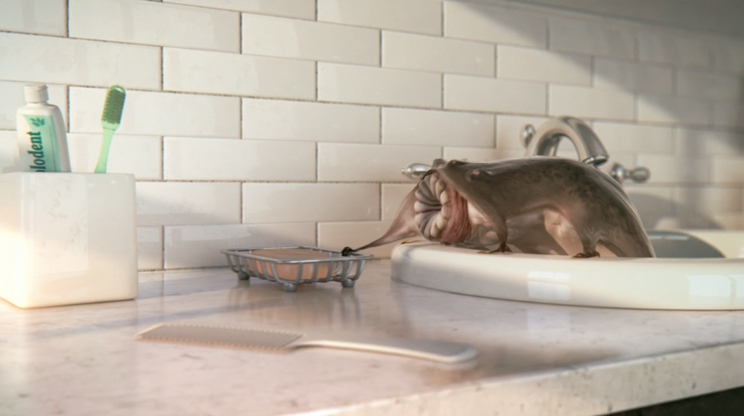 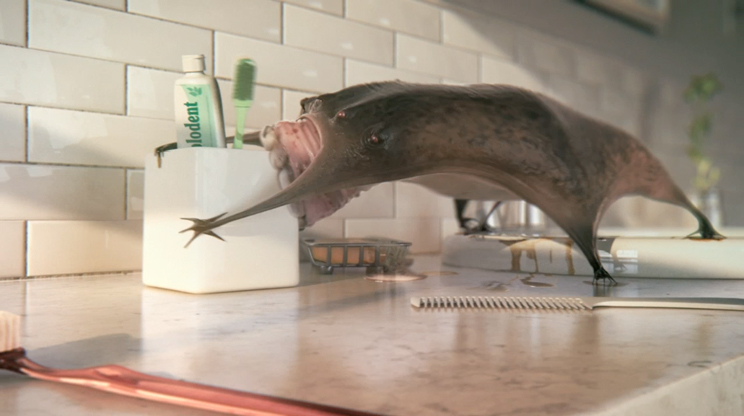 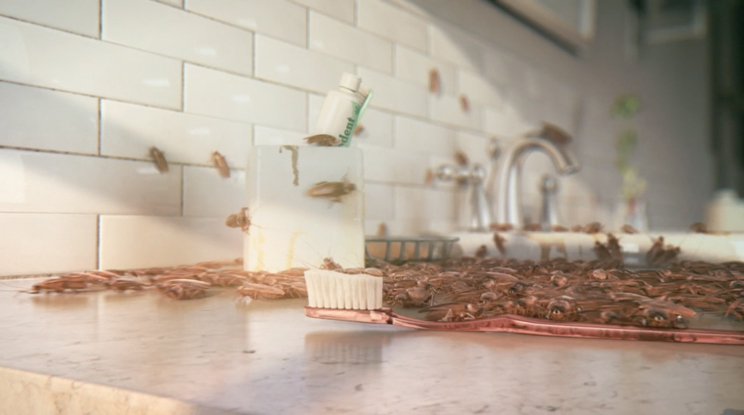 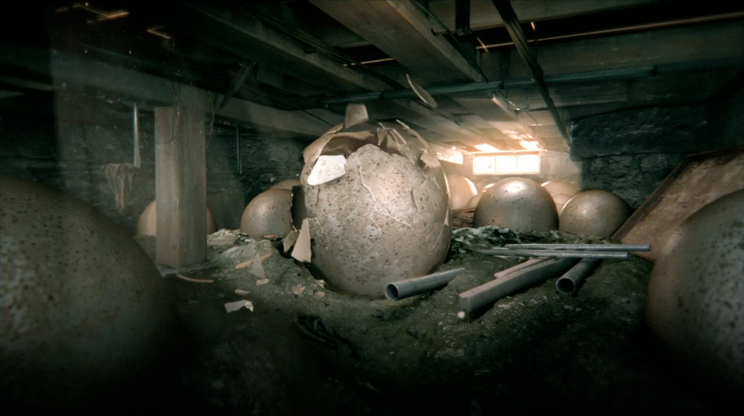 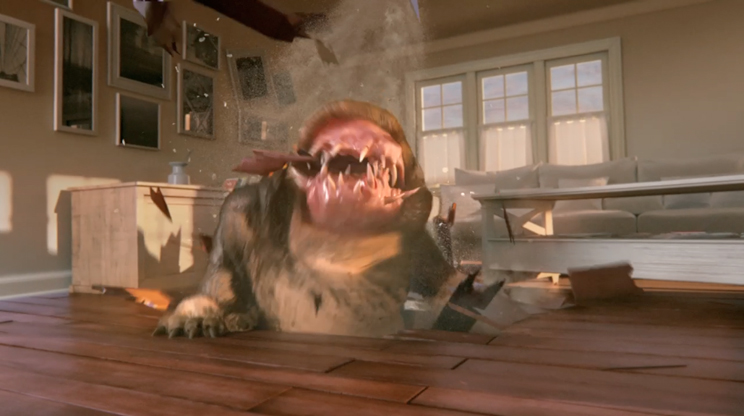 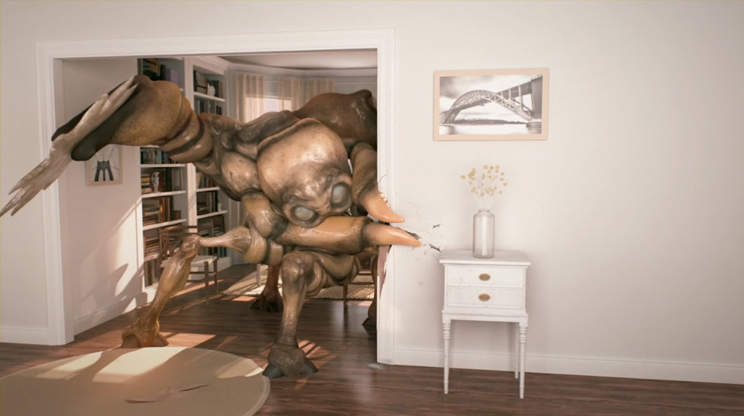 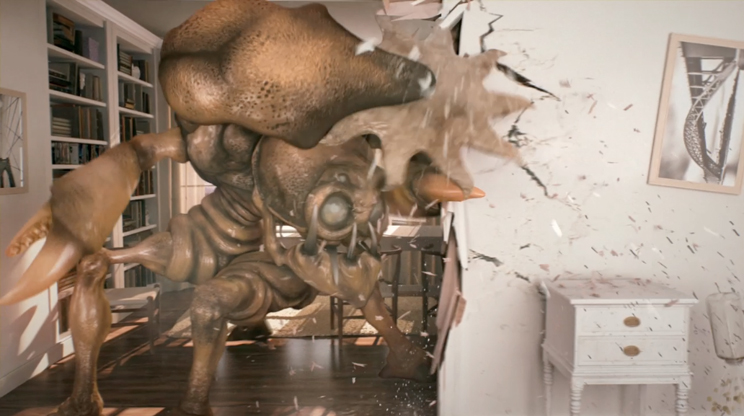