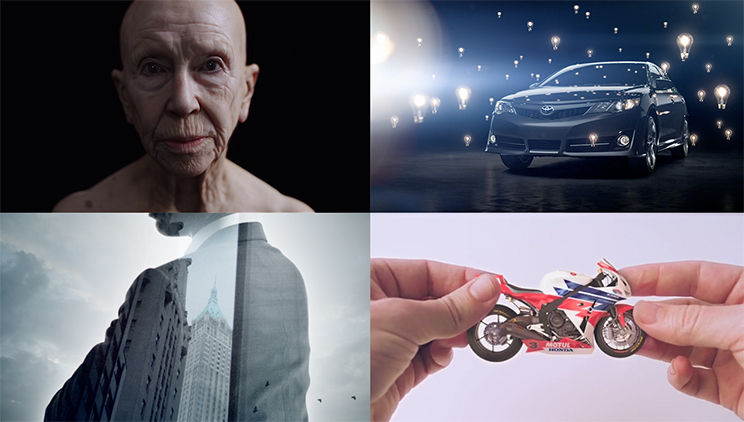 “The two studios compliment each other well,” explains Artjail owner and creative director Steve Mottershead, who pitched the alliance to Mike Merron, Analog’s co-founder and co-director during a design event in New York. “The partnership allows each company to have feet on the ground in a new market without a huge investment. Workflow-wise, we’ve strengthened our rendering powers by combining resources and sharing a dedicated fiber connection on either end of the ocean.

“It didn’t take long to realize that both companies have similar ideals, approaches, attitudes and ambitions,” adds Arvid Niklasson, co-owner and director at Analog. “That said, there are enormously different creative approaches to projects in the U.S. and U.K. We will be able to combine the best of both markets.”

Both companies specialize in creating arresting visuals to help tell stories for major brands. Working together, the creative studios will now have greater bandwidth, push each other creatively and technically, and have an expanded brand presence.

A renowned VFX artist who has worked for brands and clients such as Nike, IBM, Lincoln and Kanye West, Mottershead founded Artjail in 2009. Artjail has established itself as close creative collaborator with not only agencies but top directors such As Lance Acord and Terri Timely of Park Pictures, and Chris Sargent of Anonymous Content. The company’s recent projects include a visually eclectic brand film for Acura, Motorola’s Moto 360 smartwatch campaign via Droga5 and a Lana Del Rey’s “West Coast” music video helmed by Vincent Haycock.

Analog Studio was founded by Mike Merron, Matt Chandler in early 2011. Merron studied architecture and developed a particular passion for lighting and visual effects, leading moving image teams in archviz before moving into VFX supervision in the US & UK.

Originally a miniatures/modelmaker – established VFX artist Matt Chandler spent 4 successful years at Jellyfish as a lead TD on multi award winning, broadcast projects for BBC and Discovery before a short stint at MPC.

Niklasson, a music video director in his native Sweden who moved to London to work in Mainframe’s 3D department, joined later that year. Recent projects include an explosive ad for watch brand Citizen, a pair of films for Hyundai directed by Universal Everything, and Honda’s “Hands” spot for Wieden and Kennedy.