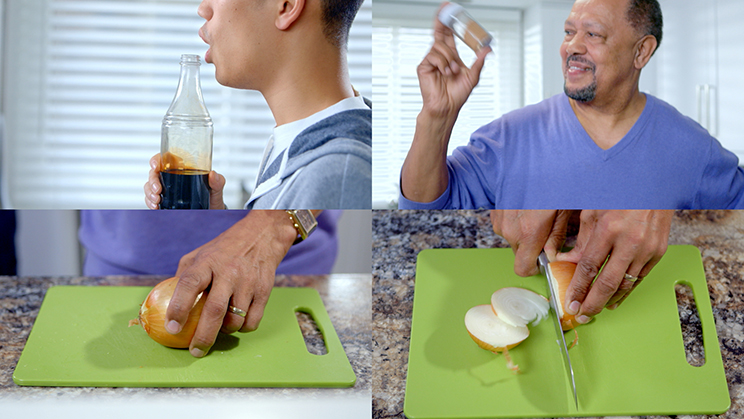 Here’s some new work from Toronto-based Bensimon Byrne (the agency that helped get Canada’s new Prime Minister into office).

Retirees who understand the realities of retirement, were paired with YouTube celebrities, who could teach retirees a thing or two about pop culture. As they exchanged their wisdom, the bond between the generations grew.​

Retirement isn’t what it used to be. The idea of a company pension is practically non-existent, saving money is difficult at the best of times and the people who face the starkest prospects are millennials. But it’s difficult for anyone, let alone someone in their 20’s to consider what retirement is like without a safety net. That’s literally 40 years away.

So the Ontario Government is creating the Ontario Retirement Pension Plan. A safety net that will benefit millennials and anyone else by the time they retire.

The benefits of the plan are difficult to communicate in a compelling way considering it’s 40 years away. And frankly, no one really wants to hear from the government. Bensimon Byrne came up with the idea of a generational exchange of wisdom.

The retirees were chosen based on their willingness to share their experiences and optimism for the future of millennials.

A retiree named Livingstone (posted above), a former cop who then helped his wife run a motel, was paired with Andrew, a YouTube video star. Andrew taught Livingstone how to create a music video, and Livingstone taught Andrew about retirement while making him his famous jerk chicken.

Kathy, an 80-year-old retiree and former assistant (above), was paired with Brent, Toronto’s most popular radio personality from Indie 88. Kathy learned how to be a disc jockey while Brent learned there was much more to retirement than he thought.

A retiree named Maureen (posted below) was paired with Typical Gamer, a gamer with millions of subscribers. Maureen learned how to trash talk and play Far Cry Primal. Typical Gamer learned retirement was something he had to plan for as Maureen taught him the etiquette of teatime.

The Wisdom Exchange is a digital campaign, and the long format films will be pushed to millennials through a media buy, the YouTube star’s social channels, and all of the government’s digital properties.

Full credits are at the bottom on the page.