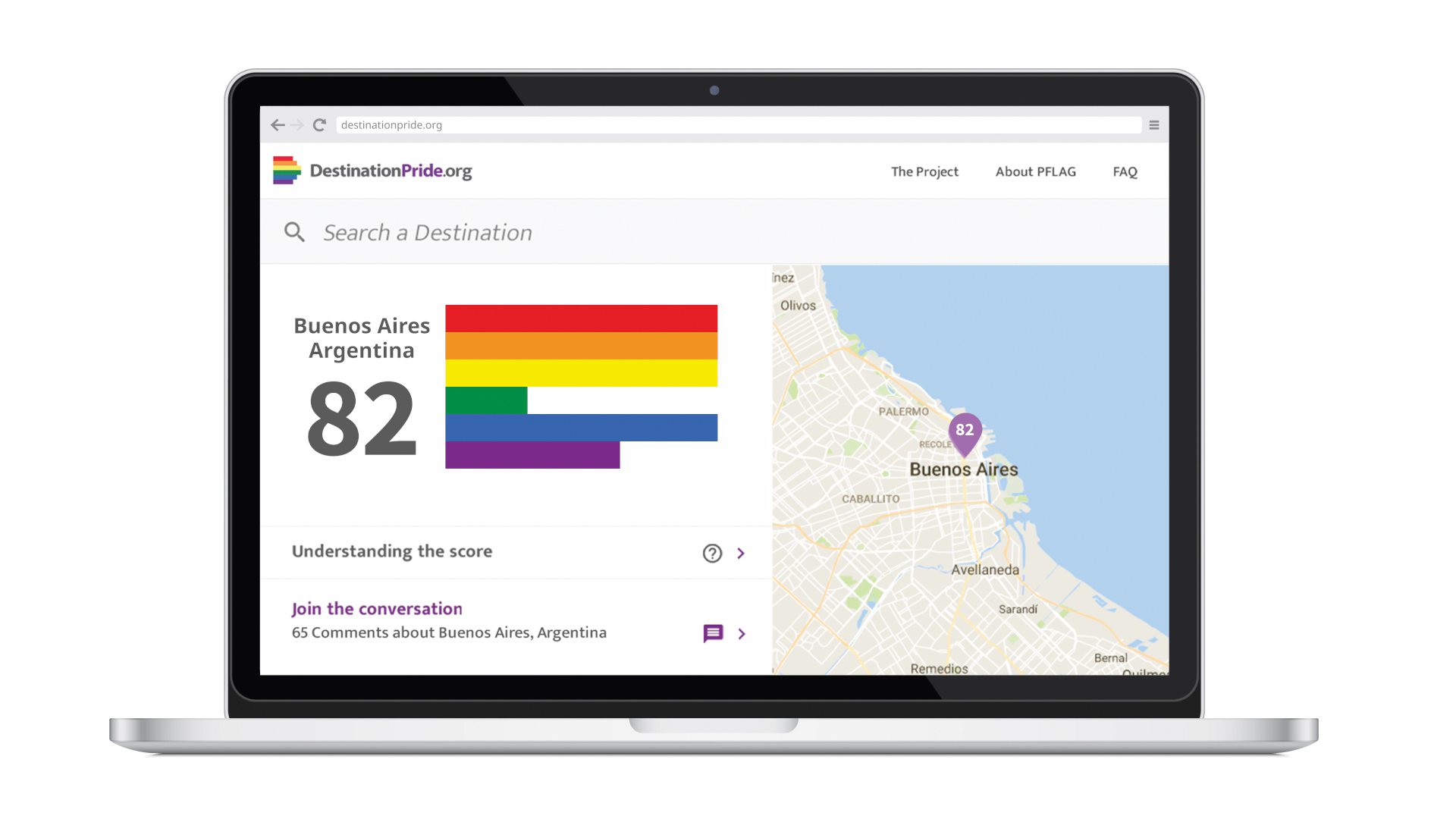 What if each bar on the pride flag could tell the story of the place it was flying? That’s the idea at the heart of “Destination Pride,” a new digital platform developed by PFLAG Canada in partnership with FCB/SIX.

In a world where gay marriage is legal in one place and homosexuality punishable by death in another, the stakes for LGBTQ+ travellers have always been high. DestinationPride.org is a step toward helping the community better navigate the planet.

“Since it was created by Gilbert Baker 40 years ago, the pride flag has been a symbol of welcome,” says Louis Duncan-He, National Director of Marketing for PFLAG Canada. “No matter where members of our community go, the flag says safety, hospitality and love.

“But for LGBTQ+ travellers today, that welcome is not equal across all destinations. Even the relatively simple act of choosing a place to visit can be the difference between sunsets and stare-downs, or worse. There’s never been a single, searchable tool that makes this volume and type of data so accessible.”

Duncan-He says the Destination Pride platform is a natural extension of PFLAG Canada’s promise of support and inclusiveness for all, enabling the organization to reach its constituents in an entirely new way.

Discover the data behind the destination.
The heart of the platform is DestinationPride.org – a data-driven search tool designed to help travellers understand LGBTQ+ laws, rights and social sentiment around the world. The tool works by measuring and aggregating global data across six key metrics of acceptance, including marriage equality, sexual activity laws, and civil liberties (e.g., blood donation and adoption). The data are then indexed across the six bars of the pride flag – like a bar graph – to create an informative and arresting data visualization for each destination on Earth. The tool then uses the data to assign a single Rotten Tomatoes-style score out of 100 to each destination.

“A big part of our agency’s work involves using data to create individual experiences,” says Ian Mackenzie, Executive Creative Director of FCB/SIX. “That’s what makes Destination Pride so powerful. There are millions of LGBTQ+ people around the world having unique travel experiences, both positive and negative, as a result of factors like marriage laws and public sentiment. Our vision is to make the data behind those experiences visible for this community and its allies – helping inform travel choices.

“In addition to measuring slow-moving data such as marriage law, Destination Pride also measures social media chatter. This data sits on the purple bar of our graph, and can make a destination’s score change in real time.”

Charting new territory.
Given the stakes of the topic, there has been relatively little conversation about the realities of travel within the LGBTQ+ community. That’s why the platform includes a commenting hub that allows visitors to the site to discuss the results and share their perspective on every destination. Videos on the site also feature actual interviews with travellers from the LGBTQ+ community, set to animations designed to visualize their story and the data behind it.

What’s clear is that whether it’s a lesbian couple getting engaged in Paris, a gay man hooking-up in Kuwait, or a trans person’s first flight as a woman – all real stories recounted by actual LGBTQ+ travellers within Destination Pride – the experiences are as diverse as the community itself. Seven more videos, showcasing the stories of travellers from the LGBTQ+ community, will be added over the next eight weeks.

“As a transgender woman, there are some countries that I feel safe to go to, but there are others that I might not want to visit, says Lisa Crawford, participant in Destination Pride launch videos. “Over a year ago, I felt safe travelling in the United States. But with the recent political changes, I have not crossed over that border. It’s sad because I love the United States. It’s just that I don’t feel safe travelling there as a transgender woman at this time.”

“The ad units we’re running in Moscow feature high-scoring destinations that are short flight from Moscow,” adds Mackenzie. “The LGBTQ community in that city is being unfairly persecuted, so we’re thrilled that our platform can provide hope – and viable travel destinations– for its members.” 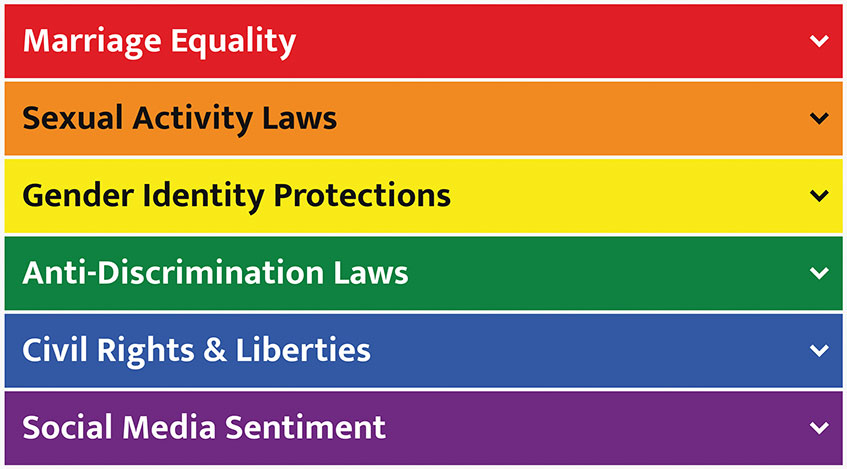 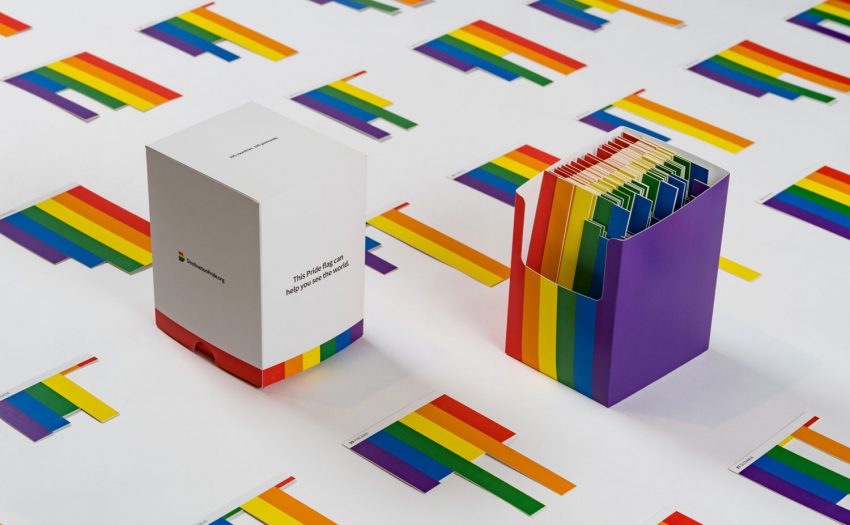 Destination Pride Postcards: 196 laser-cut cards – for every country on Earth.

About PFLAG Canada:
PFLAG Canada is proud to be Canada’s only national organization that offers peer-to-peer support striving to help all Canadians with issues of sexual orientation, gender identity and gender expression. We support, educate and provide resources to anyone with questions or concerns. We promise to offer local, practical, and emotional peer-to-peer family support for individuals and their loved ones challenged by gender/sexual identity. http://pflagcanada.ca

About FCB/SIX:
FCB/SIX is a specialist agency that creates individualized brand experiences at scale. We built our agency at the leading and bleeding edge of SIX key disciplines, each working together to solve some of the most complex problems known to modern marketing. Our vision is to create a world where no two humans experience a brand the same way. Our sweet spot is smarter, faster, hyper focused, digitally led work. FCB/SIX is part of the FCB Canada group of companies. http://fcbsix.com