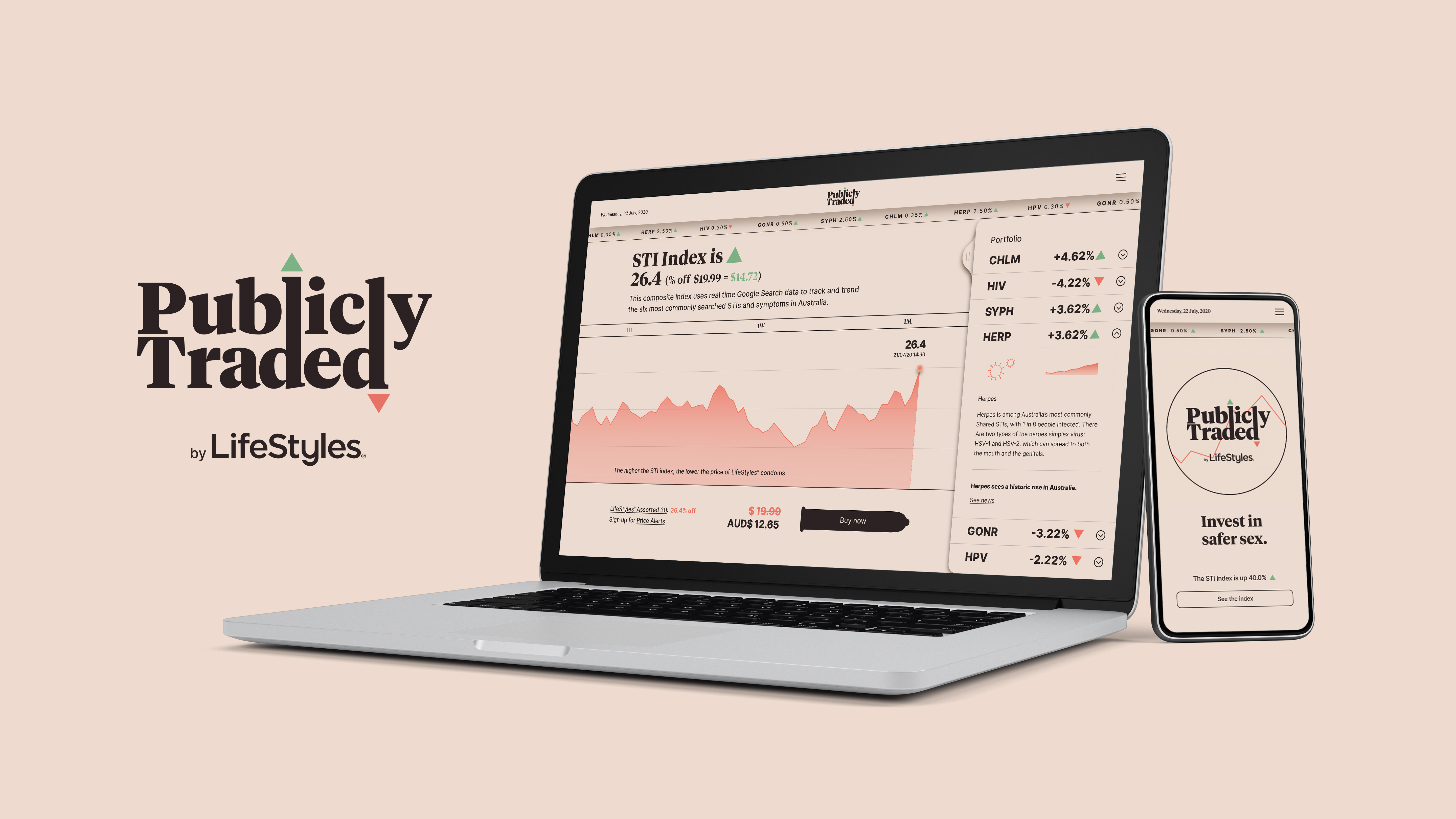 The search information is presented on PubliclyTraded.com.au as data visualizations that resemble stock market charts, providing an at-a-glance look at which STIs might be on the rise (or decline), then combining all six into a single metric called the STI Index. The index drives dynamic inverse pricing for 30-packs of LifeStyles condoms: The higher the index in a particular region, the lower the price.