Undivided launches with a focus on creating opportunities for new talent. 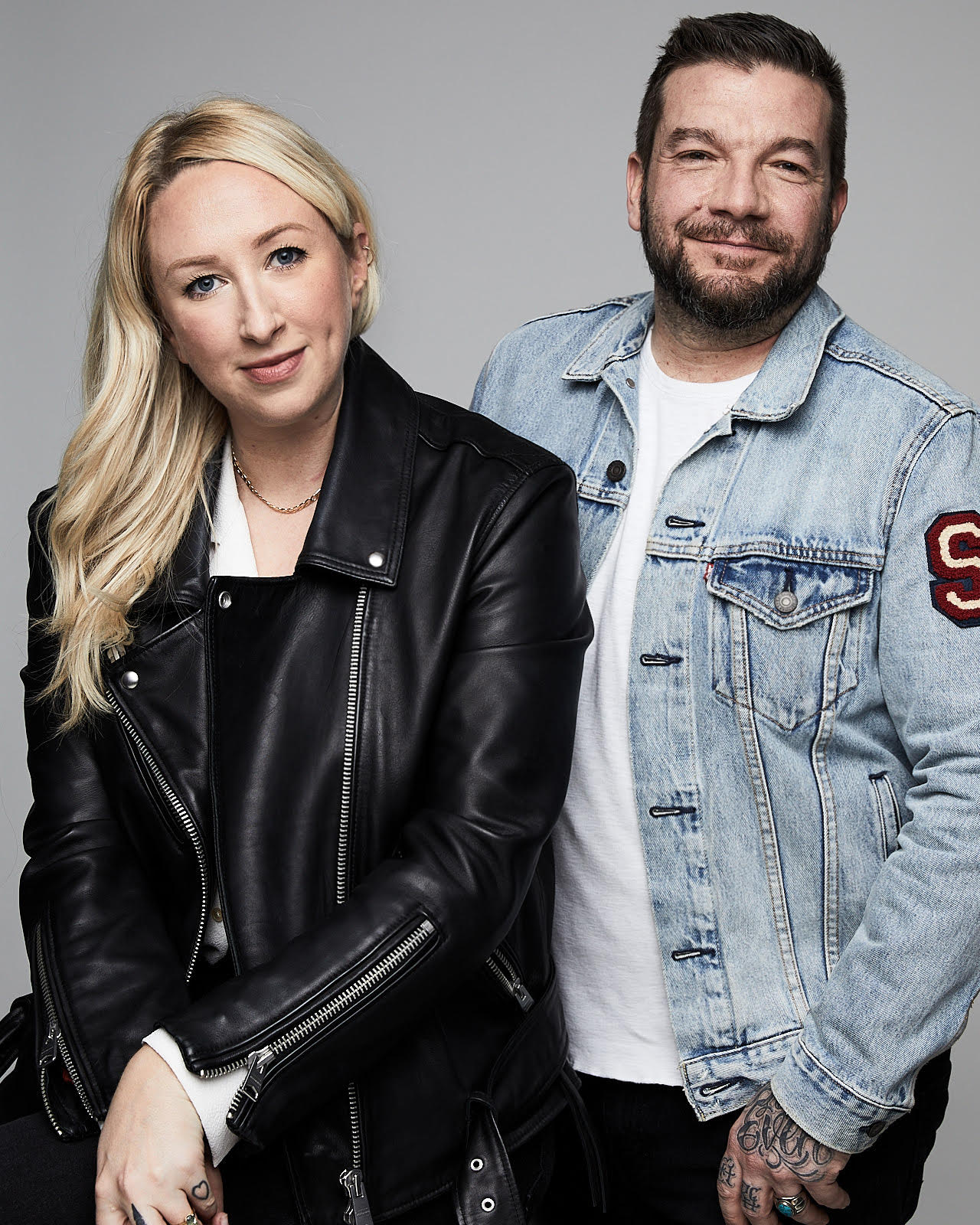 Partners Scott Houghton and Nikki Ormerod have launched Undivided, a production company dedicated to building a roster of young and diverse artists. The decision for the husband-and-wife duo to combine their professional lives came from the upheaval caused by the Covid-19 pandemic, as well as heightened awareness around racial and gender inequality.

Having worked in the film industry for 22 years, Houghton’s experience includes head of production roles at Steam Films and Spy Films. He also helped found and served as executive producer at Westside Films, the film production division of leading photography shop Westside Studio. Most recently, he teamed up with the Mile Inn group, heading its commercial company Morrison Films and Studio Monroe, a position he resigned in early July 2020 after learning of the noxious senior management within the affiliate companies. This awakened an idea to start a shop with Ormerod.

“I’d often thought of teaming up with Nikki professionally, and this experience was a tipping point for me,” says Houghton. “Leaving Mile Inn was a hard decision emotionally and financially, but it was morally the right thing to do. With Undivided, we are dedicated to building a good company, a company for change and respect, one that opens doors for the next generation of talented young and diverse artists.”

As a photographer and director at Westside Studio, Ormerod has worked for the country’s largest brands, including the powerfully emotional Sick Kids VS campaign and the notable Air Canada Rebrand “Your World Awaits” campaign, which inspired the look for the broadcast spots and helped her transition to directing. After 11 years working at Westside, in October 2020 she pivoted to become a partner in Undivided.

“As an artist, breaking through in this industry is difficult. I’ve been very lucky to have had the opportunities I’ve had, but it’s been a challenge to prove myself – nevermind a young artist trying to make a name for themselves on their own in this day in age,” Ormerod says. “I’ve spent years following artists who should be shooting the big campaigns, but are not. When Scott and I made the decision to start Undivided, we knew this had to be at the foundation of what we build. Sometimes things just need to get shaken up a bit. We felt the timing had never been better.”

Jason Gordon
Photographer, Lifestyle/portrait/sports
Jason is a portrait and lifestyle photographer who loves to create images that capture a subject’s authentic self. Jason prides himself on capturing real moments and the candid moments between frames.

Brianna Roye
Photographer, Portrait/lifestyle/fashion
Brianna Roye is a film photographer specializing in portraiture. A graduate of Humber’s photography program, she’s extended her lens to Adidas, has had her work featured in publications like MacLeans and FLARE, and has shot festivals inclusive of ManifesTO and Afropunk. Hailing from Toronto’s west end, Roye is passionate about using her talent to tell stories and document underrepresented communities, as seen in her ongoing project “Out of Many, One People” that draws on her Jamaican roots to chronicle portraits of queer, Afro-Caribbean people.

Danielle Matar
Photographer, Food & drink/lifestyle/product
From Toronto Ontario, Danielle started taking pictures at the age of nine when her parents bought her a Polaroid camera. She eventually graduated at the top of her class from Humber College, winning the Vistek award in her Advanced third year for digital imaging and postproduction. Over the last 20 years, Danielle has honed her passion for portraiture but has also found joy in her love of food photography, resulting in lifestyle images that stir a variety of emotions.

Joe Bulawan
Photographer, Fashion/beauty/product/still life
Joe Bulawan is a fashion and beauty photographer from Toronto, Canada. Focusing on both art and commerce, Joe’s love for photography began in his high school darkroom, where he began photographing and developing his own prints, before completing his BA of Photography at Sheridan College in 2015. Joe’s work evokes a youthful and playful energy and balances his creative eye with his technical sensibilities.

Jeremy Stuart Thompson
Director/illustrator/CG artist/photographer
Born to an artistic family and raised in a remote area of Nova Scotia, Jeremy says he was doomed from the start. Reared on a steady diet of comic books, movies and books, Jeremy applied his love of storytelling and design in advertising agencies where he developed a keen understanding of the entire process including planning, boarding, shooting and finishing commercials and campaigns for the country’s leading clients.

Nikki Ormerod
Director/photographer, Lifestyle/narrative/portraiture/fashion
Born in Burlington, Ontario, Nikki studied photography and film at Sheridan College before beginning her career as a prominent commercial shooter. Nikki’s years of working as a photographer have influenced her directing style and given her the innate ability to breathe life into any script using powerful imagery. Her shooting style is narrative with a special focus on people and the idiosyncrasies that makes us who we are.

Jimmi Francoeur
Photographer/director, Portraiture/narrative/fashion/lifestyle
For Jimmi, the human is always at the center of his artistic approach. In both photography and film, he is known for delivering vivid and sensitive moments with impeccable framing. Whether for a fashion shoot or for commercials for clients like Nivea, La Roche-Posay, Nissan or GMC, he always lets his intuition guide him in order to get the emotion and the best of his subjects.

Minsoo Koh
Director, Narrative/conceptual
Minsoo Koh, 고민수, is a Korean-Canadian director recognized for his creative and eye-catching visuals with minimal dialogues in his work. By planning and visualizing even the smallest details, Minsoo is able to work with maximum efficiency, but also has room to improvise on set when needed. He is passionate to tell stories about the struggles we all quietly experience and brings it to light. His works have been featured at the Festival du Nouveau Cinéma, Cinehub Korea, StudioGO, and Hallowed Ground and his commercials have aired on Bell Media, TSN, Roku, CP24, Twitch, and more.

Jessica Wu
Director, Stylized storytelling/conceptual/heighten reality visuals
Jessica Wu is a director and producer based in Toronto. Her time at VICE allowed her the opportunity to collaborate with some of the most seasoned professionals in the industry. This foundation empowered her to write, direct and produce her first short film, WHITE DRAGON, in 2019, which screened in Tokyo and has been featured in digital publications based in New York and London. It was selected as Top 20 of 2019 by the readers and editors of Sukeban Magazine.