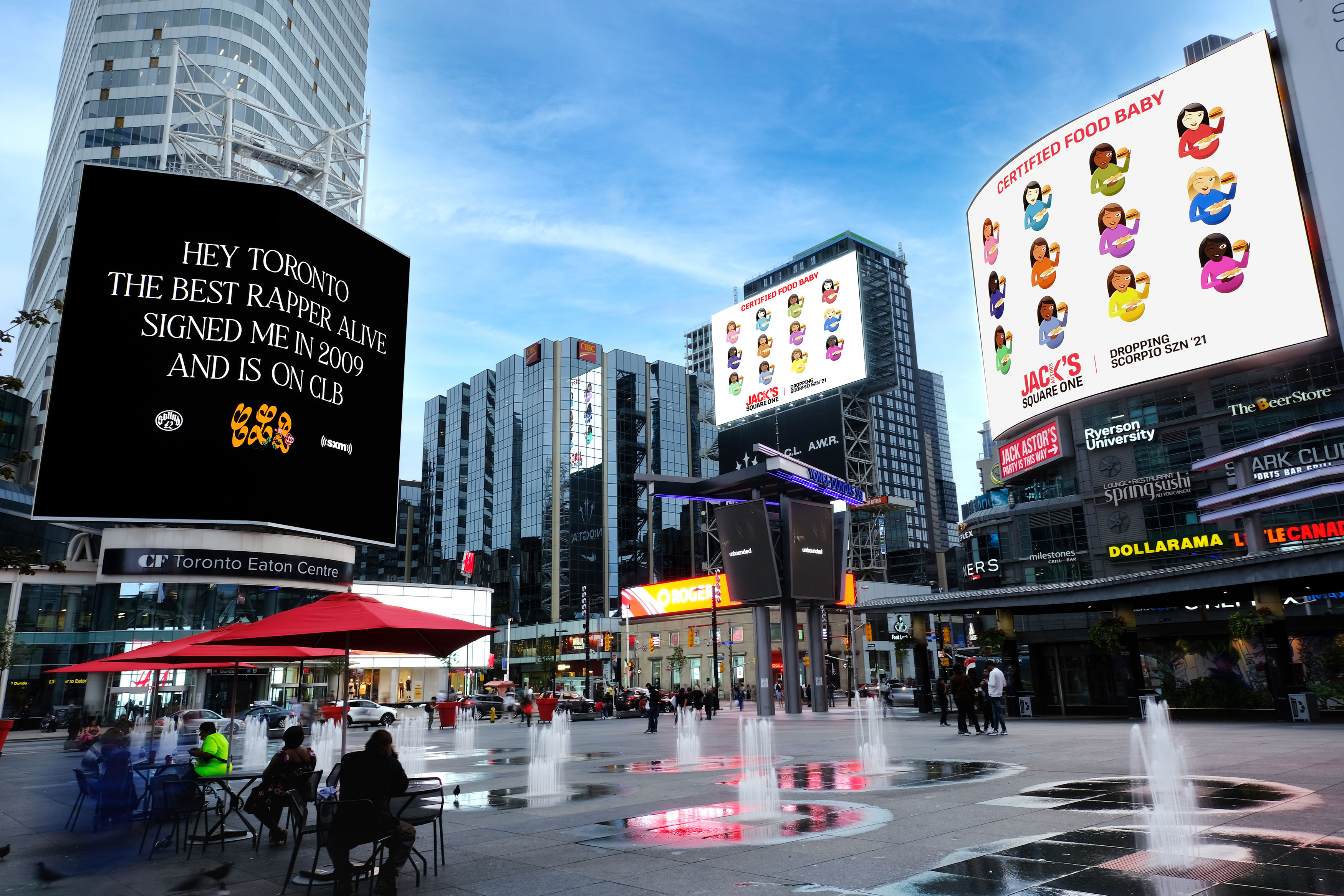 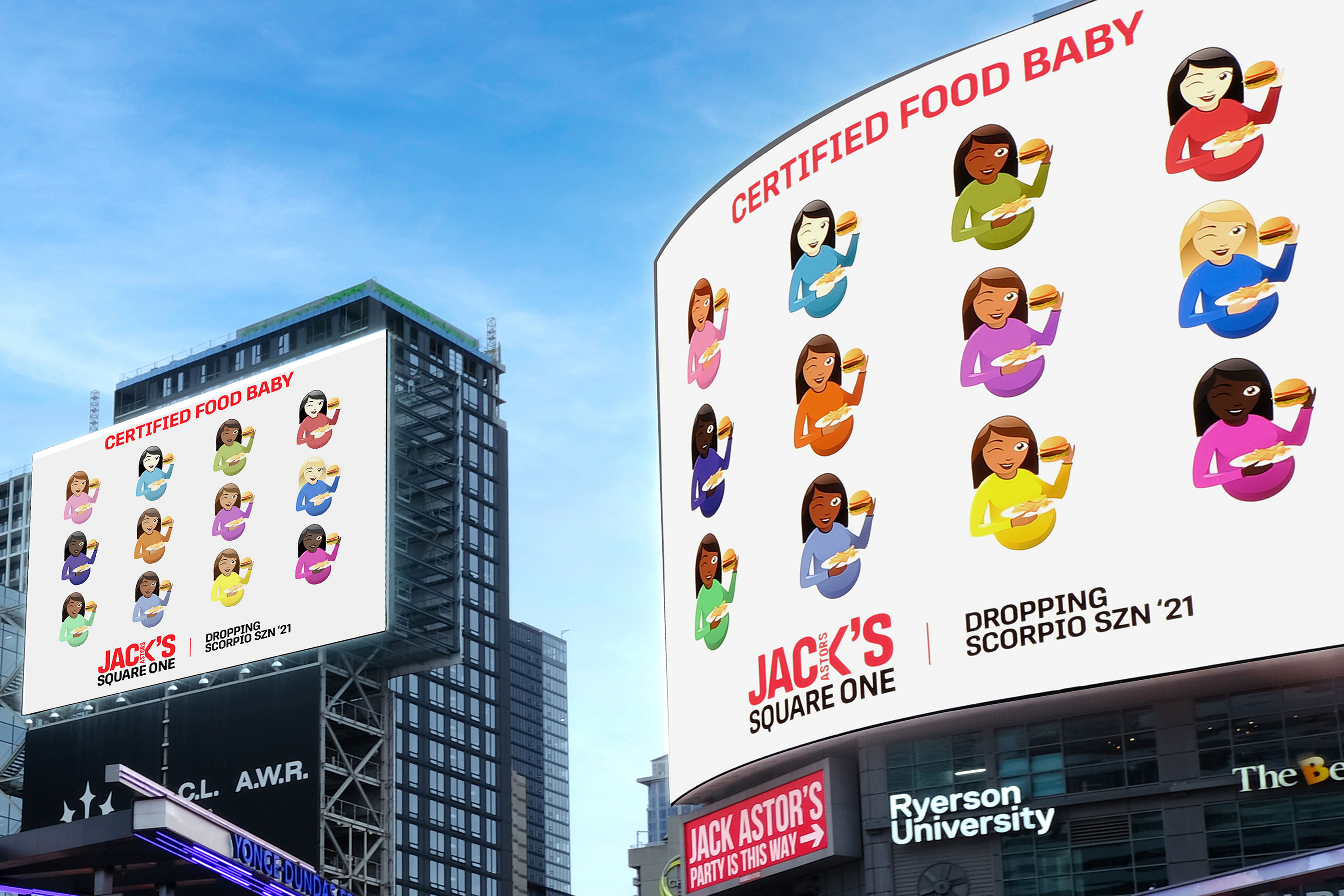 Working with agency partner The Garden, Jack’s has launched an out-of-home campaign at Toronto’s Yonge-Dundas Square— the site of a billboard “battle” promoting competing album releases from Drake and Kanye West. The Jack’s billboards went up this week, timed to overlap with the Drake billboards still up in the area.

The campaign creative nods to the cover art for Drake’s blockbuster new album, Certified Lover Boy, which features a series of brightly coloured pregnant women emojis. The Jack’s billboard, which is called “Certified Food Baby,” also features a series of what seems to be pregnant women emojis, except in this case their bellies are full from eating one of Jack’s all-new epic burgers and fresh-cut fries. The billboard also informs viewers that the newest Jack’s at Square One “Drops Scorpio SZN,” a reference to Drake’s Oct. 24 birthday.

“Everyone’s talking about the new hip-hop albums that just dropped, most notably Certified Lover Boy from our city’s very own, Drake,” said Lindsay Eady, Creative Director from The Garden. “We wanted to get in on the hype of the CLB drop with the announcement of the new Jack’s Square One drop, and get in on the billboard beef, with well, our own beef.”

“This campaign is about tapping into a major social moment to create excitement around the launch of our new brand positioning,” said Anesie Johnson, VP Marketing at SirCorp. “This past year we have taken the time to identify and redefine the Jack’s experience and get back to the irreverent humour that made Jack’s famous. The Garden has been more of a partner for us, not a typical marketing agency, that has helped shape and define future growth by really getting to understand the brand.”

Jack’s Square One location will be the first to feature a complete identity rebrand and restaurant redesign developed by The Garden, which was recently selected as the chain’s AOR. 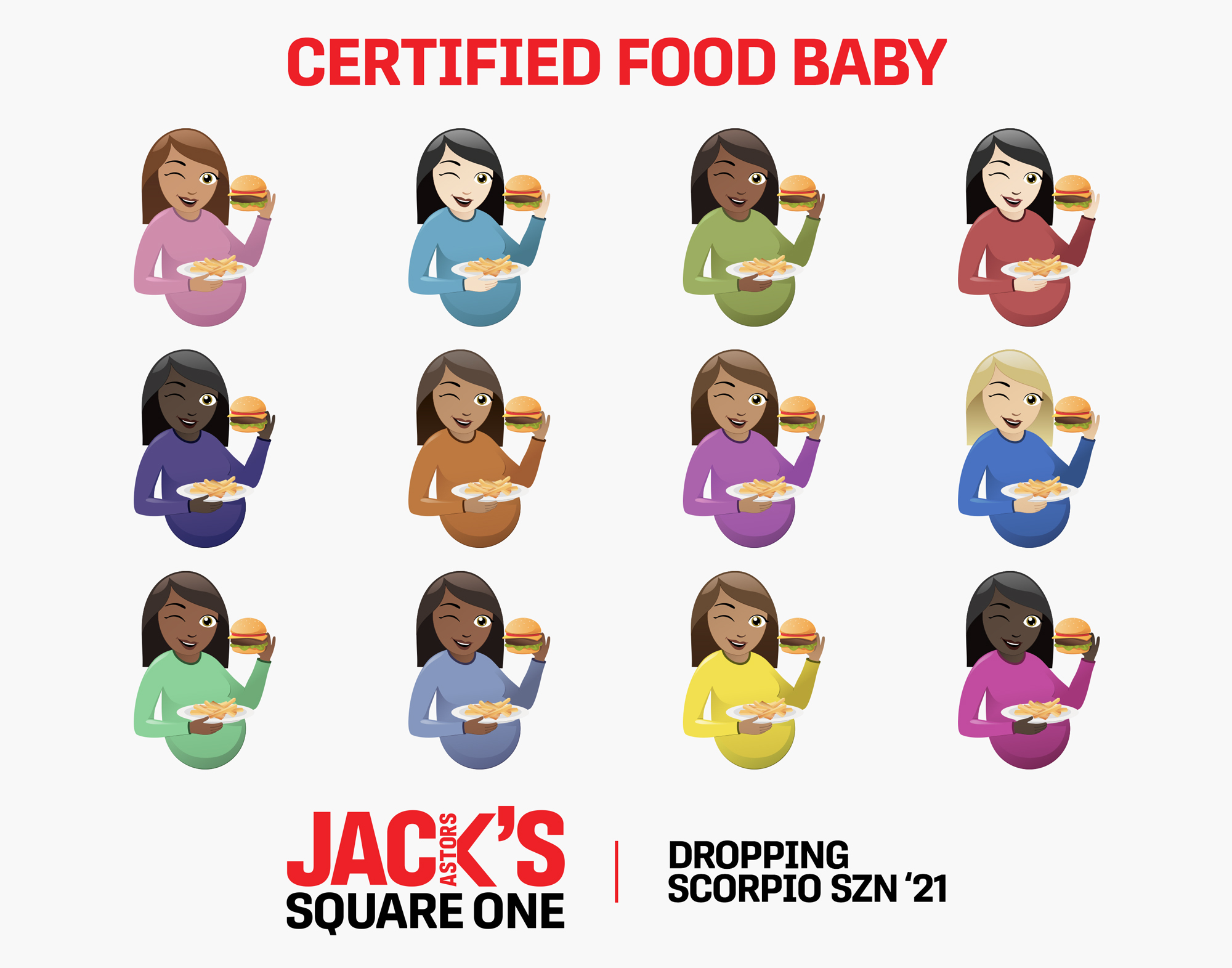 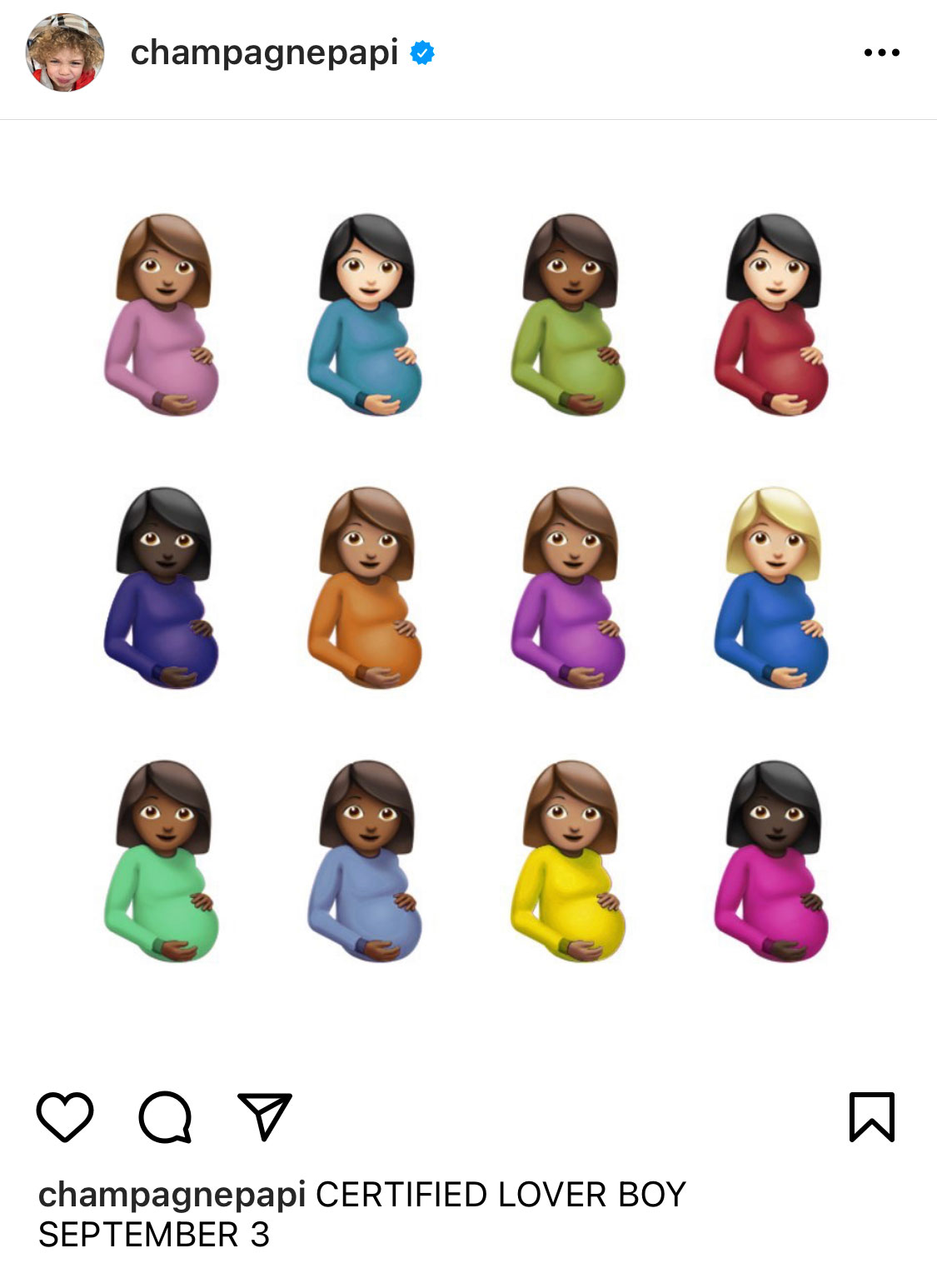