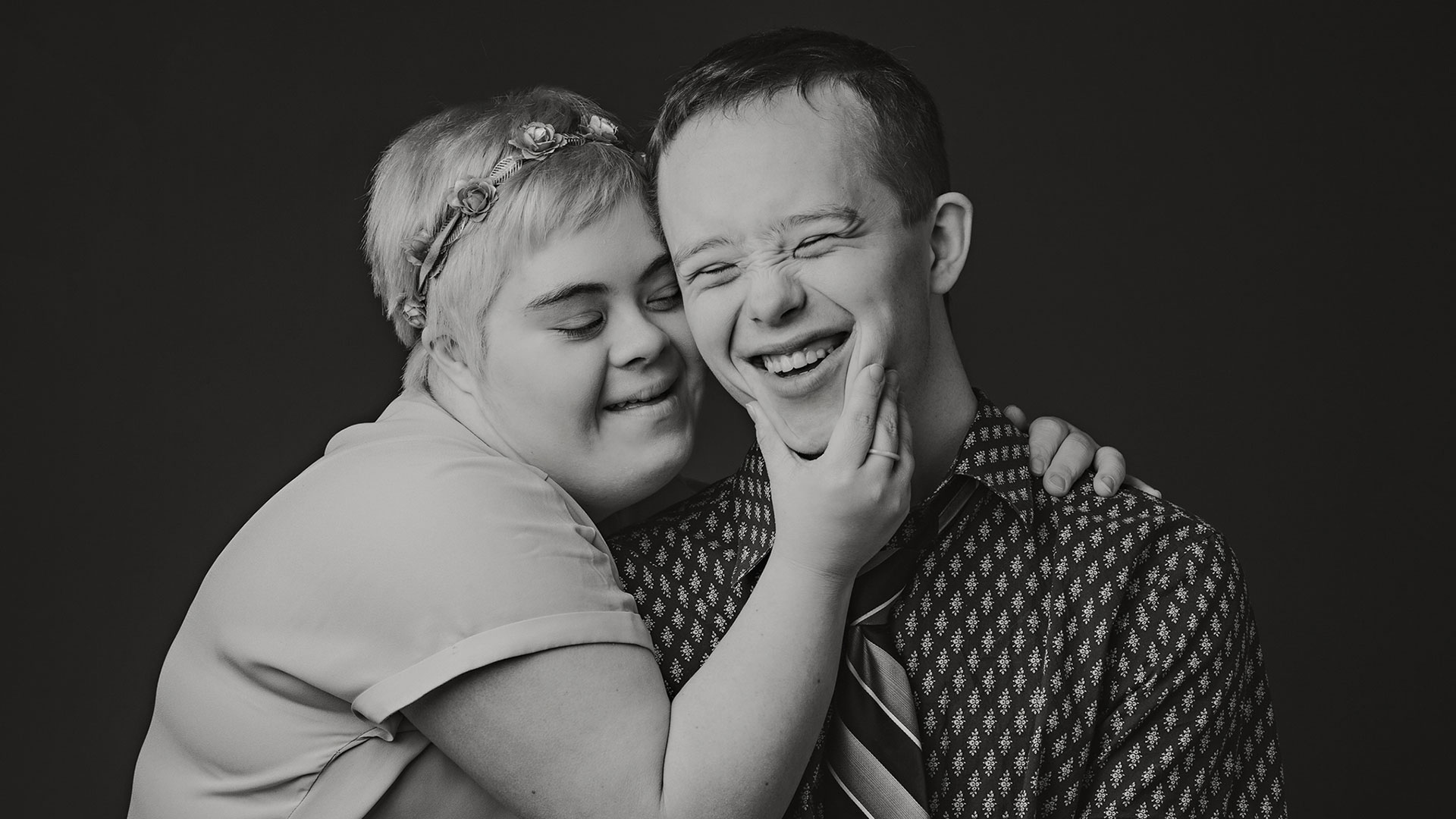 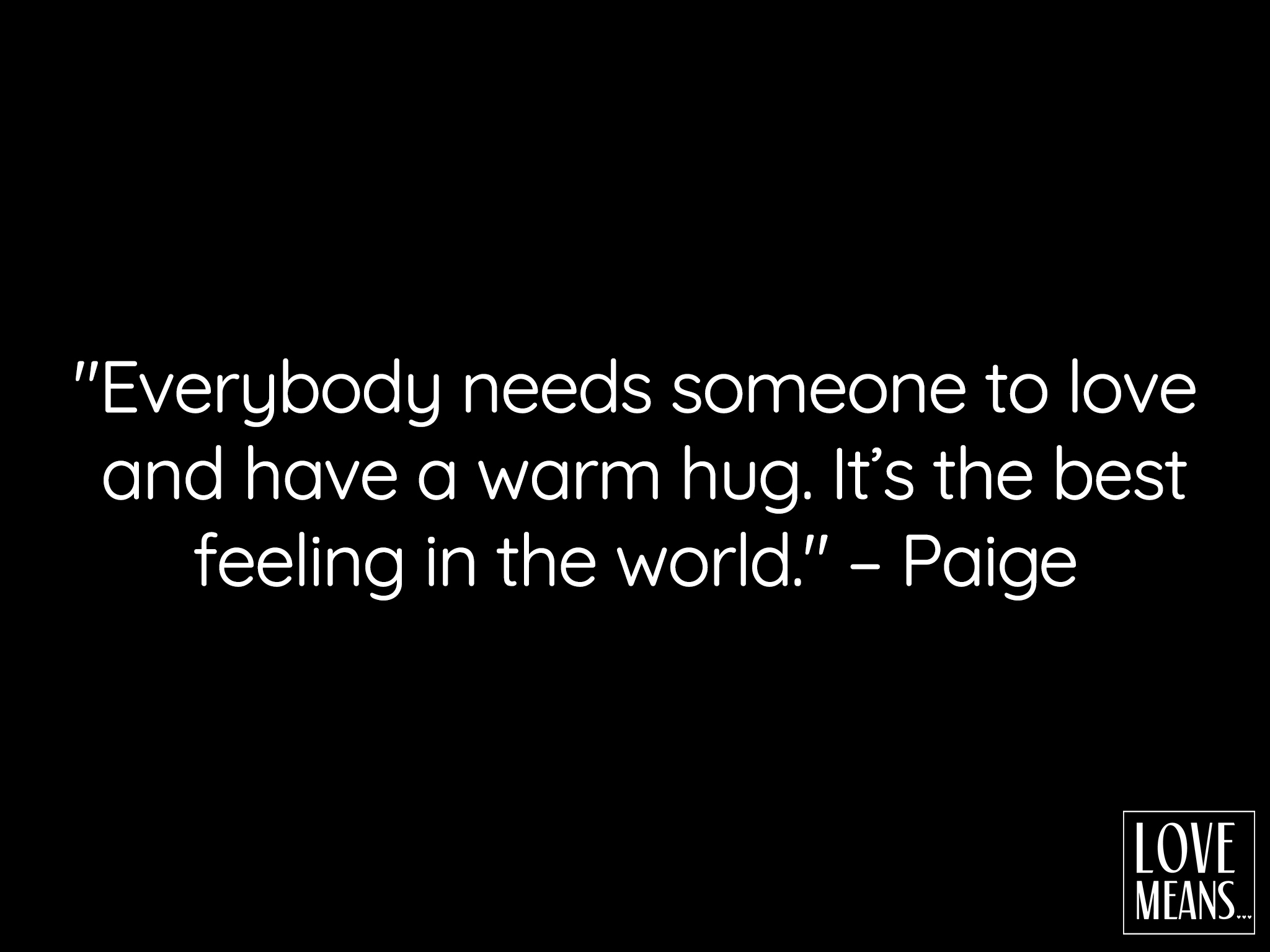 Photo Series Shows What “Love Means…” For Adults With Down Syndrome

The work by photographer Hilary Gauld, in partnership with the Canadian Down Syndrome Society, features a series of portraits which include people with Down syndrome, accompanied by explanations of what love means to them.

Recent years have brought about increased appreciation, understanding and media portrayals of love across lines such as neurodiversity, gender identity and expression, sexuality, and culture, yet the Down syndrome community has largely been excluded from the conversation.

As part of its continued efforts to dispel misconceptions and lack of understanding about the lives of people with Down syndrome, the Canadian Down Syndrome Society (CDSS) has launched an awareness initiative timed to coincide with World Down Syndrome Day (March 21).

It features nine different “love stories” about individuals who either have Down syndrome or are in a relationship with someone who does. The group includes single adults who are navigating relationships and romantic love, as well as straight and gay couples.

The individuals in the photo series show what love represents to them: Respect, happiness, trust, warm hugs, and intimacy. The images are being shared through the CDSS’s social media channels and supported by a robust PR campaign.

Gauld has spent the past eight years photographing children and adults with Down syndrome to dispel misconceptions and promote visibility. “The goal of the project is that these stories and visuals inspire, educate and create space for greater visibility of the experiences adults with Down syndrome navigate, including love,” she says. “These are just some stories and visuals of how love, both platonic and romantic, can exist, but are not the same for everyone — because no community is a monolith.”

Among the 15 individuals featured in the photo series are Paige and Tyler, who have been a couple for the past eight years; best friends Jessica and Matt; new couple Krystal and Tammy; single queer woman Ren; and Kirk and Beth, who have been in a relationship for the past 12 years. Their photos are accompanied by thoughtful interpretations of what love means to them, in their own words. Some examples:

“Everybody needs someone to love and have a warm hug. It’s the best feeling in the world.”— Paige, 25

Love means someone that understands you and loves for who you are. And be there for you.” – Matt, 30

“Love means to me that love comes in different forms and love is love.” – Krystal, 32

Laura LaChance, Executive Director with CDSS, says that depictions of romantic love within the Down syndrome community are uncommon, making it just one of the many facets of human life that the world doesn’t consider about people with Down syndrome.

“Our campaigns are always aimed at spreading awareness about Down syndrome,” said LaChance. “They also help support solutions for issues that individuals with Down syndrome face. Right now, there is an overwhelming lack of awareness and understanding about the complete lives that people with Down syndrome live, and about the range of emotions they experience. This work will change the public narrative.”

“It surprises me that there is a need to demonstrate that people with Down syndrome have and want to experience the same shared relationships and love others take for granted,” adds Margot Langis, whose daughter Ren is one of the people photographed for the campaign. “Love is a human need, and it does not discriminate.” 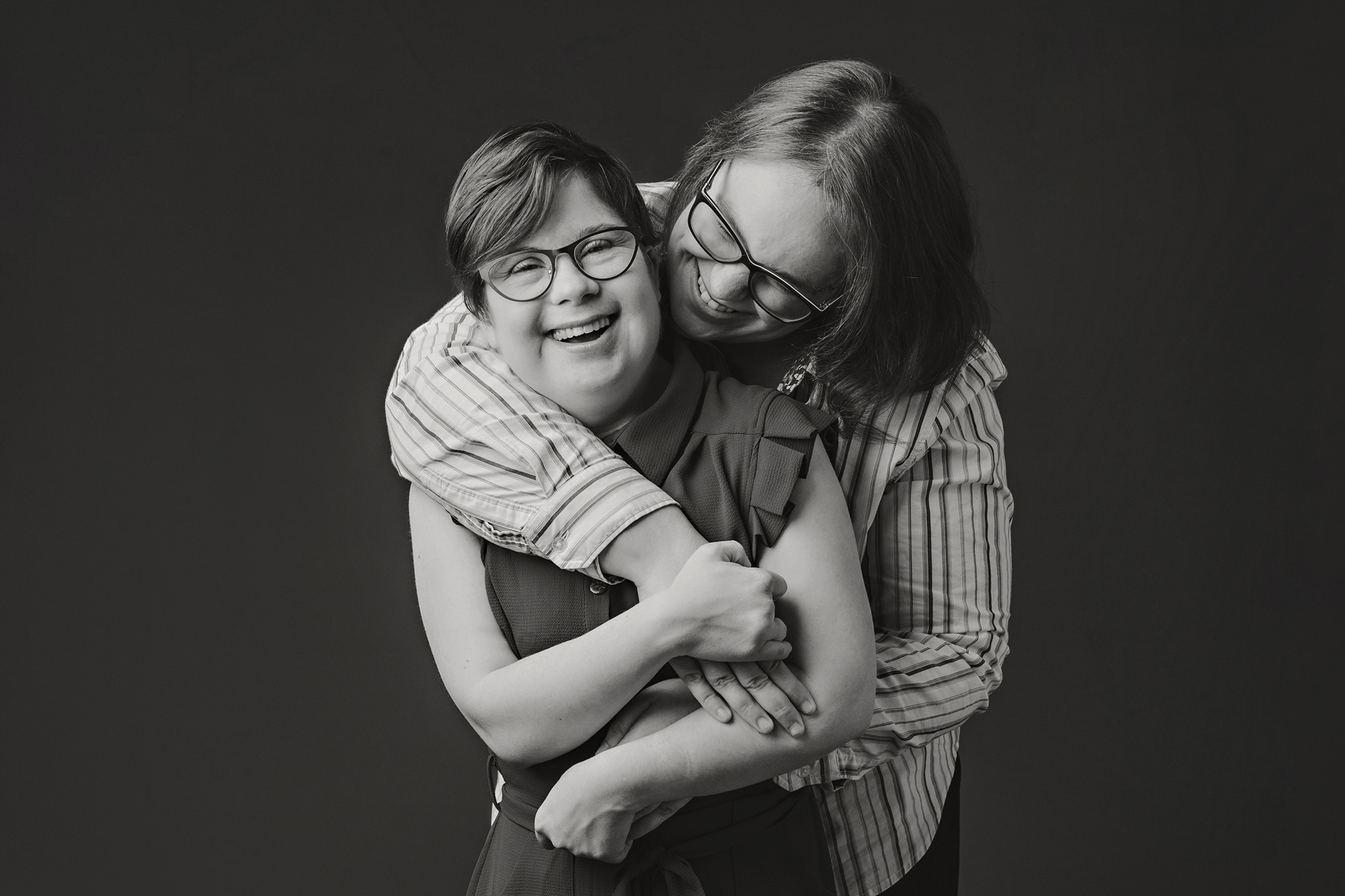 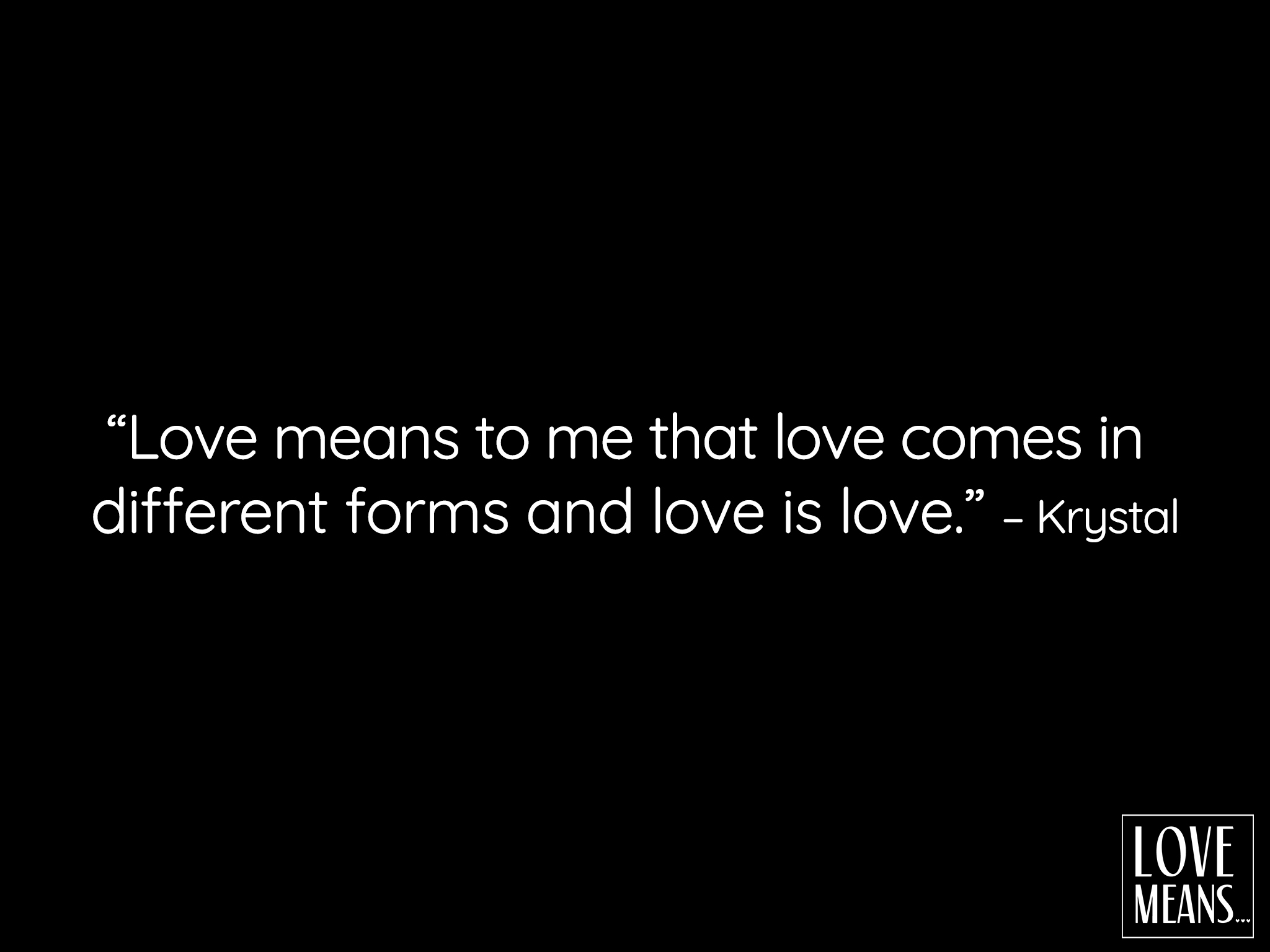 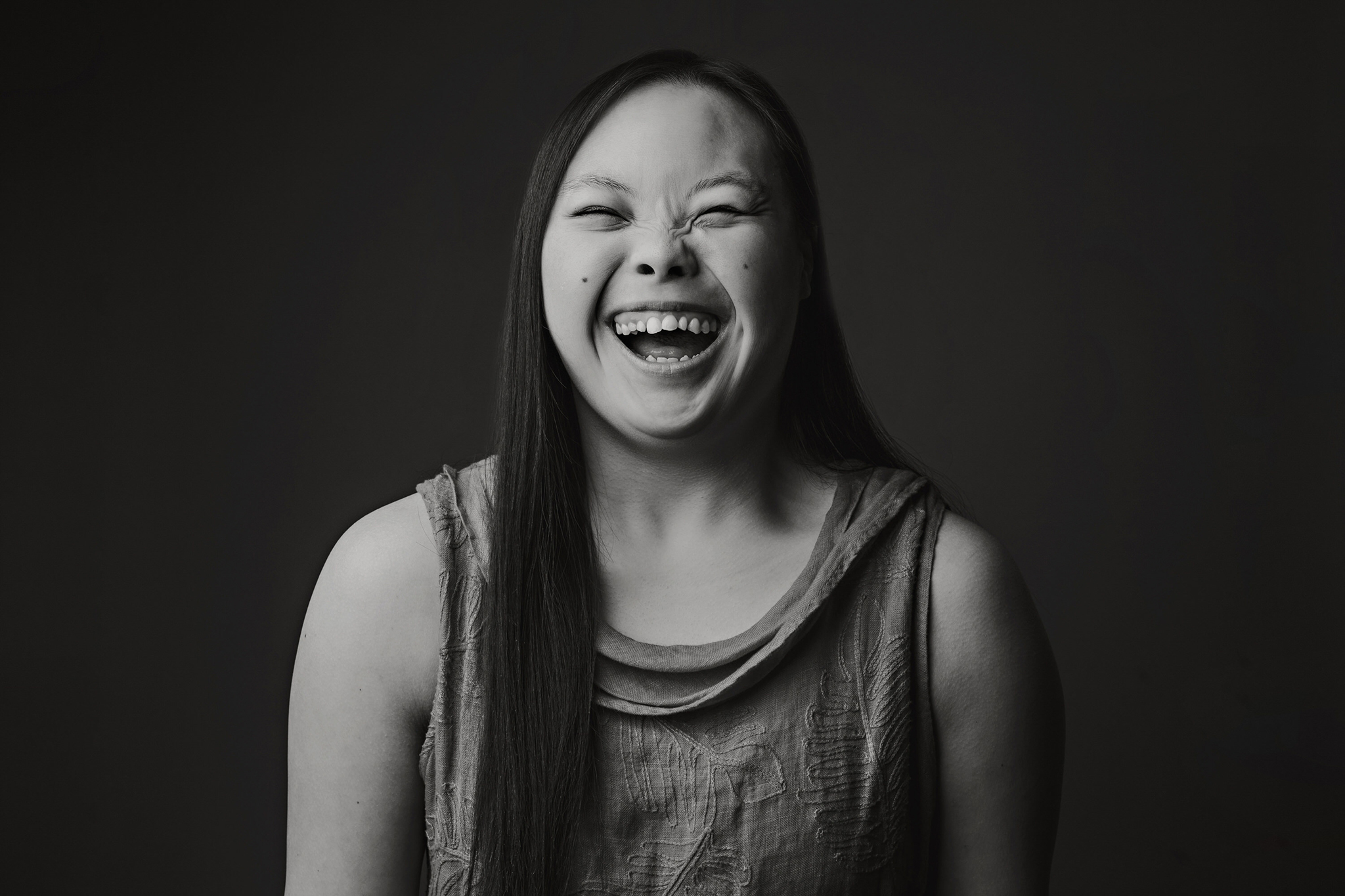 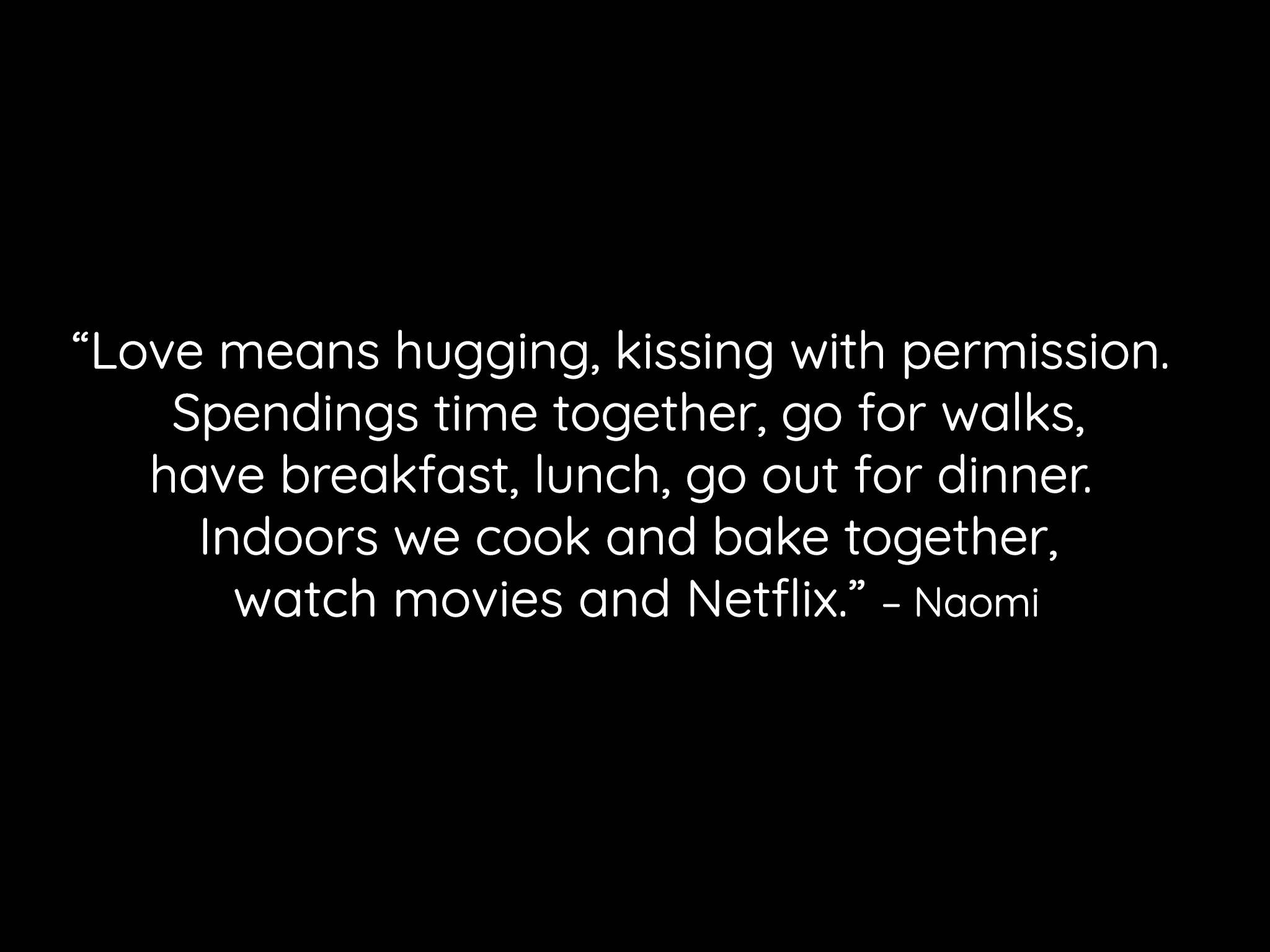 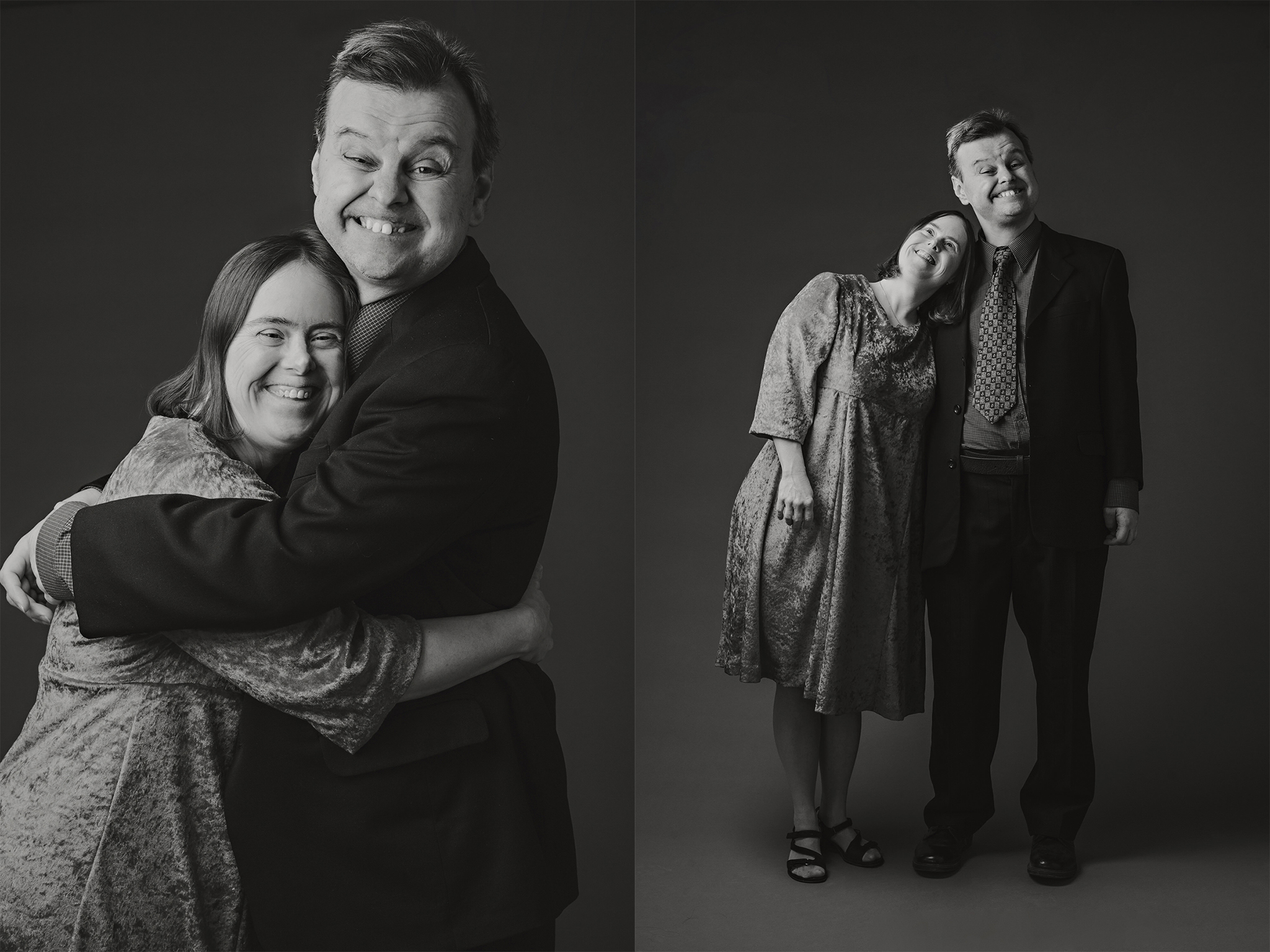 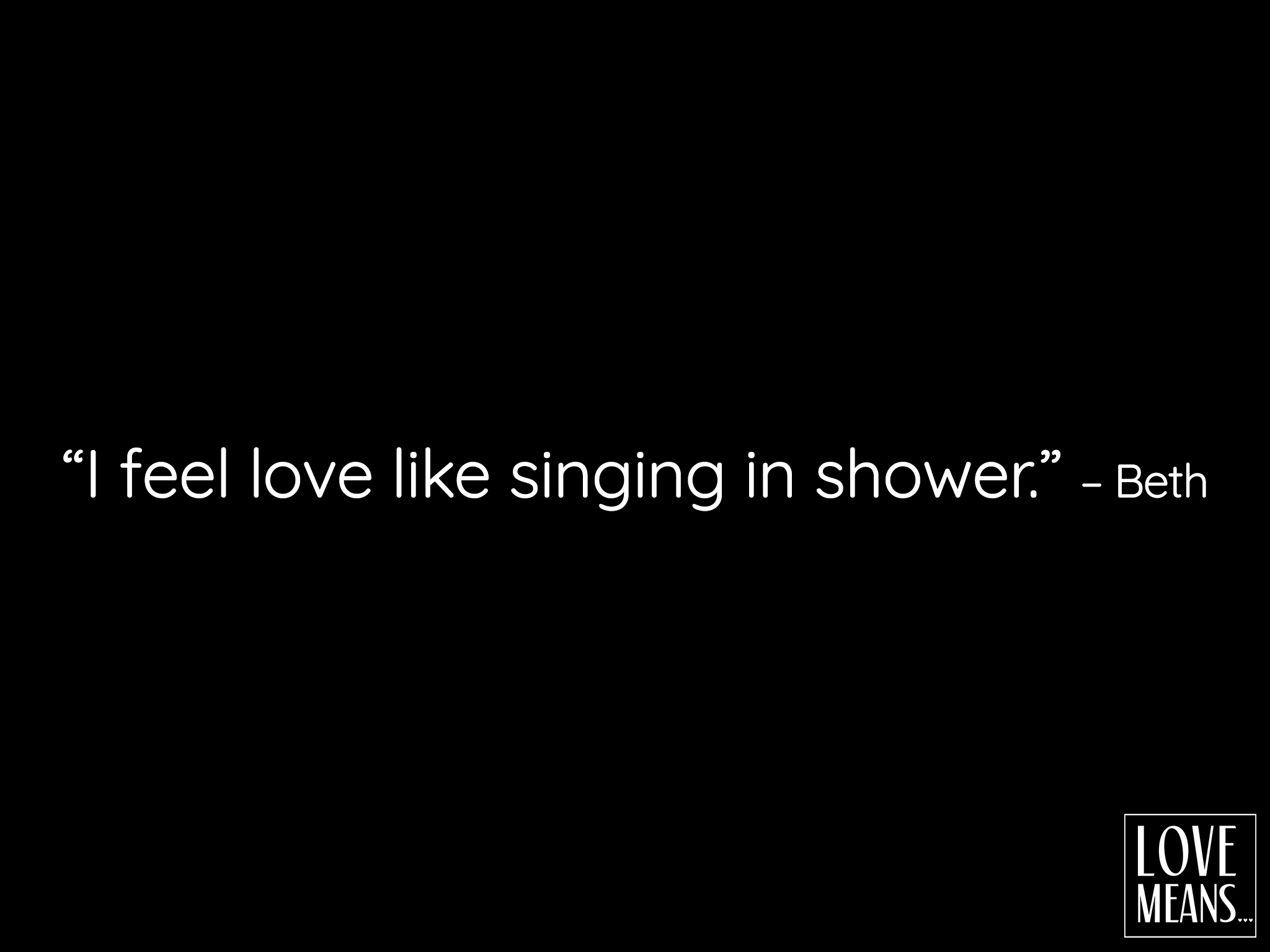 After first meeting at soccer, Paige & Tyler also ended up going to the same high school together. As a couple, some of their favourite things to do are playing hockey together, golfing and kissing in her room. They dream of getting married and moving into a house or apartment together.

Jessica and Matt met while performing in a drama company. After they had acted in a few scenes together, the coach introduced Matt to Jessica. They became fast friends, and they love going to the movies and dinners together. They are each other’s best friend and think of each other like siblings.

In June 2019, they met at the Showtime Comedy and Entertainment while helping a mutual friend at a book release concert. Krystal performed an acting/comedy skit with her social worker, while Tammy was singing. They noticed each other, but didn’t have much of a chance to get to know each other. They reconnected 3 months later, first becoming friends until Krystal expressed her feelings to Tammy and they began dating.

Ren is a recently single queer woman who felt fireworks with her previous partner, but they had different goals for their lives and decided to part ways. When she finds a new partner, she hopes to get married and have 5 kids, and to live together in an apartment. She also looks forward to having her own car and a job.

After being on the same team for a Motionball fundraising event in 2013, sparks flew. This engaged couple looks forward to buying a big house, getting married, and having kids together someday. They missed seeing each other on a regular basis during covid, but daily messages and video chats helped them stay close while staying safe. As restrictions lift, Tatem is excited to watch Michael play hockey again soon.

Kirk and Beth met at WALES (Working Adults Learning Empowering Skills), enjoying Thursday lunches together at William’s Café as friends, until 12 years ago on Valentine’s Day, Beth asked Kirk out. Now they have dates at home (which were made difficult by covid) and enjoy doing puzzles, word searches, playing Skip Bo and going out for lunch together. One of their favourite memories is slow dancing together at a big dance.

After meeting at the school where they work together, Greg & Brie have grown their relationship. The couple, who got engaged this past September, are excited to get married and live together. They really enjoy watching movies, especially comedies, and cuddling on the couch. They look forward to the pandemic being over so they can once again hang out with their friends on Fridays.

As a single woman, Naomi loves spending her time with friends, watching movies, and doing sports like rhythmic gymnastics, swimming and downhill skiing. She dreams of being in fashion or a model and a celebrity. Naomi would love to meet someone with Down syndrome who has no freckles, is taller than her brother (6’3″), dresses more modern than her dad, and is a little silly. When she does meet a partner, she looks forward to getting married and going to Paris with him.

Ryan’s hobbies include dancing, DJ-ing, and learning new things. He loves socializing with peers, and always looks forward to weekend outings with his social group. Ryan has a crush on a school friend and has made a lot of wonderful memories with her, including going to the Special Olympics and a dance together. In the future, Ryan would love to be married.

About the Canadian Down Syndrome Society:
Founded in 1987, the Canadian Down Syndrome Society (CDSS) is the national source of expertise promoting the abilities and contributions of people with Down syndrome. CDSS provides reliable information and connections to people with Down syndrome and those who support them, while positively shaping the social and policy contexts in which they live. Visit http://www.cdss.ca for more information about CDSS.