Psyop stepped through the looking glass with agency Avrett Free Ginsberg and Friskies Plus in a fantastic voyage starring Alice the Cat.

Magical swirls and plus signs from a freshly opened can of Friskies Plus unlock a secret portal in an unassuming kitchen. Alice, being a curious cat, steps through the mysterious doorway and into a wonderland (of course), where she meets chickens and turkeys, strolls across floating lily pads and finds her way to a joyful tea party in her honour.

Developing the Look
In a collaborative effort between Psyop and Avrett Free Ginsberg, the world of Friskies Plus was inspired by the surreal but familiar scenes of Alice in Wonderland and a playful poem the agency penned for the spot.

To design the cast of characters, Psyop’s artists shot photos of employees and used them as reference. “We tried to create a range of personalities. Originally, the two chickens were like gossipy roommates,” explains Lauren Indovina, co-creative director at Psyop. “They got plumper as the development process went along. We toned down the sass and gave them a little more charm.”

Working With Cats
“We wanted to create a sense of intimacy with the cat by getting close with the camera — which was really challenging. Because we were shooting in stereo, we had two ARRI Alexa cameras rigged side by side,” says Psyop co-creative director Marie Hyon. “We probably freaked out the cat a few times with that rig. We pushed the limits, but with some luck and a lot of persistence, it all worked out really well.”

An old adage in the film business warns that you should never work with children or animals, but the cats and their handler made the shoot relatively painless. “Our favorite cat, Cosmo, saved the day more than once,” says Indovina.

Agency Collaboration
Avrett Free Ginsberg’s Rachel Hutchison (copy writer) and Kimi Peterson (art director) were integral to the success of the spot. “We instantly established mutual trust and respect with them,” explains Hyon. “They had such great ideas, including the inclusion of the tea party scene. It was one of those awesome collaborative efforts that really took the project to a special place.” 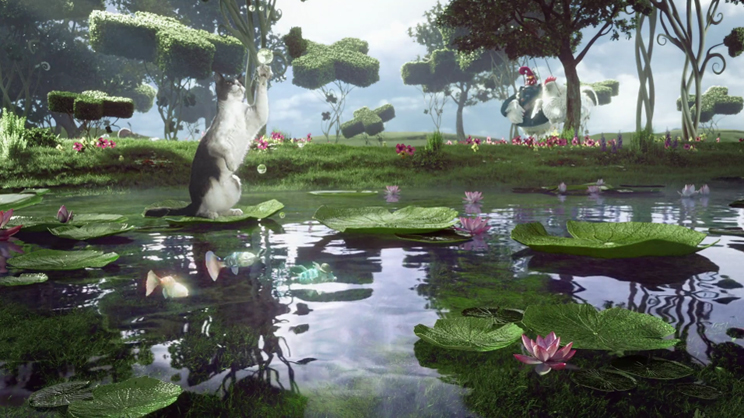 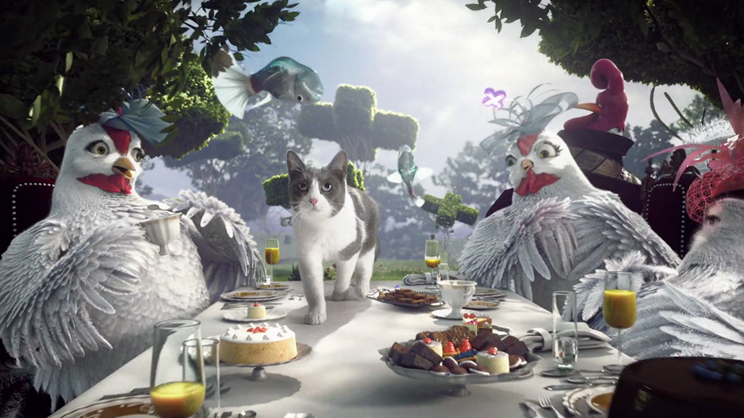