Supporting Whatever You Do in Bed

Mattress commercials aren’t typically known in ad land for being creative hotbeds, but an upstart Los Angeles-based agency has changed all that with a cheeky television campaign for mattress giant Sealy, Inc.

So, the agency conceived several playful TV spots to remind viewers that mattresses are made for more than just sleeping. The tagline: “It’s better on springs. Whatever you do in bed, Sealy supports it.”

The campaign’s latest spots brim with simplicity and innuendo. In “Tester,” (posted above) the camera zooms in on an actual, rump-shaped mattress tester as plunges down into a bed as coquettish French music extolling the product features plays on the soundtrack.

Similarly, “Good Neighbors” (also above) suggests much without showing anything. In the ad, mysterious noises emanating from the abode of an unseen owner of a Sealy Posturpedic begins attract several curious and irritated neighbors. What’s actually happening is never shown, so any inferences are entirely the viewers’ own.

Since Arcana Academy began working for Sealy, Optimum mattress sales have gone up. Tempur-Pedic’s stock price, meanwhile, dropped to nearly 1/3 of its value despite outspending its competitor by more than $150 million. Then, in a classic if-you-can’t-beat-’em-join-’em move, Tempur-Pedic bought Sealy, Inc, forming the largest mattress consortium in the world.

Created by Arcana Academy founders and award-winning creatives Shane Hutton (ex-Modernista!) and Lee Walters (ex-Arnold Worldwide), the campaign has breathed new life into a sleepy category and attracted a more youthful, vibrant audience to the brand.

The agency is housed in a converted Victorian mansion in Los Angeles. Its offices’ Baroque interiors pay homage to its mysterious name: ‘school of secrets.’ The walls are adorned with gold leaf, esoteric antiques, strange artwork and of course, advertising trophies but underneath it all is a team that aims to give consumers a fresh perspective on familiar products.

“We started Arcana Academy because a window of opportunity had opened – the kind of window that, if it were ever to close, you would spend the rest of your life saying, ‘what would have happened had I jumped through?’ says Walters. “So we did.”

“We have no illusions about taking over the world,” adds Hutton. “We want to stay small, offer our clients highly personalized service and continue to give them more, for less, faster. If that sounds suspiciously like a promise of turning lead into gold, well, it is.”

Academy – an institution of higher learning

A school of secrets. Who would think of such a thing in an industry as self-congratulating as advertising?

The Arcana Academy office sits in a Victorian mansion near the busy Los Angeles intersection of Lincoln and Washington. The building itself looks like campus of Hogwarts, yet when you ask the locals if they know it, nobody seems to recall having ever seen it.

Inside the offices, Arcana Academy is entirely furnished in the Baroque style. The theme of the agency promised on their business cards carries through to the interior of the space. Strange, esoteric symbols and artwork, wood floors, an editorial suite finished entirely in gold leaf, including a gold skull with crystal eyes watching you as you look around, and yet somehow the whole mood of the place is inviting and comfortable at the same time.

Entering co-founders Shane Hutton and Lee Walters’ shared office, every piece of baroque mixes in with the strange curiosities on the Arcana Academy shelves, some very impressive advertising trophies sit side by side with other totems from an entirely different world. A LIAA award, the female figure with her bronze wings outstretched, looks perfectly at home among the antique books, medical drawing of a human hand and framed Scarab Beetle. The heavy metal cubes given out by the Art Director’s Club share space with a small collection of Moai heads and those of the Andy Awards. Even their LA Business license looks like an exotic bank note inside its thick gold frame. Everything, by its association, is given new perspective.

Perhaps underneath all the gold leaf and secrets that’s what Arcana Academy seeks to give us, new perspective. From the look of the newly invigorated mattress industry, indeed it would seem they are. 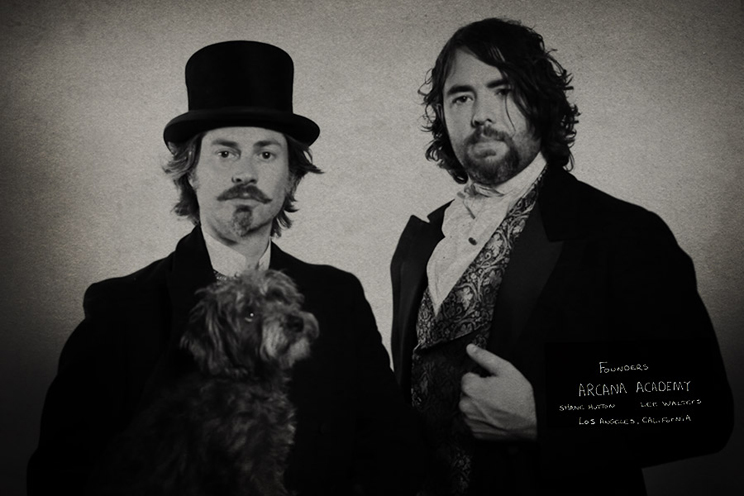 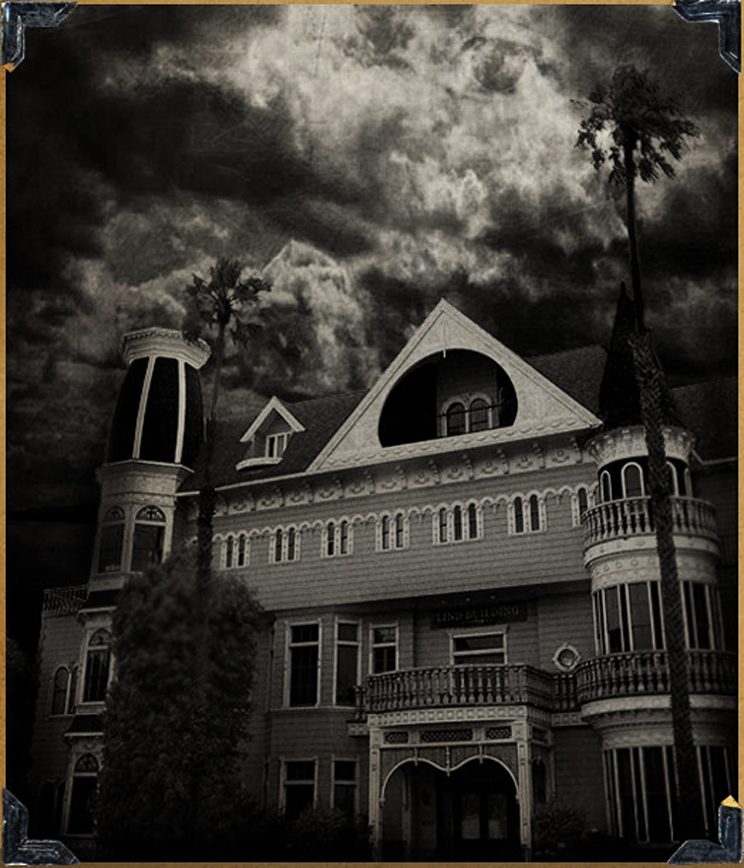