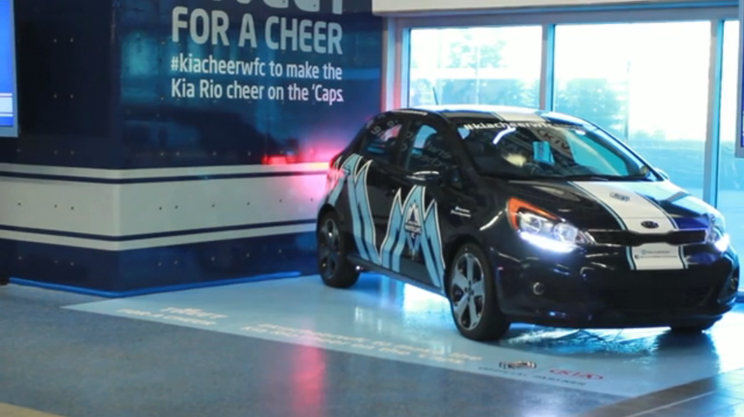 Creative agency Innocean Worldwide Canada and Thinkingbox, an alternative media studio, partnered in an experimental and interactive campaign that engaged Vancouver Whitecaps FC fans to interact with the Kia Rio.

On game days when Whitecaps’ fans tweeted with the hash tag #kiacheerwcf, it would trigger the Kia Rio to “cheer” in a series of lights, sound effects and music tracks that were custom built into the car. The experience was further heightened by animations that occurred simultaneously on two 80” monitors.

Set up in BC Place, home of the Vancouver Whitecaps FC, the call to action consisted of two breathtaking 80″ screens and a large-scale print campaign that spanned the cavernous walls inside the stadium.

Created by Thinkingbox, the custom back-end system was developed to aggregate tweets posted on Twitter in real-time. The head-turning interactive display drew plenty of attention during the three most vital times to attract impressions: pre-game, half time, and post-game.

Due to the success of the campaign, the Kia installation will continue to be onsite long-term for Whitecaps fans to enjoy.

About Thinkingbox
Thinkingbox is a touch studio that focuses on alternative media. Touch, Motion Gesture and everything digital is their focus. Serving the advertising industry they provide agencies with new ways to approach their marketing strategies that give campaigns the edge they need. 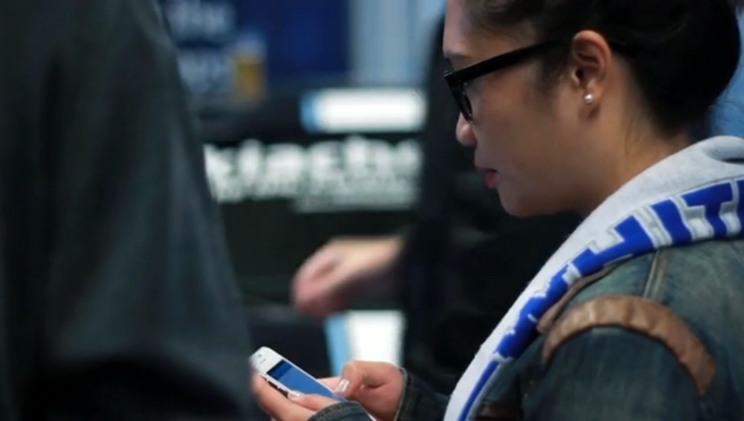 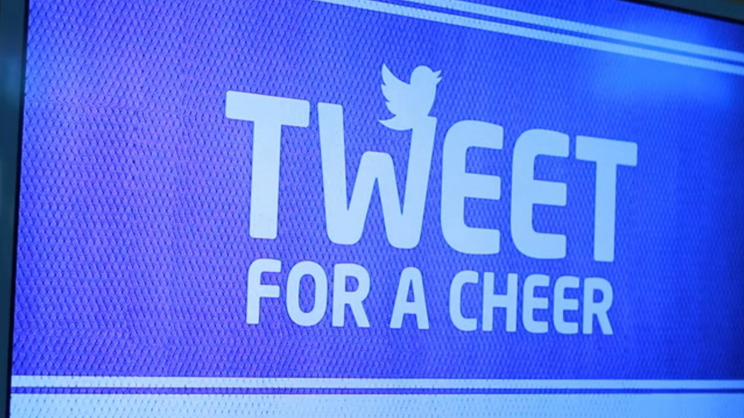 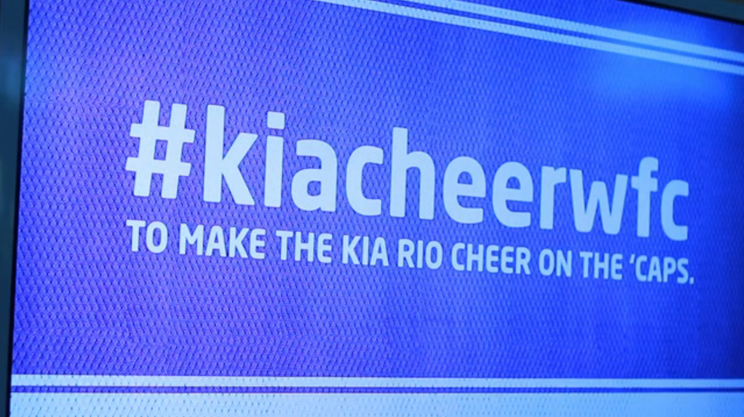