How to Hang a Jetta 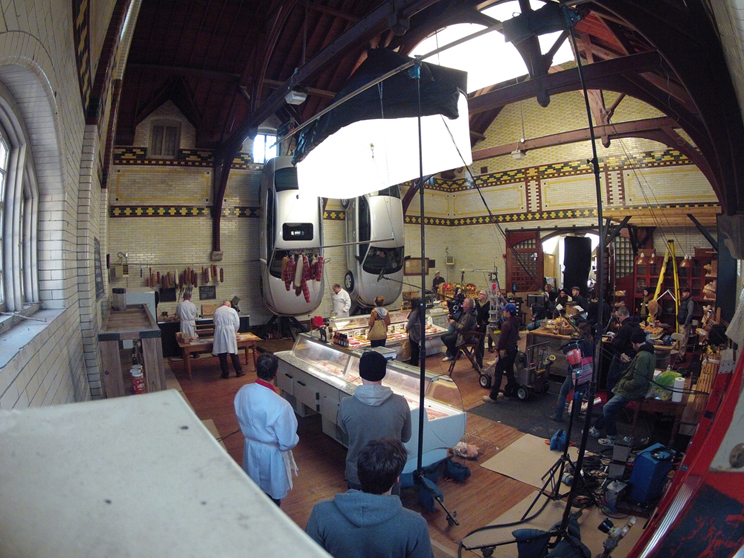 What if you could buy a new car alongside your everyday groceries? This is the scenario imagined in Volkswagen’s latest spot to promote the affordability of the Volkswagen brand and its most accessible model, the Jetta.

“Butcher”, which began airing this month, opens with a woman ordering four sirloin steaks in a traditional food market. She then asks, “How fresh is the Jetta?” just as she would while contemplating a roast or rack of lamb. The camera then pulls back to reveal two silver Volkswagen Jettas dangling and gently swaying behind the counter from the market’s ceiling. After briefly considering the affordable price, she spontaneously decides to buy the “one on the left”.

The spot, developed by Toronto-based agency Red Urban for Volkswagen Canada and directed by Untitled Films’ Jean-Michel Ravon, is an extension of a campaign launched late last year in the UK.

Since the impulse buy is familiar to most shoppers, communicating the brand’s message was easy. Executing the creative idea, however, was much trickier. Key to the spot’s believability was finding a location where two cars – at roughly 3,000 pounds apiece – could be hung from the wall or ceiling. Since Volkswagen Canada’s spots avoid using computer graphics as a way to reinforce Volkswagen’s authentic style, a very large space was needed.

“Choosing a location was tricky because we wanted the atmosphere to feel intimate, but the size of the vehicles ruled out small shop settings,” said Christina Yu, Executive Creative Director, Red Urban.

The stables of a downtown Toronto historical castle, Casa Loma, were eventually discovered and booked for the shoot. The stables provided a quaint space with high ceilings and authentic style details, like the subway-tiled walls so common in traditional food markets, which were a perfect backdrop for the concept of the shoot.

The next obstacle the team needed to overcome was hanging a hefty car from the ceiling in a way that looked seamless and believable.

“The big challenge was to hang the cars so that they would sway a little,” adds Yu. “To accomplish the stunt, we removed the engine, transmission and fluids from both vehicles to reduce the overall weight. A European trailer hook part was installed and reinforced before employing a custom rig solution to hoist the cars up inside the Casa Loma stables.”

Lynne Piette, Brand Marketing Manager at Volkswagen Canada, says, “We expect that the spot will resonate well with consumers as they begin the New Year. Providing a premium product and experience that’s accessible to the masses is at the core of the Volkswagen brand, and this Jetta commercial represents exactly that.”