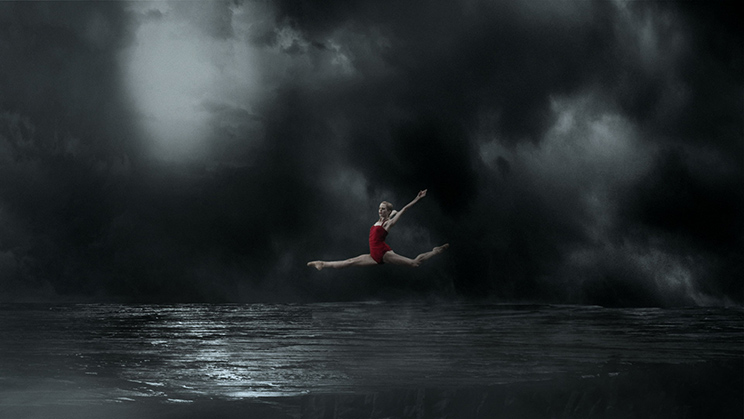 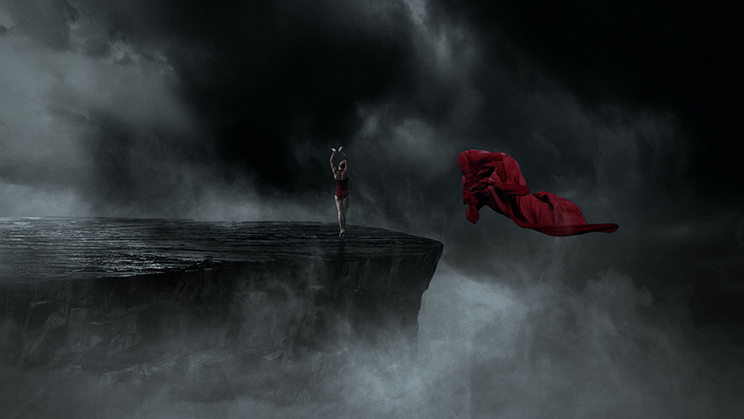 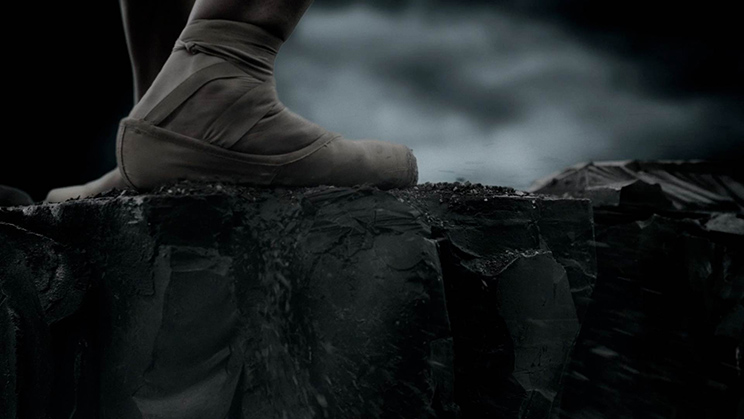 Director Ben Shirinian and Choreographer/Dancer Guillaume Côté expose the emotion of performance in an entrancing sequel, produced in association with Bravo!FACT and The National Ballet of Canada.

After the success of his 2012 short film Lost in Motion (posted below), Director Ben Shirinian has reunited with Choreographer/Dancer Guillaume Côté for a powerful new follow-up film exploring the state of mind of an artist.

While the original examined the feelings of isolation experienced by an artist before going on stage, Lost in Motion II develops the narrative by delving deeper into the spectrum of emotions felt by a performer. Produced by Krystal Levy Pictures, the film combines original choreography, stylized art direction and seamless VFX to visually interpret the experience of an artist baring their soul on stage.

The three-minute film opens on a female dancer poised dramatically on a cliff edge, and captures the fervour of her movement as she dances across an ominous yet atmospheric landscape. Adorned in a vibrant red dress that reflects the iconic stage curtains of the theatre, she pushes herself to the limits of her seemingly solitude performance. But as the film draws to a close, we see that that the dancer has in fact been performing on stage the entire time, and that the visual world is a fantasy one created by her imagination. Starring Heather Ogden, Principal Dancer for The National Ballet of Canada, Lost in Motion II fuses powerful imagery with the elegance of ballet to lure the viewer into the captivating inner-world of the dancer.

“It’s about showcasing a universal take on where any artist retreats to in their mind when they expose themselves and their work,” says director Ben Shirinian on the concept behind the film. “I wanted to create a setting that truly embodied and visually represented feelings of vulnerability, loneliness, danger, and beauty all at once. Guillaume and I came up with the physical environment of a lonely, eroding cliff top in the sky surrounded by looming, full, dark, clouds and prominent wind, rain, thunder and lighting, to represent the inner turmoil and feelings experienced by an artist.”

Shot in a studio in Toronto, the Director and DOP Jeremy Benning captured Ogden’s graceful performance entirely on green screen using a techno crane and steadicam. Shirinian and Producers Nick Sorbara and Leslie Aimée Gottlieb then partnered with Crush, who also took on effects duties for the first film, to bring the dancer’s striking environment to life. To complete the mood of the film, Editor Jon Devries (School Editing) cut the choreography to the pace of a hauntingly beautiful soundtrack. The film was coloured by Walt Biljan at Redlab.

This new release represents the third collaboration between Ben Shirinian and Guillaume Côté, also Principal Dancer for The National Ballet of Canada and star of the original Lost in Motion film. The pair first fused technology and visual-storytelling with dance for a New Media Ballet Performance in 2010, and this latest piece once again pushes the boundaries of film and dance to stunning effect.

The film was produced with a grant awarded by Bravo!FACT (Foundation to Assist Canadian Talent), a division of Bell Media Inc.

A making of film is below along with the first Lost in Motion. Credits are are at the bottom of this page.

Lost in Motion II produced in association with Bravo!FACT and The National Ballet of Canada