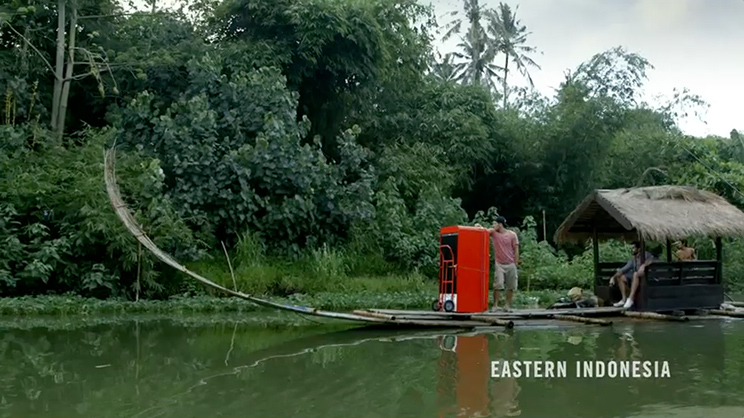 Remember the Molson Beer Fridge that only opened by scanning a Canadian passport? Well today the brand released a 2:45 second online spot, The Beer Fridge – Project Indonesia, that will air during the Canadian World Junior hockey tournament at the same length. Essentially taking up entire commercial breaks.

The new spot chronicles the journey of three real friends, two of them surprising the other one (who’s a rabid hockey fan) currently living 10,000 miles away in the Gili Islands in Indonesia where there are no motorized vehicles whatsoever. The friends come armed with precious cargo:  a satellite  system for the olympic games, and of course a red fridge stocked full of Molson Canadian. A 30-second version of the ad is set to debut on Dec. 26h. 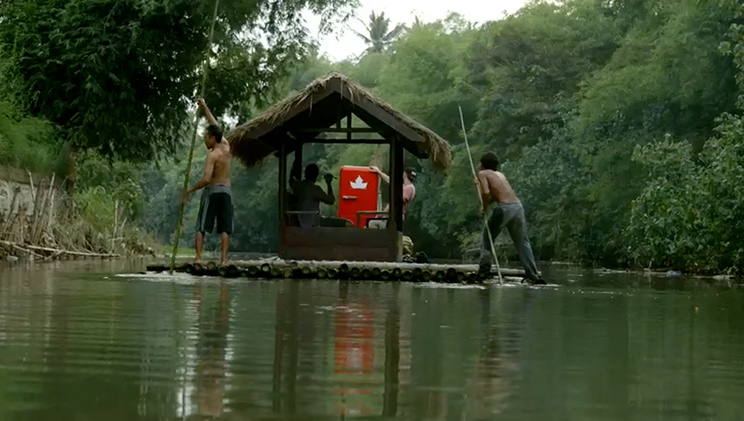 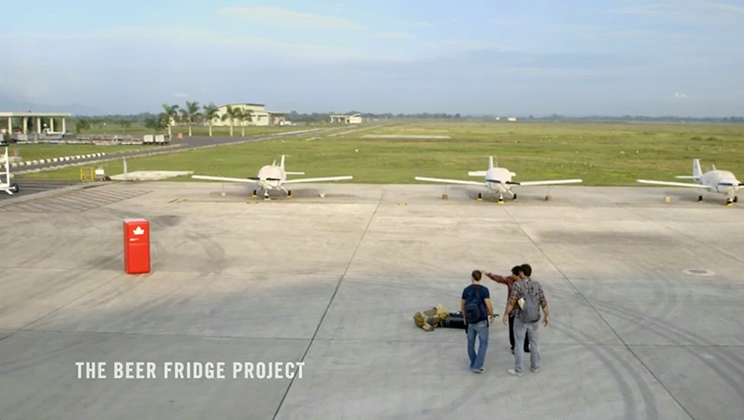 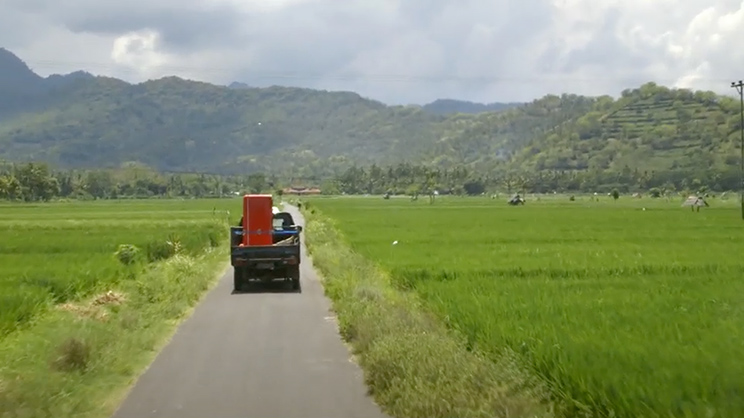 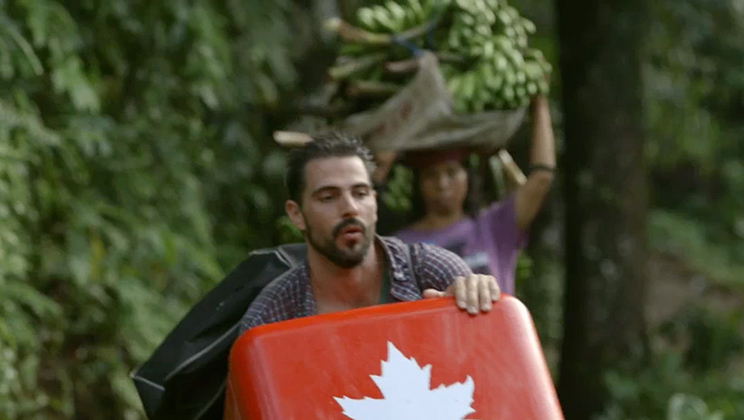 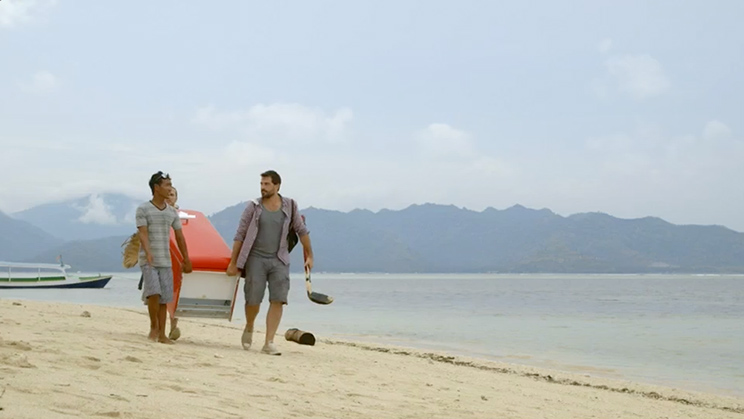 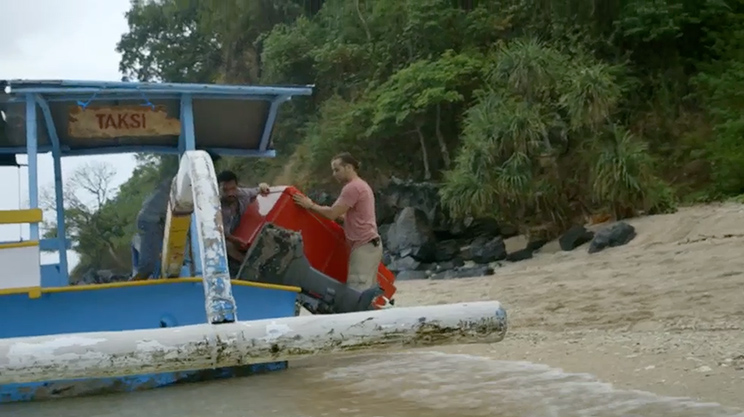 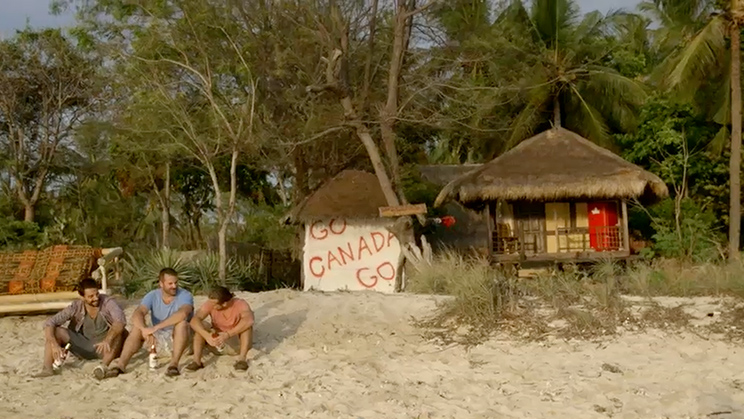