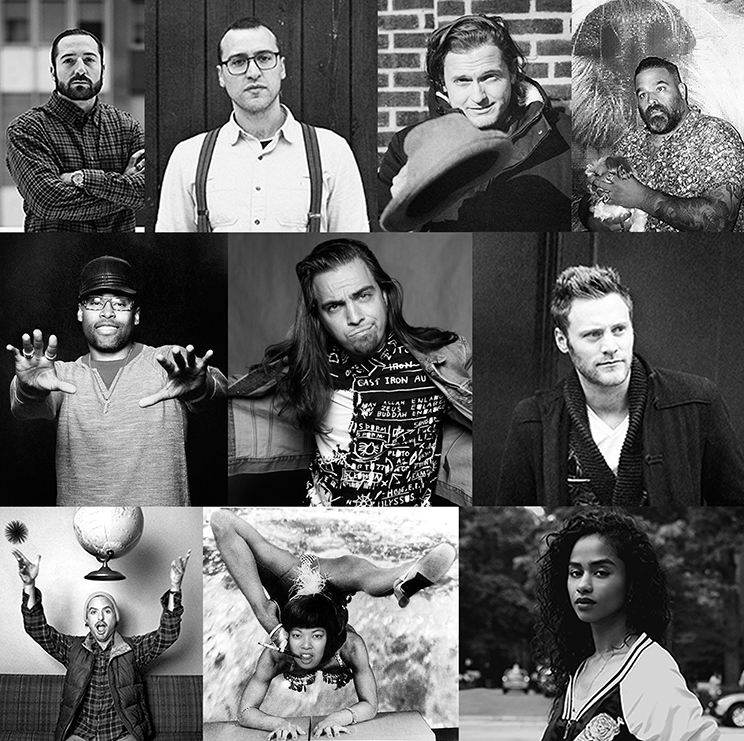 Brooklyn-based full service production company Greenpoint Pictures has jumped into Spring with a string of new signings and a brand new website. More than doubling its talent pool, the creatively-driven company has diversified its roster with eight new directors and a boost to its in-house post production facilities.

“2013 was a huge year for us and we felt the need to expand our director offerings to meet the increased demand coming in from agencies, brands and record labels,” says founder Michael Kuhn. “At the same time, we’ve always focused on nurturing young talent and we felt the time was right to officially welcome some of the up-and-coming directors that have been on our radar for a while now.”

· An in-house editor and DP at Greenpoint Pictures for years, Logan Roos is a fast rising talent with a unique toolset that results in rich, textured narrative work.

· We Are Not Pilgrims’ stylized union of image and story gives their subjects a heroic, larger-than-life feel that translates beautifully to sports, fashion and music work.

· A true Renaissance woman, NYC-based Va$htie is a director, artist, designer, creative Consultant and DJ who has collaborated with the likes of Justin Bieber, Pharrell and Kendrick Lamar.

· Olivier Agostini is a character-driven, comedic director with a distinctly quirky voice that remains subtle and easy to digest.

· Tank and Bunker’s distinct, emotionally raw style evokes a sense of authenticity that permeates their commercial work regardless of the subject.

· Toronto-based director Aleysa Young has earned awards from Cannes Lions, the Bessies and ADC of Canada for her wry humor and flawless comic timing.

· Alex 2tone’s gritty LA style creates work that is raw and edgy yet cinematically beautiful, and his reel includes videos for artists including Iggy Azalea and Liars on his reel.

The expansion coincides with new representation for Greenpoint Pictures, with Michel Waxman of MBW Represents taking on West Coast duties and Heather Guillen and Katy Richter of The Standard Society representing for the Midwest market. A full service production company since its inception, Greenpoint has also enhanced its post production capacity in preparation to take on more post-only jobs, with additional editing suites and post staff.

“We remain a family of close-knit creatives dedicated to the art of great filmmaking,” adds Michael Kuhn. “While we are growing significantly, each move is carefully calculated to maintain our reputation. The new Greenpoint Pictures is equipped take on bigger budgets and larger scale work and offer more options for clients looking for exciting directorial talent and creative vision.”

Greenpoint Pictures was founded in 2002 by Michael Kuhn, with fellow partner and executive producer Jacob Lincoln joining in 2010. Offering the full range of production services, the company is committed to producing compelling stories that foster strong connections between brand and audience.