Choose Your Own Silent Film Adventure 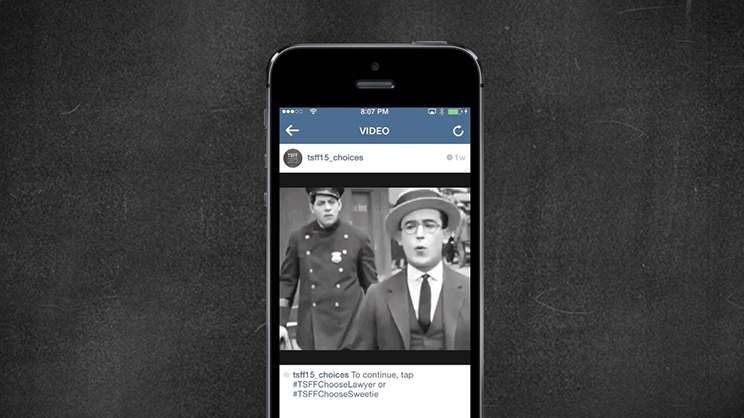 The Toronto Silent Film Festival has once again turned to Instagram to promote its 2015 Festival. This is the third year using the social platform as an awareness tool for the festival. And in keeping with its innovative approach, TSFF has created a way in which people can experience all the films being shown at this year’​s festival in a truly personal way – allowing the user to create their own film.

“Silent films are truly a personal experience when watched, the scenes accompanied by music makes the films even more unique to each viewer,” said Matthew Litzinger, President and Chief Creative Officer at Red Lion. “We wanted to see if we could illustrate that uniqueness in a new way.”

Using only scenes from the films being featured in the festival, each scene ends with a choice for the user. Based on the hashtag they choose, the platform loads the corresponding scene, each scene has two possible choices.

“The odds of someone having the exact same experience as someone else is literally in the hundreds of thousands,” continues Litzinger. “To us, it’s always exciting when you have a chance to redefine something, in this case hopefully by looking at a new medium differently, people will start to do the same with an old one.”