These Bikes Ride Themselves 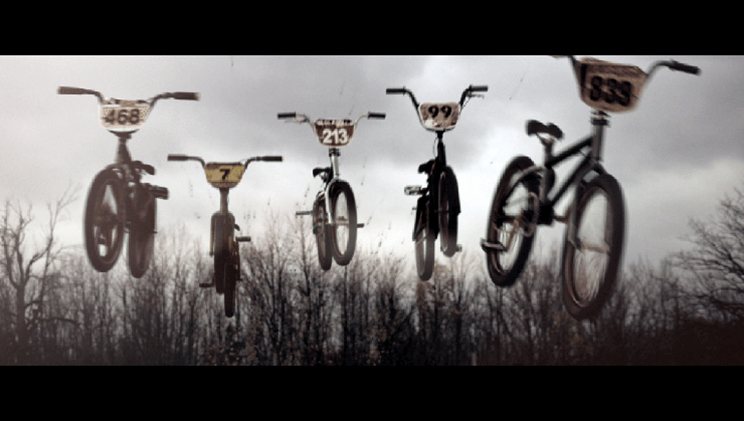 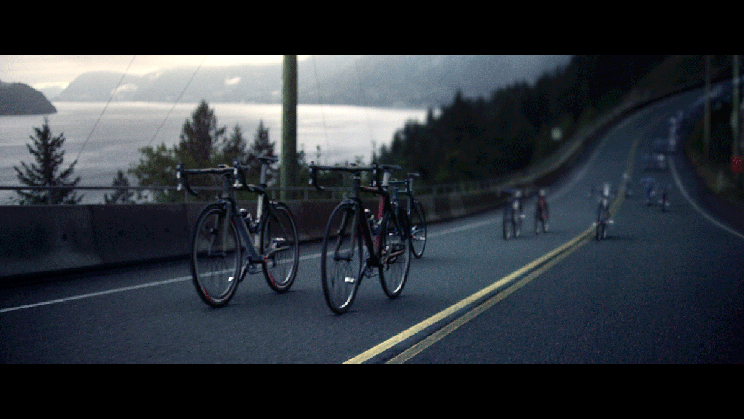 From mountains to streets, from dirt roads to velodromes, Canada is a country made for cycling. Canadians just need to hop on.

Canada is a truly wonderful country in which to be active, and combined with the growing popularity of cycling, there’s never been a better time for Canadians to get out and ride. Alter Ego recently teamed up with Cycling Canada, Innocean Worldwide Canada and Director Mark Zibert to create an intense, visually stunning film, showing just how breathtaking it can be traversing Canada’s diverse terrain on two wheels.

The 60-second spot features a variety of bicycles speeding this way and that in a number of different environments, some alone and some in large packs, some travelling extremely fast. There’s one catch. None of them have riders. The goal is to inspire Canadians to get active, and the spot serves up a succinct rallying cry to potential riders: “Hop On.”

“Having colour, VFX and animation working under one roof at Alter Ego allowed for a great deal of collaboration between artists, streamlined the workflow and allowed for greater creative control,” said Andres Kirejew, VFX Supervisor, Alter Ego.

Alter Ego’s VFX team used its talents to bring the riderless bikes to life, integrating CG with the help of crowd software Golaem’s new plug-and-play bicycle solution. Every shot had two takes, one with bike and rider, and a close match without bike and rider. The editor, Saints’ Mark Paiva, kept two synchronized edits going, developing the feel with the bike and rider shots, and using the bike and riderless edit to guarantee clean shots for CG.

“Both the client and agency aimed for an epic spot and gave us lots of creative freedom to meet this challenge — in short it was a super fun project to work on,” said Sebastian Bilbao, CG Lead Alter Ego. “Golaem provided us with flawless wheel traction and wheel ground contact. We explored several methods to obtain the most reliable motion library possible, and ended up using mostly keyframed motions because the ‘real’ motions had nuances that looked unrealistic without the rider.”

All in all, the film had 50 shots, including 25 CG shots, four of which used Golaem, and 18 paint/roto shots. Throughout the process, the Alter Ego team also drew from their personal knowledge about cycling, a shared passion in-house, to help make the film more real.

“The exciting part for me was to be able to create a filmic look with the director,” adds Wade Odium, Colourist, Alter Ego. “For all the bikes we got matte shapes for the wheels, frames and handlebars, so it make it really easy to correct each part of the bikes separately and get the specific look we wanted.”

The film is part of a campaign for Cycling Canada that aims to position the organization as the heart of cycling in Canada. It also includes print ads, a social media element serving as a call-to-action to encourage Canadians to support Cycling Canada, and a microsite hub geared towards helping Canadian cyclists learn more about cycling in Canada, sign up for newsletters, watch various videos, and donate to Cycling Canada.

About Alter Ego:
Alter Ego is an award winning colour, vfx, animation and motion graphics shop in Toronto.
We pride ourselves on aiming for perfection. To do that, you need a team of dedicated, problem-solving artists. Our team of award winning flame artists, animators, designers and colourists work together to give our clients the most integrated, real, and beautiful VFX and motion graphics in the industry, using a variety of software and hardware including Flame, Nuke, Golaem, MAYA, Cinema 4D and Baselight.
http://alteregopost.com