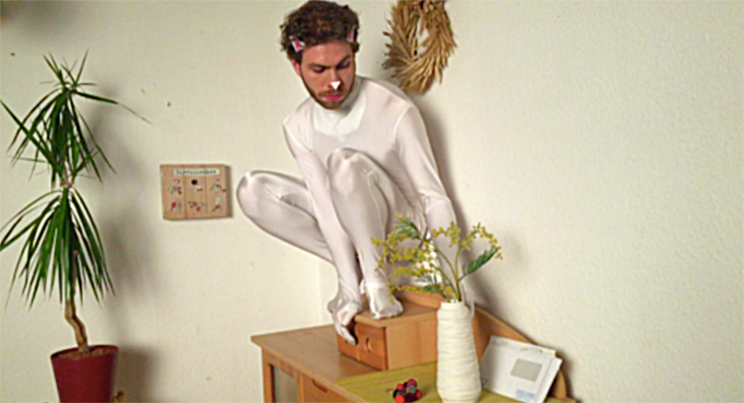 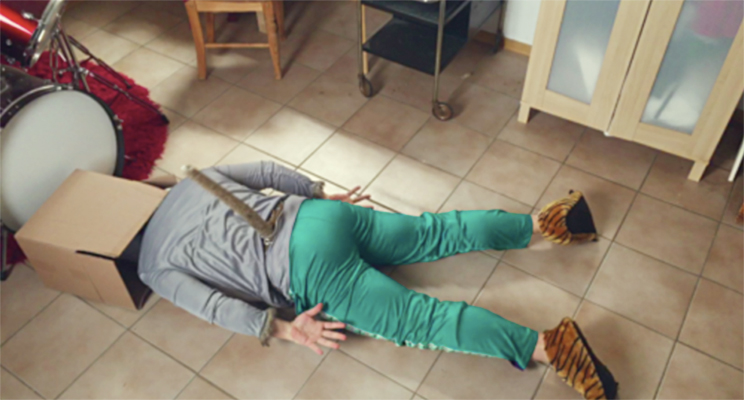 I dare you to watch this and not have that song stuck in your head for the rest of he day. Don’t worry, it’s not a bad thing.

In this spot for Volkswagen Marketing Leasing, Berlin-based creative shop Mangan has taken the social phenomenon of the internet cat video and recreated it – but switched up cats with people dressed as cats.

In the spot you’ll see Maru the Japanese cat that jumps and slides into boxes, the Roomba vacuum riding cat, and of course the asshole cat knocking over a vase.

“We began this project with an intense casting session and pre-production planning that included a stunt coordinator and a special rig to simulate the curtain gag,” Said Wehrfritz. “Cats act like diva rock stars, their demeanour is so dry, and unaffected. It’s not that the cat drops the vase but rather his ‘who gives a shit’ attitude that really makes them funny. We wanted to make sure we captured that.”

To keep the homemade or YouTube look of the genre intact, they shot all the people-cats on an iPhone 6. It turns out staying true the viral cat video look is easier than it sounds.

Director Curtis Wehrfritz, and production company Tony Petersen Film, Berlin, shot the spot over 3 days at 3 different locations. Of course the end cat and car shots were not captured on an iPhone. Post production is by NHB Studios and the cat animation was created by Fido, Sweden.

“A lot of what we think of as bad footage on YouTube really dates back along way to early days of camcorders and bad phones. To keep the film look true to that of the average viral cat video was important to me. So after some video tests, I felt it important that we not try to achieve the look in post, but rather figure out a work flow that allowed us to shoot HD on an iPhone 6.” Adds Wehrfritz. “I did however employ a handheld GIMBAL ISEEI by SHAPE. It’s a type of a handheld steady device that allowed us to control the light weight of the iPhone and use it more like a traditional camera.”


In Canada, director Curtis Wehrfritz is represented by Untitled Films.