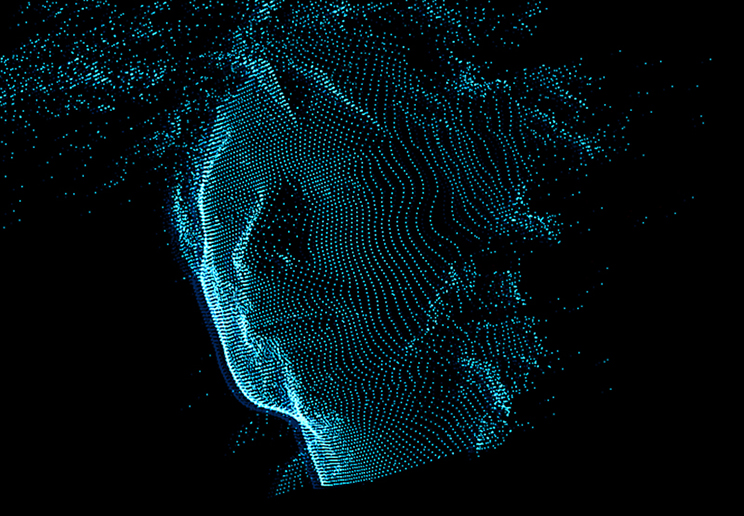 Throwback Thursday to July 2008 and this video for Radiohead’s House of Cards – which was the first music video ever to be premiered by Google. Directed by Hollywood-based director James Frost, the video was also the first to be shot without the use of any cameras and only using lasers and scanners.

Two different types of technologies were utilized for the video; the Geometric Informatics system and two lidar (light detection and ranging) systems. The Geometric system is a scanner that uses structured light to capture detailed 3D images at close proximity. The lidars are laser systems that scan large environments in 3D as well. The Velodyne lidar system has 64 lasers that rotate and capture in 360-degrees 900 times per minute and was operated during the video shoot. Aerotec also provided additional lidar images. Geometric processed their own data while 510 Systems and the Syndicate processed the Velodyne lidar data.

Director James Frost first considered the technologies that were used in the making of this video nine months ago when talking with Aaron Koblin, a data visualizer. “Aaron explained to me that UCLA and Harvard were researching real-time 3D scanning”, says Frost. “The fact images were being created with data fascinated me, I thought it would be great to utilize it in a creative way”, continues Frost.

Upon realizing that one could scan something in real-time and in 3D using lasers, Frost wanted to find a way to use the technology to make a video. “How can I use this and who might remotely be interested was the first thing that entered my mind”, says Frost. “The only band I could think of that would even entertain the idea, because of the experimental values attached, was Radiohead. I sent a proposal to their managers, whom I’ve known for a longtime, and a few months later I received an email saying Thom Yorke was intrigued and wanted to know more”, adds Frost. They then collaborated back and forth and came up with an idea to go along with the technology.

“House of Cards” was shot over two days across Palm Beach County in Florida. “The whole video was a challenge since it’s never been done before”, says Frost. “We had to go in knowing this was a rather expensive experiment, but we also knew what was capable from the technologies as we”d done enough research to know we would get an image for sure, but exactly what kind of image was still up for debate”, adds Frost.

The Geometric system was used to capture Thom Yorke’s performance, the female lead’s performance, and several close-ups in the party scene. The Velodyne lidar system was used to capture the exterior scenes as well as the wide party shots. “The most challenging part was scanning these images and then not seeing anything for two weeks while the data was processed”, says Frost. “I felt utterly helpless, yet excited at the same time, as I had no idea what the images would look like. It was a very tense couple of weeks”, says Frost. Once the files were ready, James worked with Nicholas Wayman-Harris of Union Editorial to build the edit.

Frost worked for seven weeks with The Syndicate to develop the look, camera choreography and 3D environments to finish the video. Visual effects supervisor Ben Grossman helped to translate Frost’s vision for the vaporization shots and overall aesthetic of the piece. Compositing supervisor Alex Henning worked tirelessly to get the vaporization shots to blend with the data. CG technical director Rodrigo Teixera worked with Frost and editor Nicholas Wayman-Harris to compose all the shots in 3D. Adam Watkins was the CG supervisor and Magdalena Wolf was the visual effects producer who oversaw all the day-to-day running of shots broken down by scene and frame numbers.