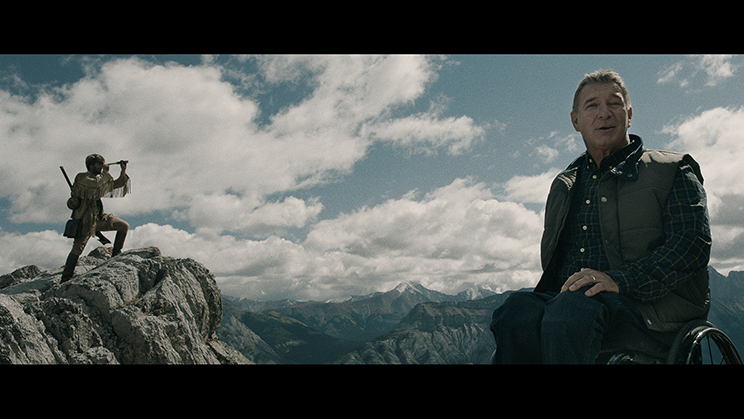 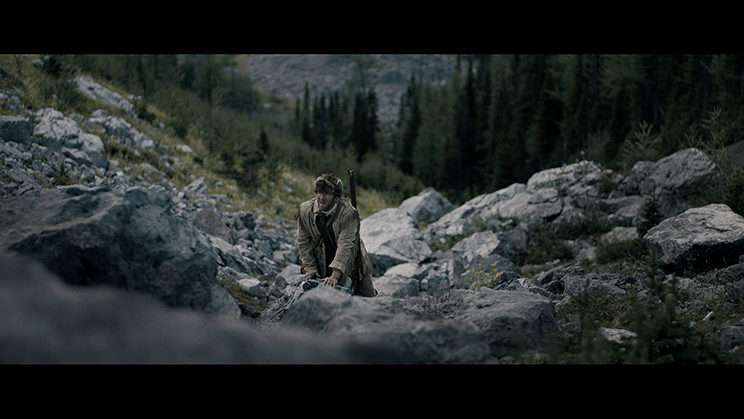 TORONTO, ON – October 19, 2015 – The HBC History Foundation is enlisting Man in Motion hero Rick Hansen to celebrate the explorer and surveyor David Thompson in its second Country of Adventurers history segment.

The HBC History Foundation created The Country of Adventurers series of historical narratives to share the stories of Canada’s adventurous past. The campaign was created by Toronto-based Red Urban, directed by Untitled Films’ David Tennant, and edited by Mark Paiva at Saints Editorial. Special Effects were handled by Alter Ego, Toronto.

“We are delighted to have the ‘Man in Motion’ Rick Hansen help tell the remarkable story of’ David Thompson,” said Richard Baker, Governor and Executive Chairman, HBC. “Hansen’s personal journey pushing his wheelchair around the globe is a wonderful parallel to Thompson’s, who also overcame a physical setback and went on to explore and map Canada and vast regions of the entire continent.”

Thompson became one of the most pioneering geographers in Canada. No matter where he traveled, he would mark down the latitude and longitude, temperature and geographical characteristics. Ultimately, he mapped almost half of North America between the 46th and 60th parallels, from the St. Lawrence and Great Lakes all the way to the Pacific. His work was so accurate that it remained the basis of all maps of the west for almost a century.

“It’s an honour to help share these inspiring stories of adventurers from Canada’s past,” said Rick Hansen, Chief Executive Officer of the Rick Hansen Foundation. “When I learned about Thompson and what he endured and accomplished in his lifetime I was in awe. By sharing his courageous story, we will inspire today’s adventurers to explore and celebrate Canada.”

Rick Hansen’s own journey to overcome great challenges began when he was paralyzed in a car accident at the age of 15. He never let his physical limitations stop him from reaching his dreams and went on to become a celebrated athlete representing Canada in the Olympic and Paralympic games. Knowing that more had to be done to break down barriers for people with disabilities, in 1985, he set out to complete the Man in Motion World Tour. For 26 months, Hansen and his team wheeled over 40,000 kilometres through 34 countries raising awareness about the potential of people with disabilities, and creating accessible and inclusive communities. Since the tour, Hansen has continued that journey to change the world through the work of the Rick Hansen Foundation.

The Country of Adventurers – History segments

“We are delighted to bring Canada’s stories to life,” said Liz Rodbell, President, Hudson’s Bay and Lord & Taylor. “As North America’s oldest company, we have a rich and authentic history that we believe is a great honour to be able to share with Canadians.”

The first history segment was released on September 21, 2015 and tells the story of Dr. John Rae, a Scottish doctor who worked for Hudson’s Bay Company from 1833 – 1856.  Dr. Rae is arguably the greatest arctic explorer who ever lived. He was the man who found the last missing link of the fabled Northwest Passage and also discovered the fate of the Franklin expedition. Narrated by Les Stroud, better known as Survivorman. Stroud is a modern day survivalist who writes, produces and stars in survival-themed programs that have run on The Outdoor Life Network, The Discovery Channel and The Science Channel.

To reach as many Canadians as possible, the 60-second and 30-second history segments will run nationally on both specialty and conventional stations, and will also be accessible online at www.countryofadventurers.ca.

About Hudson’s Bay Company
Hudson’s Bay Company is one of the fastest-growing department store retailers in the world, based on its successful formula of driving the performance of high quality stores and their all-channel offerings, unlocking the value of real estate holdings and growing through acquisitions. Founded in 1670, HBC is the oldest company in North America. With the recent completion of its acquisition of GALERIA Kaufhof Group, HBC’s portfolio today includes eight banners, in formats ranging from luxury to better department stores to off price, with more than 460 stores and 65,000 employees around the world.

About Red Urban
Red Urban is an award-winning advertising agency in Toronto, Canada and a member of the Omnicom group of companies. Operating as a boutique creative agency with the resources of a global network, Red Urban’s clients include Subaru, Porsche, Alexander Keith’s, Nestlé Purina and Renaissance Investments, a division of CIBC.  www.redurban.ca