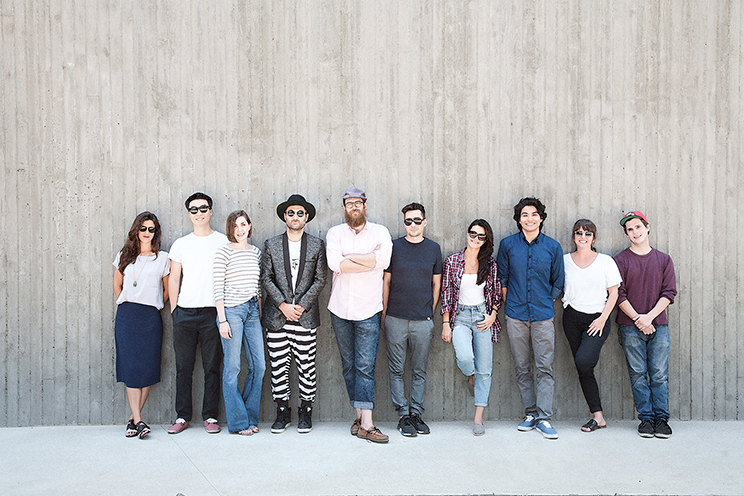 Squeak E Clean Productions is pleased to announce some exciting new changes to its management team that have made it bigger and bolder than ever before.

Amy Crilly, formerly Senior Producer, has been elevated to Executive Producer. She will be responsible for driving future growth for Squeak E Clean by expanding opportunities for the company and recruiting both creative and production talent. Crilly, a music industry veteran, brings close to a decade of production experience to the role. She’s overseen music on a number of award-winning campaigns, including “Swagger Wagon” for Toyota, “Hum” for Prius and “Gas Powered Everything” for Nissan. Her credits also include work for major brands, such as Apple, Samsung, Lexus, Lincoln, McDonald’s and Target.

Rob Barbato, formerly Associate Creative Director, has been promoted to the role of West Coast Creative Director. He will help Squeak E Clean galvanize the way it works with its clients by positioning the studio as more of a partner in creative collaborations right from the start of a project, while also making more authentic, original music with bands and artists to have on reserve. Barbato is a celebrated award-winning composer, producer and musician. He’s toured and recorded as a side-man of the critically acclaimed singer-songwriter Cass McCombs, and was a member of the seminal UK post-punk band The Fall. He’s produced records for artists such as Bleached, Kevin Morby and La Sera, and composed music for Nickelodeon’s Sanjay and Craig, and IFC’s Maron. Barbato garnered an Emmy and Silver Lion at Cannes for his work arranging “Beautiful Dreamer” for Canon’s “Inspired” spot via Grey New York, and has a commercial portfolio that also includes original compositions for brands such as Facebook, Honda, Target and Under Armour.

“Nothing’s better than making great stuff with great people,” says Sam Spiegel, Founder, Squeak E Clean. “Our work and our squad have never been stronger. We have some more exciting stuff coming out in the next couple of months, and i’m excited to see what the next year will bring.”

Crilly and Barbato’s appointments are the latest exciting developments in what’s proving to be another banner year for Sqeak E Clean. The studio is coming off a very successful performance at the Cannes Lions where it was awarded three Lions for its original compositor for Adidas called “Your Future Is Not Mine,” which was composed by Squeak E Clean Creative Director and veteran composer Justin Hori. The score won two Golds, one for Best Use of Original Music, and another for Best Music/Brand Partnership in conjunction with Johannes Leonardo. It also won a Bronze for for Music Video – Brand and/or Product Integration (Entertainment for Music). View the spot at the top of this post.