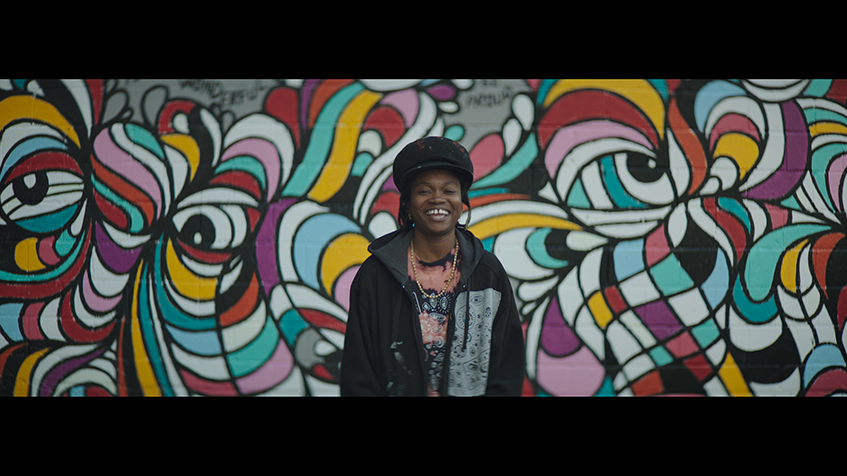 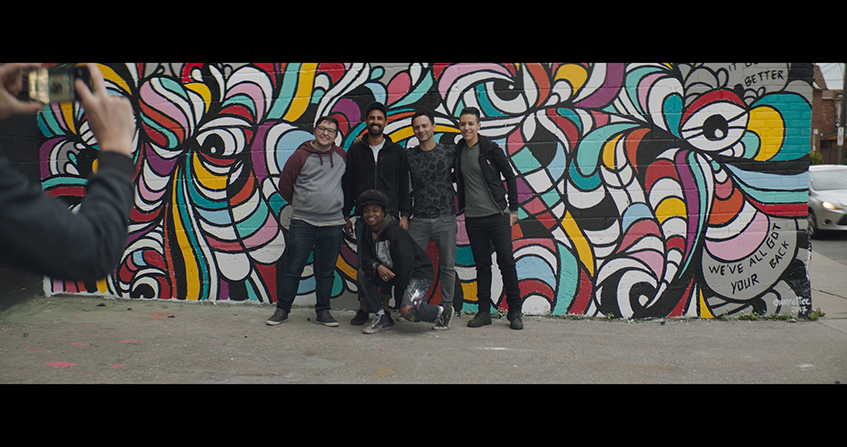 Mercedes-Benz Canada is using the transformative power of art to show its support for the LGBTQ2 Community. A recently-unveiled mural sends a message of love and inclusivity to passers-by in Toronto, while the corresponding digital campaign takes a stand against abuse and hate speech on a national scale.

“We wanted to take a stand and shine a light on the real effects of hate speech and homophobic/transphobic vandalism,” says Virginie Aubert, Vice President of Marketing at Mercedes-Benz Canada.

BBDO Toronto, Mercedes-Benz Canada’s agency of record, developed the concept and commissioned Toronto-based queer artist Thomarya “Tee” Fergus to create a mural that was inspired by conversations with people from the LGBTQ2 community who have experienced hate speech, bullying and discrimination. Based on their stories, Fergus created a mural she hopes will encourage healing.

“This is a piece that is meant to reflect not where we were, but how far we’ve come,” Tee explains. “When people see it, I hope they feel a sense of possibility, change, and excitement. I want them to see the journey of the people interviewed and their own journey, too.”

The interviews and the process of creating the mural were captured for a short documentary. The five-minute documentary, Painted with Love, is part of a digital campaign that aims to show the real impact of hateful words and slurs by sharing the stories of those who have been affected by them.

Among those interviewed for the project is Daniel Malen, whose home in Toronto was vandalized. “I felt violated. It was my house. It’s sad that people would take the time to write that,” says Malen, going on to say “Love 1000% overcomes hate. One person did something to a garage and 100 people had our backs. Complete strangers offered to paint our garage.”

“It’s been an honour to have the opportunity to tell these individuals’ stories,” says Mark Bone, who directed the short film. “Unfortunately, they’ve all experienced hate speech and bullying because it remains far too prevalent. People shouldn’t have to endure that kind of treatment. I hope this documentary makes an impact by bringing this issue to the forefront.”

“It’s easy to ignore hateful words when they’re not directed at you,” adds Dan Gaede, VP Creative Director at BBDO Toronto. “With this project, we wanted to share stories from people who are targeted and demonstrate the real impact of hateful speech. We also want people to know they are loved and accepted regardless of their identity. In addition to combatting the negative speech, hopefully this will inspire more positive conversations.”

The launch of the campaign coincided with Mercedes-Benz Canada’s sponsorship of Pride Toronto 2017. Mercedes-Benz unveiled the mural and documentary at a small screening on Thursday, June 22. Even before the official unveiling, however, the mural – painted on the exterior of a warehouse at Dovercourt and Dupont – was drawing attention. People were posting pictures online, often with #LoveTransforms in the caption, a hashtag that mirrors language from the mural.

“We’ve seen beautiful messages posted with pictures of the mural, which has inspired a powerful message: #LoveTransforms. I hope these positive conversations continue. Ultimately, this project is about helping people understand the power of their words. Words can hurt, but they can also help when people speak up and show their support of one-another,” says Aubert.

A Trailer for the Film

A Bumper for the Film

Mercedes-Benz Canada at Pride Toronto
Building on the relationship that was established with Pride Toronto over four consecutive years through the smart brand, Mercedes-Benz is thrilled to have expanded its commitment as a sponsor in 2017. From June 23 to 25, Mercedes-Benz Canada hosted a weekend-long dance party at the corner of Church and Maitland that featured live DJs. Visitors also had an opportunity to leave their mark on an interactive photo mosaic. On Sunday afternoon, Pride’s Grand Marshal and VIPs travelled the parade route in Mercedes-Benz convertibles.

About BBDO Canada
BBDO (www.bbdo.ca) manages the communication needs of many of Canada’s largest and best-known brands and has consistently earned a creative reputation that places it among the top creative agencies in Canada. BBDO Canada is a subsidiary of BBDO Worldwide, which is part of Omnicom Group Inc. (NYSE:OMC) (www.omnicomgroup.com), a leading global advertising, marketing and corporate communications company.