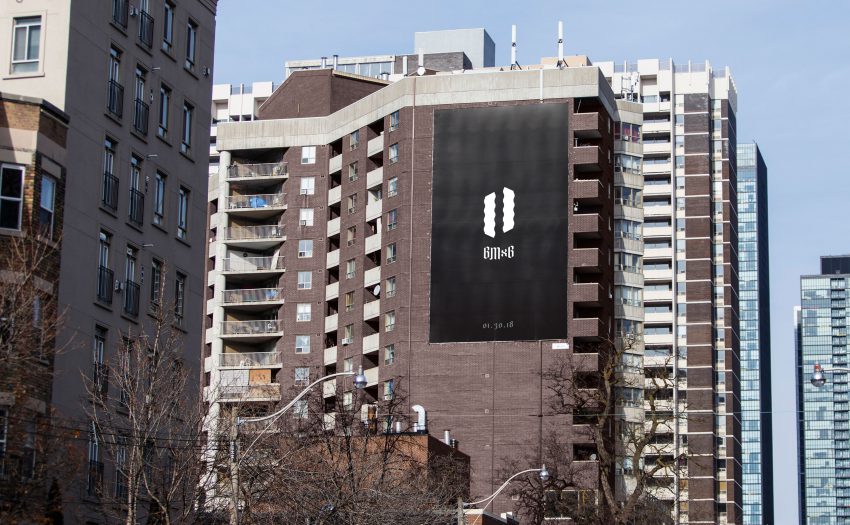 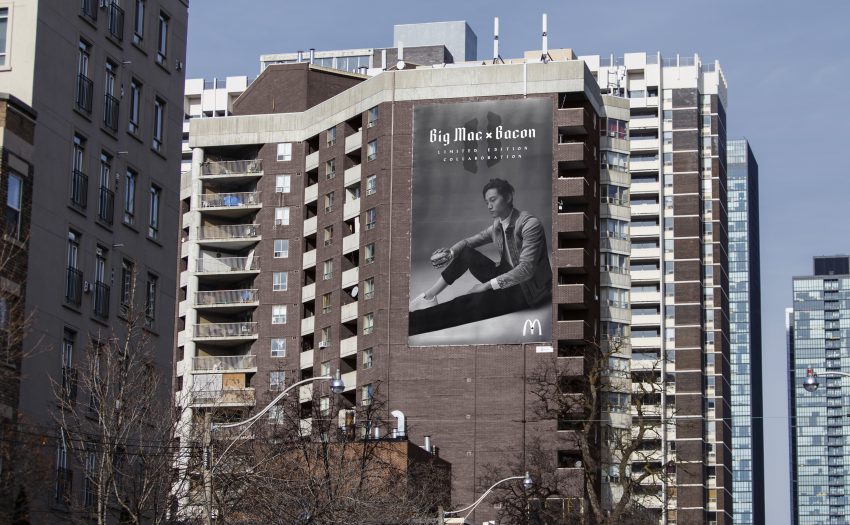 McDonald’s plays off of sneaker culture to hype up its latest offering.

The collab launched with a weeklong teaser campaign across the country, filled with cryptic black and white imagery and design that played off fashion and sneaker culture, hinting at a mysterious upcoming collaboration: “BM x B.” A teaser TV spot aired during the Grammy’s to hype up the new mystery collab. “It’s the combination of two greats. Two powerhouses,” a mysterious voice said.

On January 30th, it was revealed that this next great release is actually the collaboration of Big Mac and Bacon. A series of cheeky black and white films across television, online, and outdoor, feature high fashion types analyzing and explaining this new collab’s importance to culture.

“We really wanted to showcase the Big Mac in a modern and relevant way by integrating it into pop culture, while at the same time not taking ourselves too seriously,” says Antoinette Benoit, Chief Marketing Officer, McDonald’s Canada. “We took inspiration from how a fashion company might launch an exclusive collection by revealing the promotion as a limited-edition collaboration, through a series of billboards and ads until we finally revealed the Big Mac, treating it like the cultural icon it is.”

“Over the course of its 50-year history, the Big Mac has become a culinary icon and the recipe has remained unchanged since its introduction. That’s pretty remarkable,” says Jeff Anderson, McDonald’s Canada Chef. “The addition of another Canadian classic—bacon—to the sandwich for a limited-time symbolizes the modern McDonald’s journey, with innovative menu items alongside much-loved classics.

The campaign was created by Cossette. credits are at the bottom of this page. 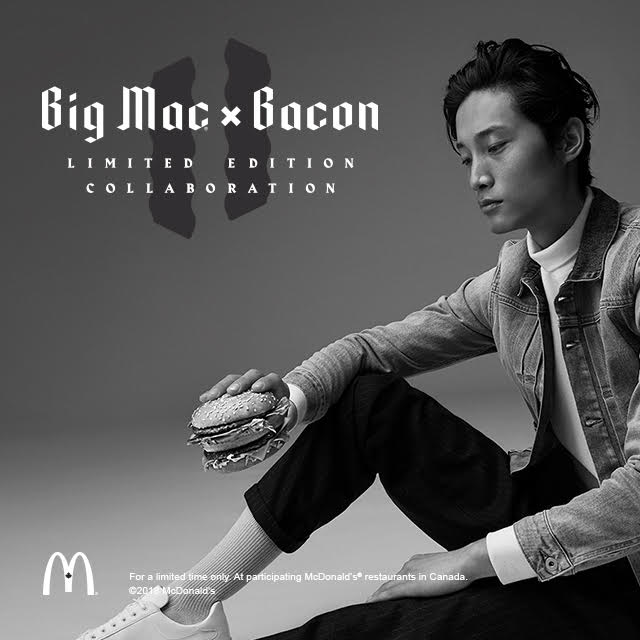 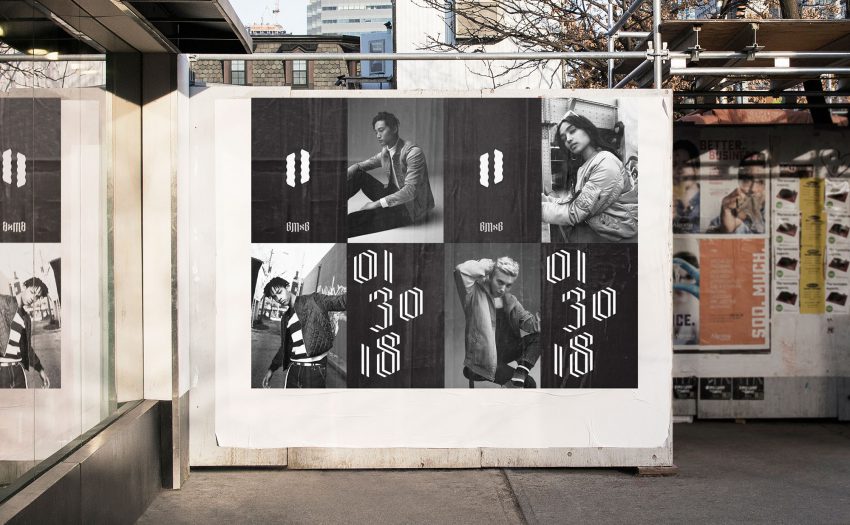 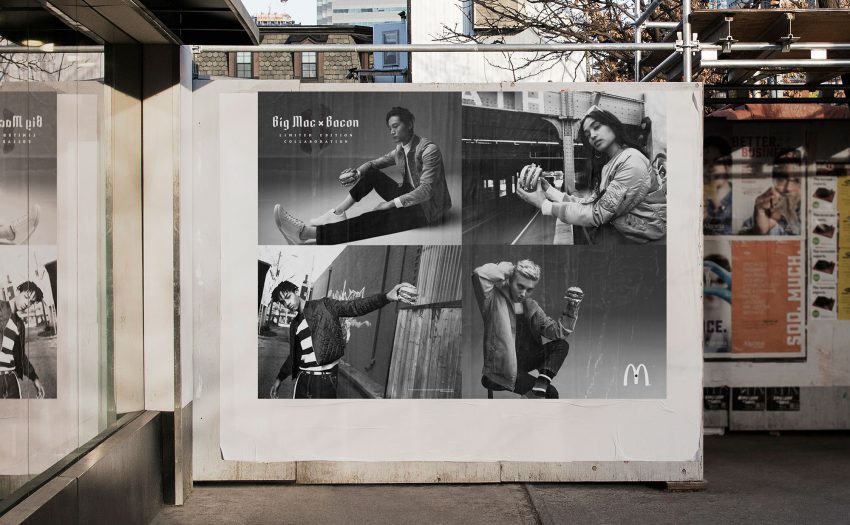 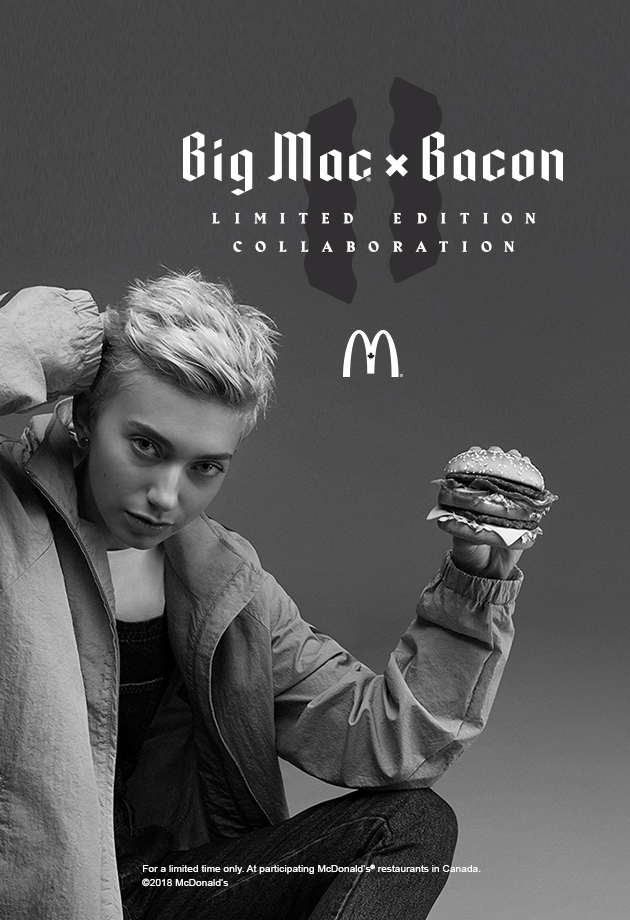 About Cossette
Cossette is a fully integrated marketing communications agency that offers a complete range of cutting-edge communications services. It’s a community of talents, a unique gathering of expertise and creativity that builds strong brands for its clients and maintains a dialogue with consumers.

Cossette was named Agency of the Year by Strategy magazine in 2016 and 2017. The agency currently has offices in Halifax, Québec City, Montréal, Toronto and Vancouver, and has been making strides to become a major player in the global advertising community. To learn more, please visit cossette.com.

About McDonald’s Canada
In 1967, Canadians welcomed the first McDonald’s restaurant to Richmond, British Columbia. Today, McDonald’s Restaurants of Canada Limited has become part of the Canadian fabric, serving close to three million guests every day. Together with our franchisees, we proudly employ nearly 90,000 people from coast-to-coast and approximately 85 per cent of McDonald’s 1,400 Canadian restaurants are locally owned and operated by independent entrepreneurs. Of the almost $1 billion we spend on food, more than 85 per cent is purchased from over 100 suppliers in Canada. For more information on McDonald’s Canada visit McDonalds.ca.