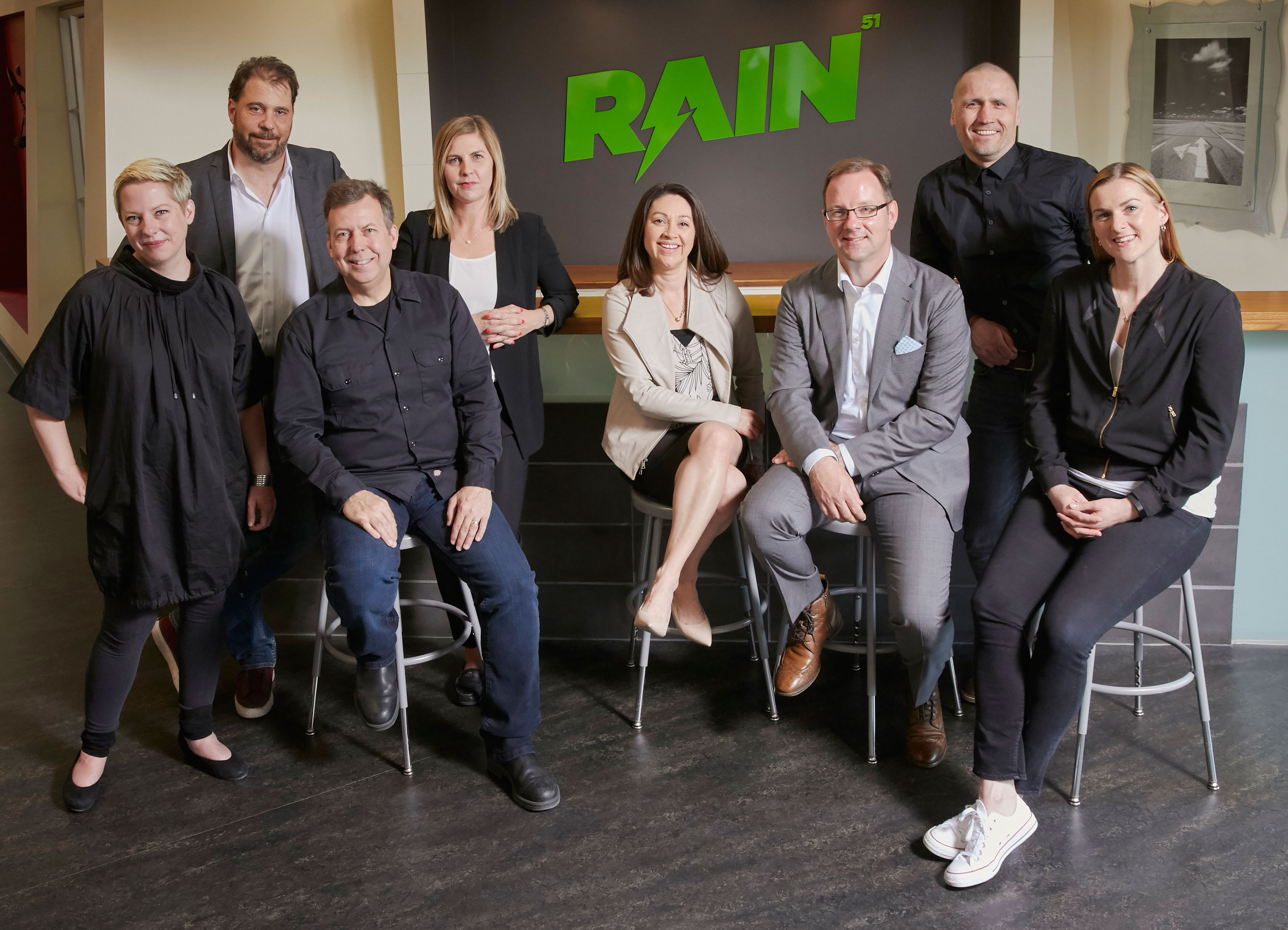 Rain43 has officially expanded nationally with the opening of its first regional offices in Calgary and Vancouver. Both agencies will operate underneath the new national banner, Rain. The “43” represents the latitude of Toronto, and each new city in the expansion will follow suit – making Calgary, Rain51 and Vancouver Rain49.

Since its inception in 2010, Rain has positioned itself as a business growth agency, not just an ad agency – encouraging clients to look more holistically at how to establish and live their brand beyond just communications in order to maximize growth.

In the last two years, Rain has not only grown its branding and advertising capabilities, but also developed a strong business strategy practice that helps clients look at how their brand can extend to operations, front of line sales, CRM and even product design.

Leading the expansion efforts is Rain President & CEO, John Yorke. “We have spent a lot of time in Calgary over the past year with our Freedom Mobile clients, and really got a chance to understand the market” he says. “We saw a huge opportunity to bring our growth philosophy there. It’s an exciting time in Calgary as the market recovers and strengthens.”

In order to bolster its capabilities to service the two new markets, Rain has acquired the operations of fellow independent agency Karo, which has offices in Calgary and Vancouver.

“Karo has been a strong fixture in the Calgary market for almost 50 years,” says Rain General Manager, Christine McNab. “The team there has a solid understanding of both the Calgary and Vancouver markets, and really strong client relationships such as Syncrude and UBC. We’re excited to have acquired such a strong team to become part of the Rain family.”

Rain43’s executive team, which in addition to Yorke and McNab includes Managing Partner Kevin Pfuhl, Head of Strategy Laura Davis-Saville, and Executive Creative Directors Dave Stubbs, Jane Murray, and Duncan Porter, will oversee the business and their respective departments at a national level.

In addition to the new Calgary and Vancouver offices, Rain is also in the early stages of opening a Montreal office, set to open later this year.