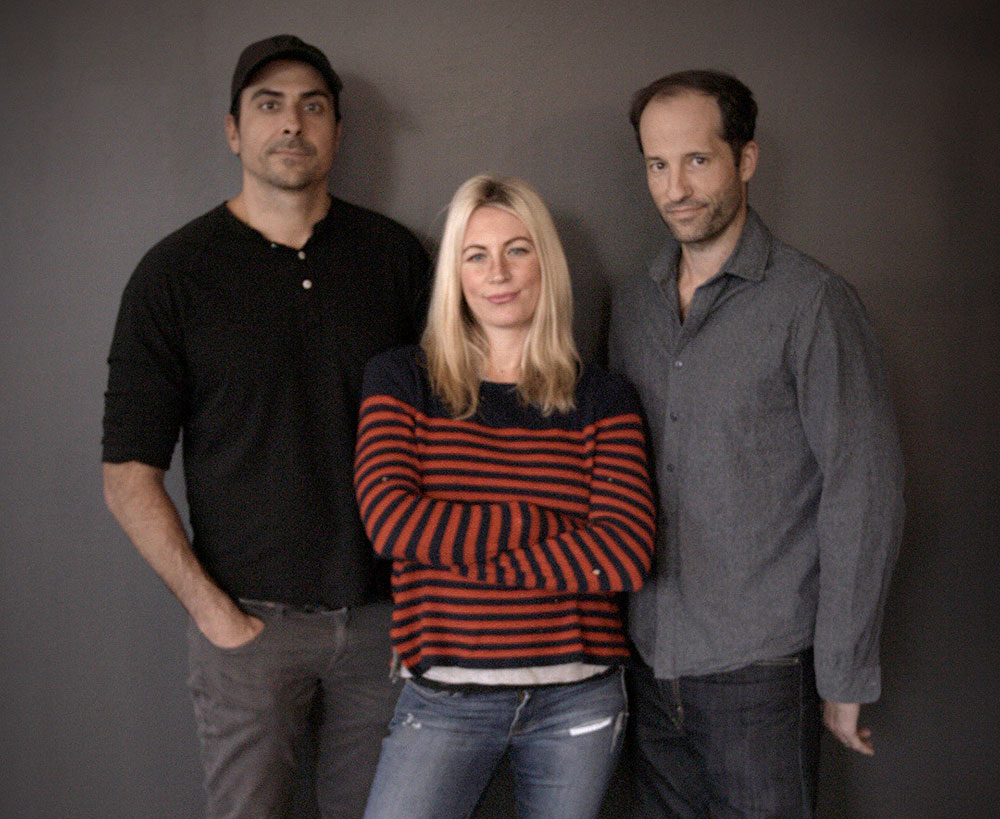 JEAN, pronounced like the pants that are made of denim, is comprised of Eric Eckelman, Armand Prisco and Natalie Prisco. Known for their comedy chops, and pulling believably odd performances out of their actors, they have created comedy-driven work for Lifetime, Delta, AT&T, Honda, TBS and Visa.

“They have a super fresh talent for comedy and know just how to strike the balance between quirk, edge and relatability in their work,” adds Carl Swan, Executive Producer, Community Films. “It’s those very funny human moments which are true in all of us that makes JEAN’s brand of comedy so sharp and distinct.”

“It was love at first sight for us,” says Natalie Prisco of JEAN. “The second we walked through the door at Community Films and met Carl and Lizzie, we knew we found our new home and didn’t want to leave.”

“In fact, we didn’t leave,” adds Eric Eckelman of JEAN. “So Lizzie looked at Carl and said, ‘well, I guess we have to sign these guys because they’re not leaving.’ And Carl said, ‘alright, cool.’ Six and a half awkward hours later, we were officially signed with Community.”

Natalie Prisco and Armand Prisco got their start in advertising at McCann Erickson and eventually moved over to MTV where they met Eckelman. The three hit it off immediately and wrote and directed many comedic spots for MTV from 2007 to 2010. Upon leaving MTV, they transitioned their comedic sensibilities to directing commercials, short films, writing promos for Conan and selling a television series they created for HBO.