A Fish Tale With a Twist 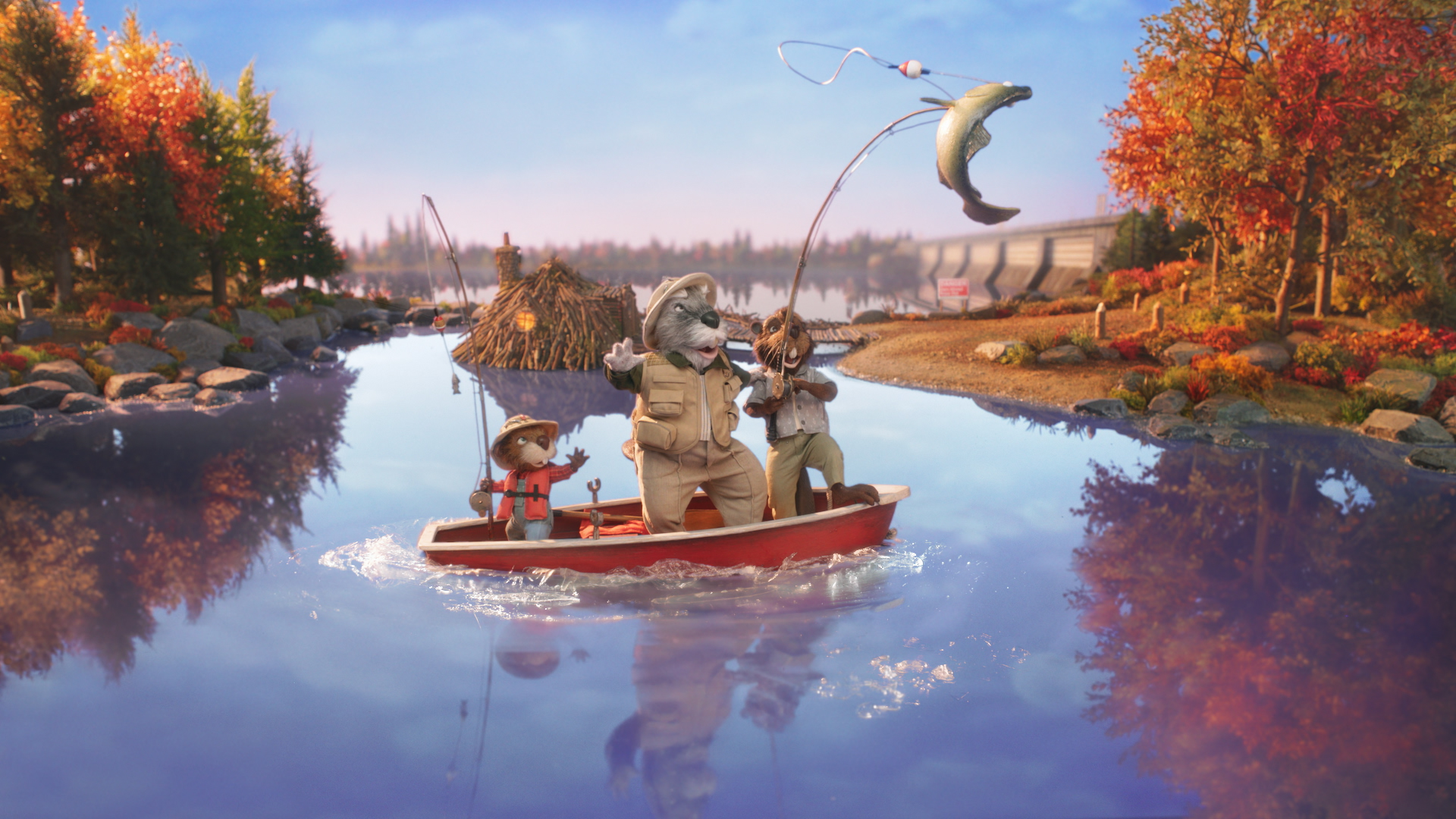 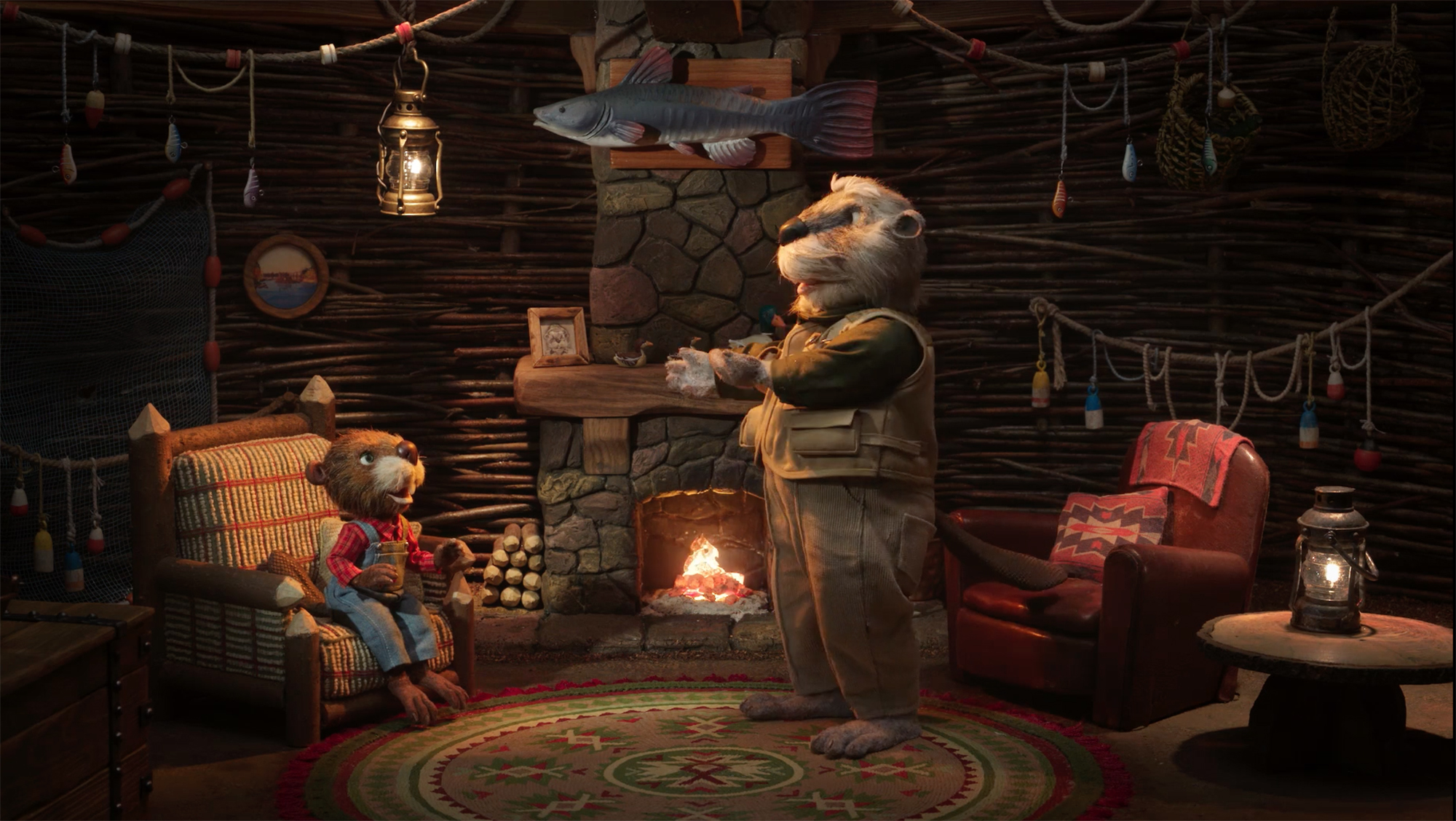 The Hive creates an animated fish tale with a twist to raise awareness for dam safety for Ontario Power Generation.

Catching “the big one” is the dream of every fisher. Whether novice or pro, those in search of a prize catch will often to go great lengths. For Dammy, an eager little beaver with a big love of fishing, finding the “right spot” could cost him his life.

Created by Toronto-based agency The Hive, Dammy is the mascot of a new campaign from Ontario Power Generation, which casts a slightly different spin on the classic fish tale. In “Stay Clear, Stay Safe,” a fable told in campfire song, Dammy spends his life in search of a big fish. As he grows from kit to a grown beaver, it seems like he’ll never make his catch – until one day he spies the perfect fish leaping from the water. The only problem is that it’s precariously close to a hydro dam. Ignoring the warning sign, Dammy sets off to make his catch and his story takes a potentially deadly turn. The song ends with the cautionary line “Lots of fish there will always be… but just one you and just one me.”

Ontario Power Generation’s goal is to promote safety and create awareness around the dangers of fishing and swimming too close to hydro dams and stations. Aimed at anglers, cottagers, water enthusiasts, and people who might discount the severity of risk, the campaign uses winsome animation, rustic appeal and nostalgia to make a connection. And if Dammy reminds you of another safety spokesanimal, the connection is intentional: Dammy was inspired by the image of Smokey the Bear, the classic fire-safety figure.

“Summer is a dangerous time for people near the water. People don’t understand the power of hydro dams and frequently ignore the warning signs. They think they’ll be fine if they boat or swim just a little closer,” says Jennifer Rowe, OPG’s Senior VP, Corporate Affairs. “We care about people’s safety and wanted a campaign that would really resonate and connect with people, and drive home the message that these dams can be extremely dangerous.”

Meghan Kraemer, ACD at The Hive says creating a folksy and nostalgic character like Dammy allowed the agency to communicate a serious message in a relatable and charming way. “By telling this story in song, we were able to take a deadly topic and make it seem like a story you’d tell your kids around the campfire.”

The retro aesthetic continues in a series of posters (below), which were inspired by Smokey the Bear. With lines like “Swimming near dams puts you in dangerous waters” and “Don’t ignore the warning sign, your life could be on the line” – and with Dammy’s buck-tooth grin on each – they’re hard to overlook. 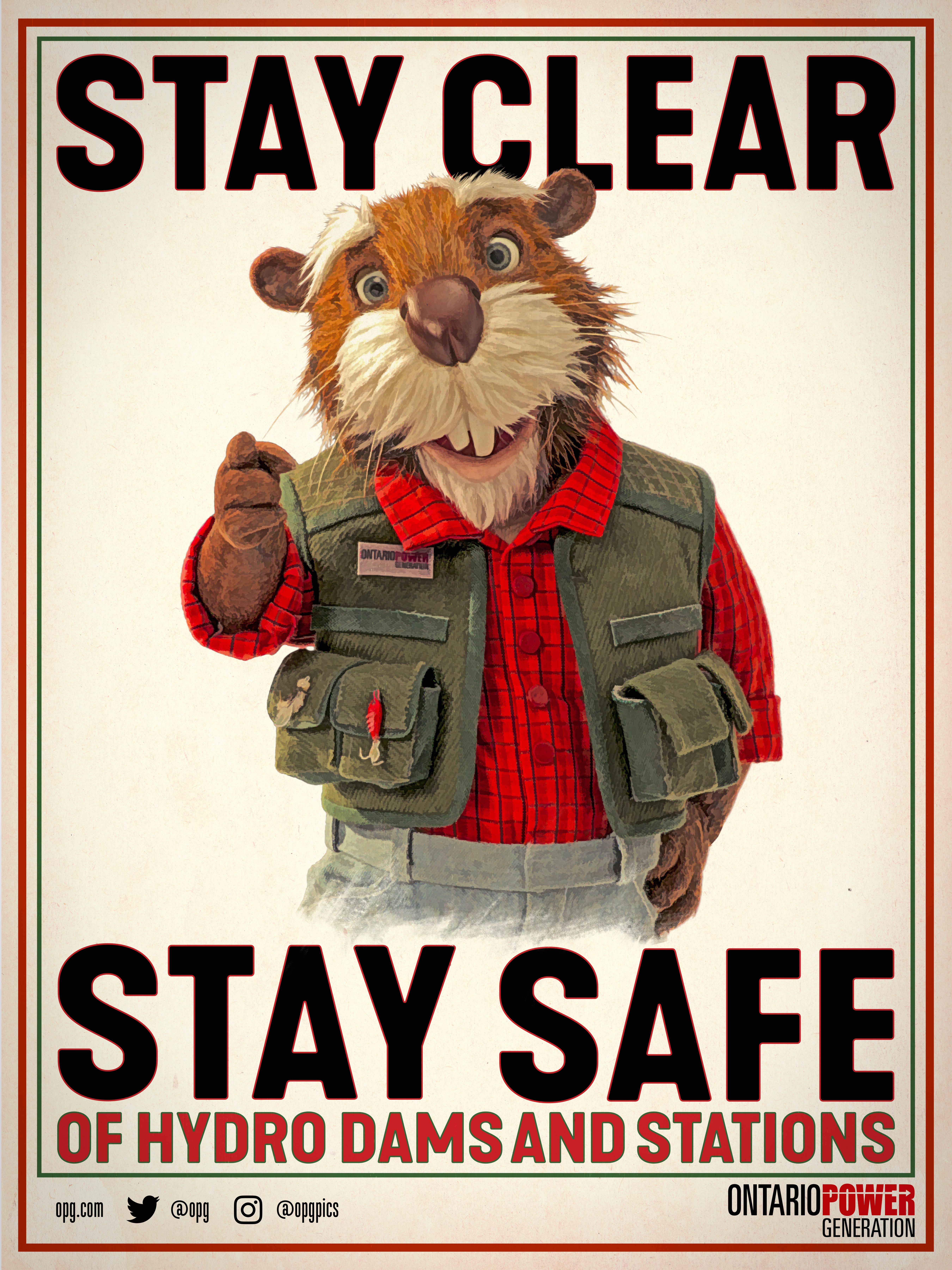 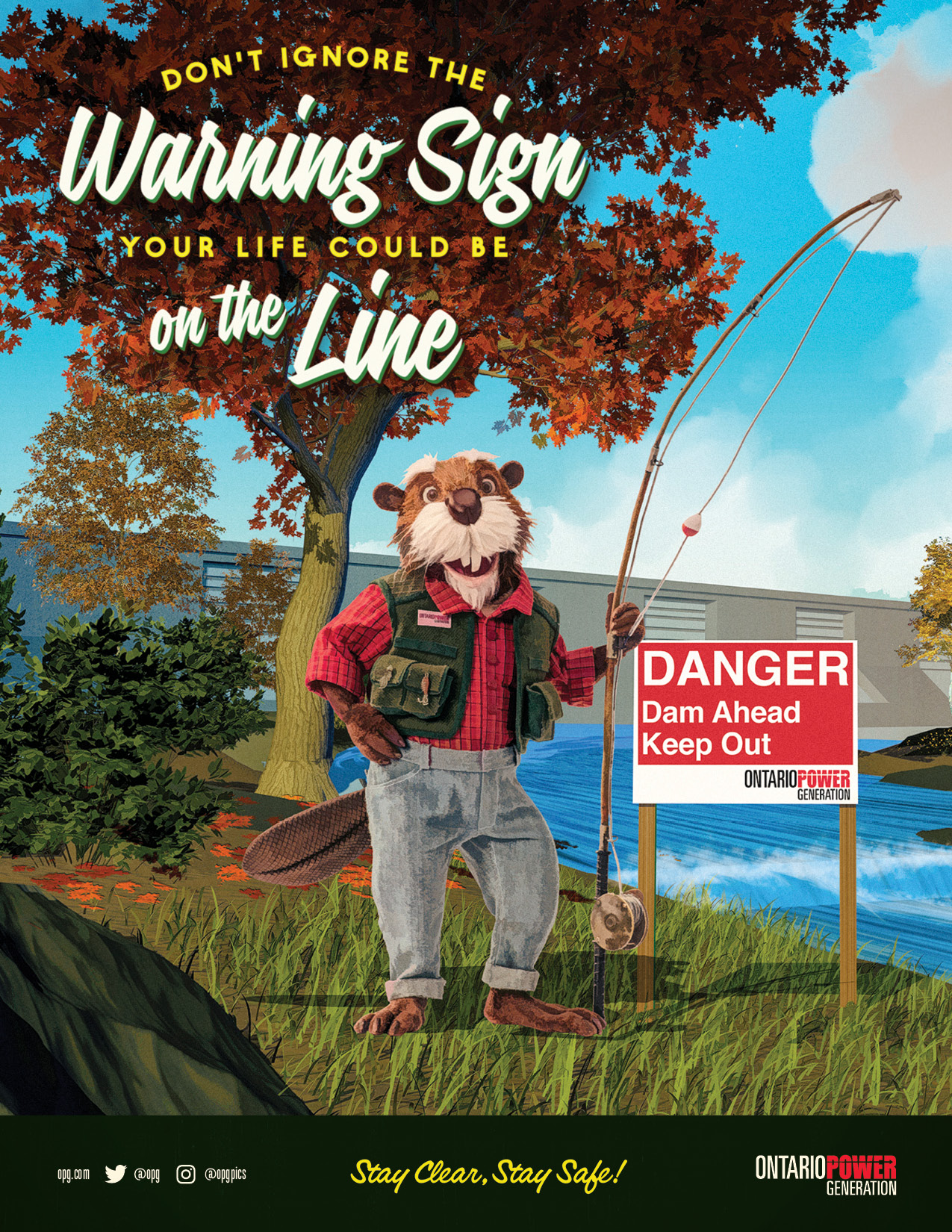 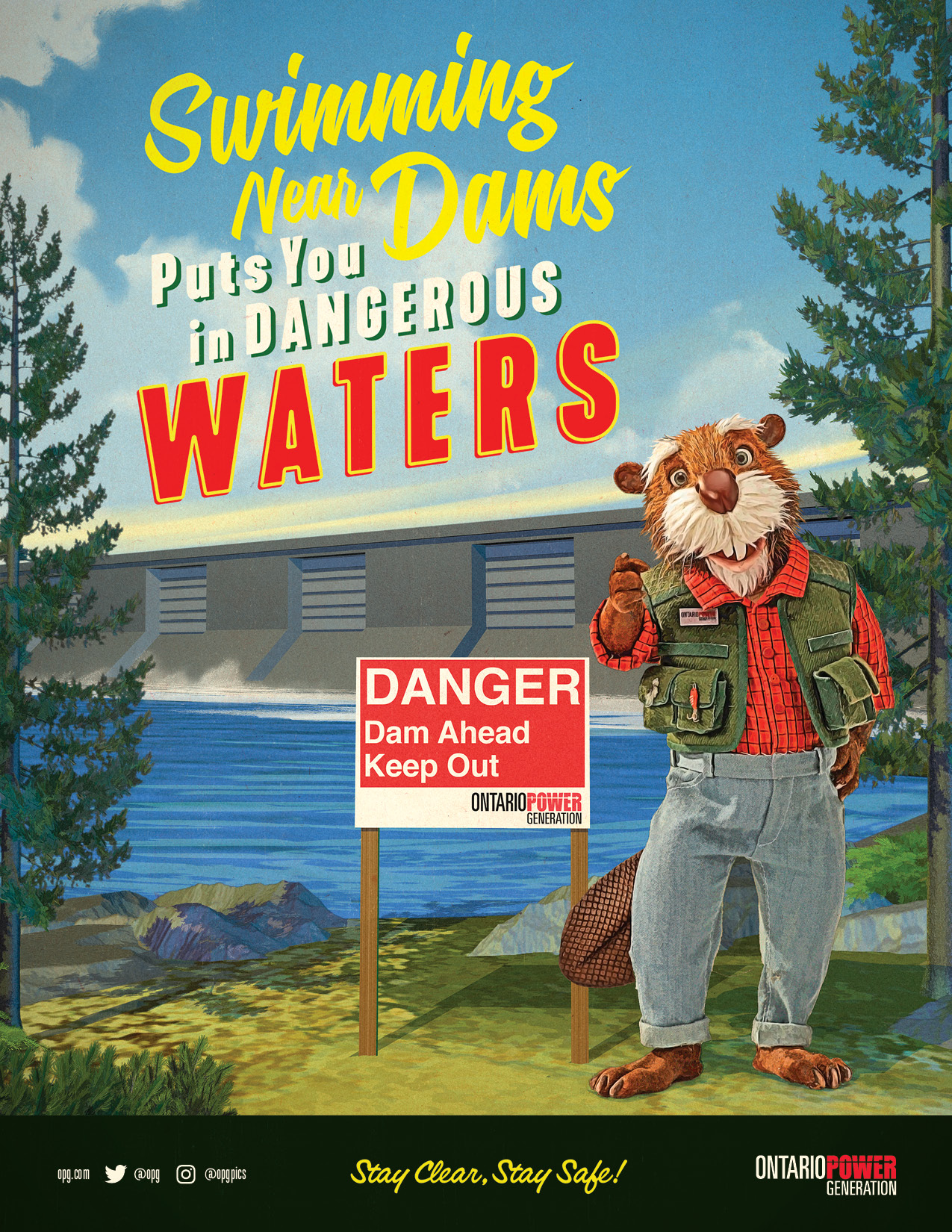