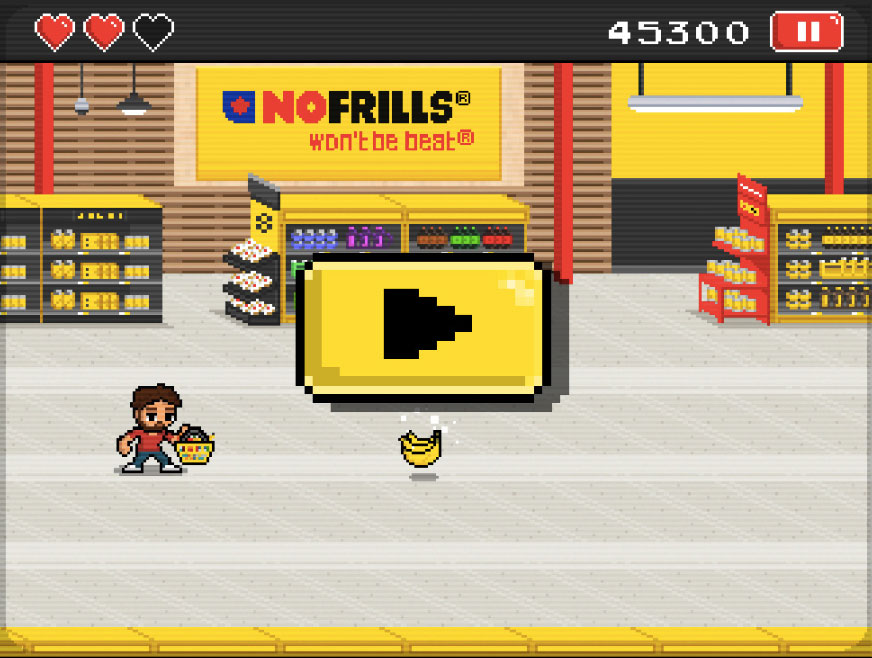 No Frills’ new campaign, created by john st. celebrates customers thrill of the haul with a retro video game and TV commercial.

Last year No Frills rebranded their customers as “Haulers”, shoppers who get a lot for a lot less. With a music video and clothing line, No Frills paid homage to their customers and brought to life just how badass saving on groceries can feel.

This year, No Frills is celebrating their customers again by turning “Hauling” into a sport. Much like the best athletes, haulers aren’t born, they’re made through mental and physical preparedness. They take pride in the haul. And every No Frills haul is a victory, one worthy of celebration.

“Every major sport has a video game franchise, so why should hauling be any different?” says Uwe Stueckmann, SVP Marketing, Loblaw Companies. “Much like the best athletes, the best haulers aren’t born – they’re made through mental and physical preparedness. We wanted to demonstrate to the world what goes into an epic haul. After all, No Frills is the best place to purchase fresh quality groceries at a low price, and saving money isn’t celebrated enough.”

This year, No Frills is launching a new fully integrated Hauler campaign, centred around a :60 film and online video game “Hauler:Aisles of Glory.”

The film, posted below, pays respect to shoppers in a series of stylized vignettes that elevates them to the status of athletic heroes, showing customer dedication and showcasing their achievements.

For the first time ever, shoppers can train for their next big haul with a gamified version of the in-store experience. In retro-style “no frills” 8-bit animation, a player can choose one of five Hauler characters to run and jump throughout the store to collect fresh hauls, while avoiding expensive frills. The game concept brings the brand values to life in an addicting way and features real products like no name canned chick peas. The game is equipped with the original Hauler music, remixed to match the retro style of the game.

The game is hosted on the NoFrills.ca website and playable on both mobile and desktop. For a hyperlocal experience, the game also pulls in players’ local No Frills store, which many shoppers know by name. For playing the game, customers can receive a maximum 500 PC Optimum points per day (the brand’s loyalty program), with the brand giving away 50 million in PC Optimum points.

The brand also created a physical arcade unit that will be traveling around the country, details and dates to be announced soon.

“We only really have one guiding principle, and that’s don’t follow any of the rules when it comes to how a grocery store should behave,” says Cher Campbell, Executive Creative Director, john st. “Haulers are a tribe now, and they have a keen sense of what is authentically No Frills, of what that ‘swagger-y’ personality is, and as long we keep rejecting traditional ways of speaking to our consumers, they’ll keep hauling.” 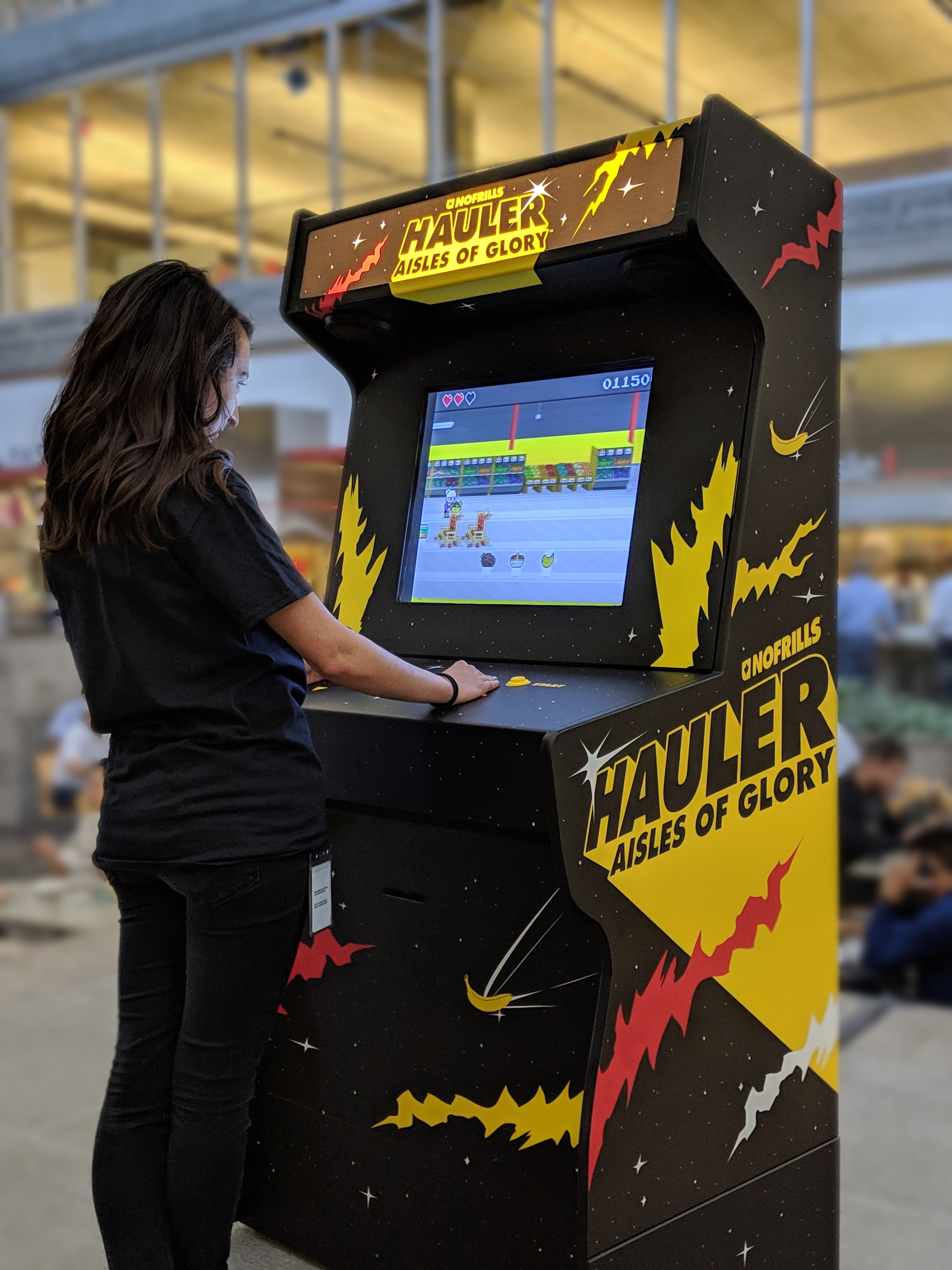