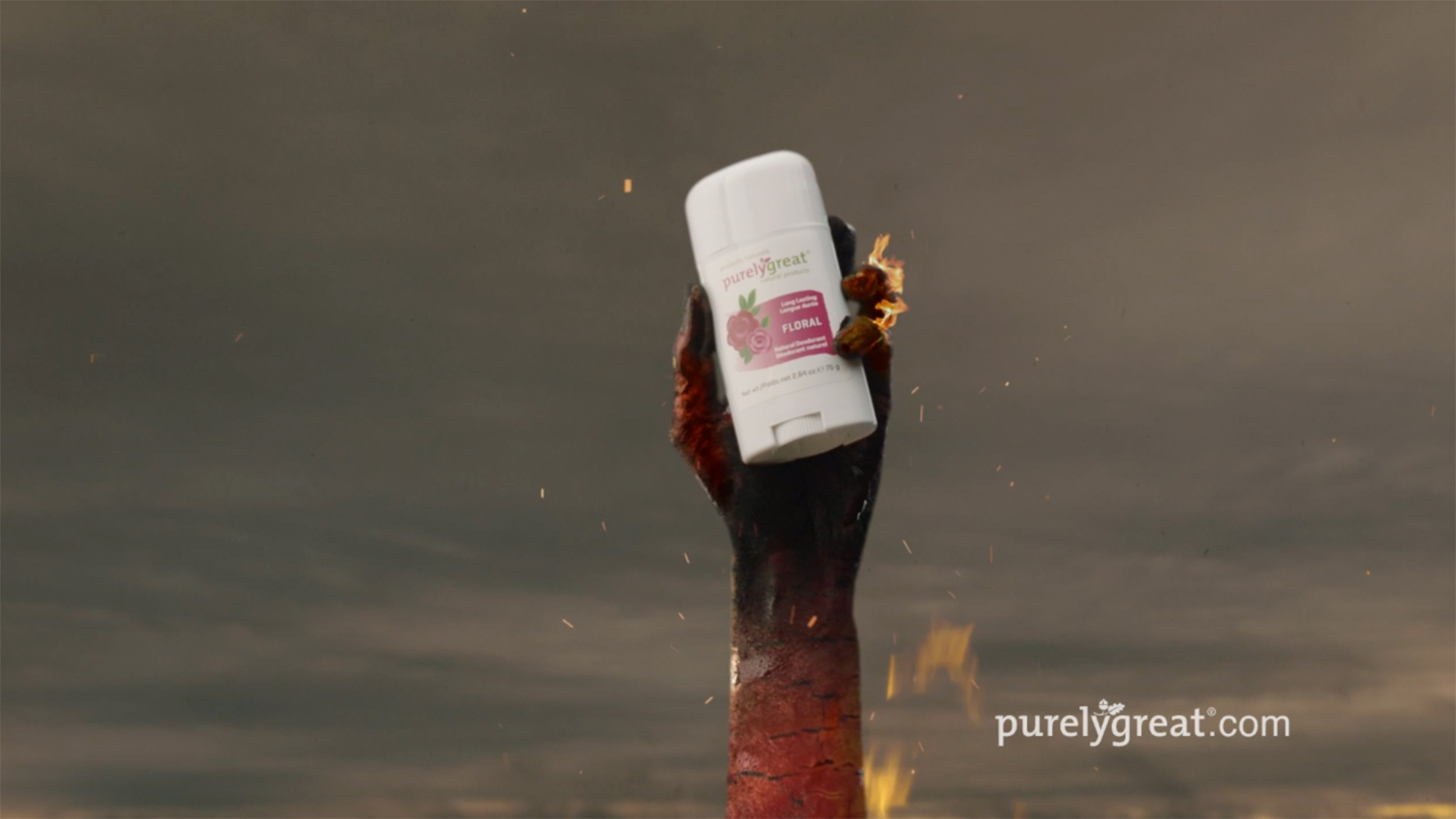 Is the world finally civilized enough for a natural deodorant?

Purelygreat launches an online campaign to announce their all-natural lineup

It’s estimated that between 40,000 and 50,000 people were burned for witchcraft during the Middle Ages, punished for seemingly minor transgressions like talking to themselves, being a poor public speaker, or perhaps even smelling better than their counterparts.

The latter, at least, is the premise of one spot in a striking online campaign developed and directed by Pete Henderson of Toronto-based production company Someplace Nice for Purelygreat, a Canadian company that produces all natural deodorants.

The “unpleasant” spots, which are full of the sounds of squelching mud and buzzing flies, plus visuals of bad teeth, dirty faces and sloshing fluid of an indeterminate nature, feature two peasants working in the fields and complaining about how bad they smell.

At the same time, they regard the natural solutions of the day with skepticism, believing them to be either the product of witchcraft or the cause of debilitating illness. The spots conclude with the tagline “A natural deodorant for a world that’s finally ready for a natural deodorant.”

Henderson says that it was important for an upstart brand like Purelygreat to stand out in such a crowded and competitive category. “It’s a tough market to break into, and you need strong, disruptive creative if you want to get noticed,” he says.

Humans used natural remedies to combat body odour long before the advent of the first deodorant brand in the late 1800s. The Ancient Egyptians were partial to everything from scented wax to and even porridge, while the Romans and Greeks would liberally douse themselves in perfume.

“We’re a wholesome company at heart,” says Purelygreat founder Philip Pellat. “We use all-natural ingredients in an effort to get people to discover the health benefits of natural deodorant and it’s all handmade here in Ontario. We’re also EWG Verified, which speaks to the quality and safety of our ingredients.”

The Environmental Working Group’s seal means that products meet its standards around ingredients on its “Unacceptable” and “Restricted” lists, fully list all ingredients, including fragrance ingredients, on the label, and follow the European Union’s requirements for labelling fragrance allergens.

Purelygreat is a modern solution for an ancient problem. “We can’t imagine a better torture test than the dark ages,” says Pellat. “If we had been around back then, the world would’ve smelled different, that’s for sure.”