Stop The Spread of Racism 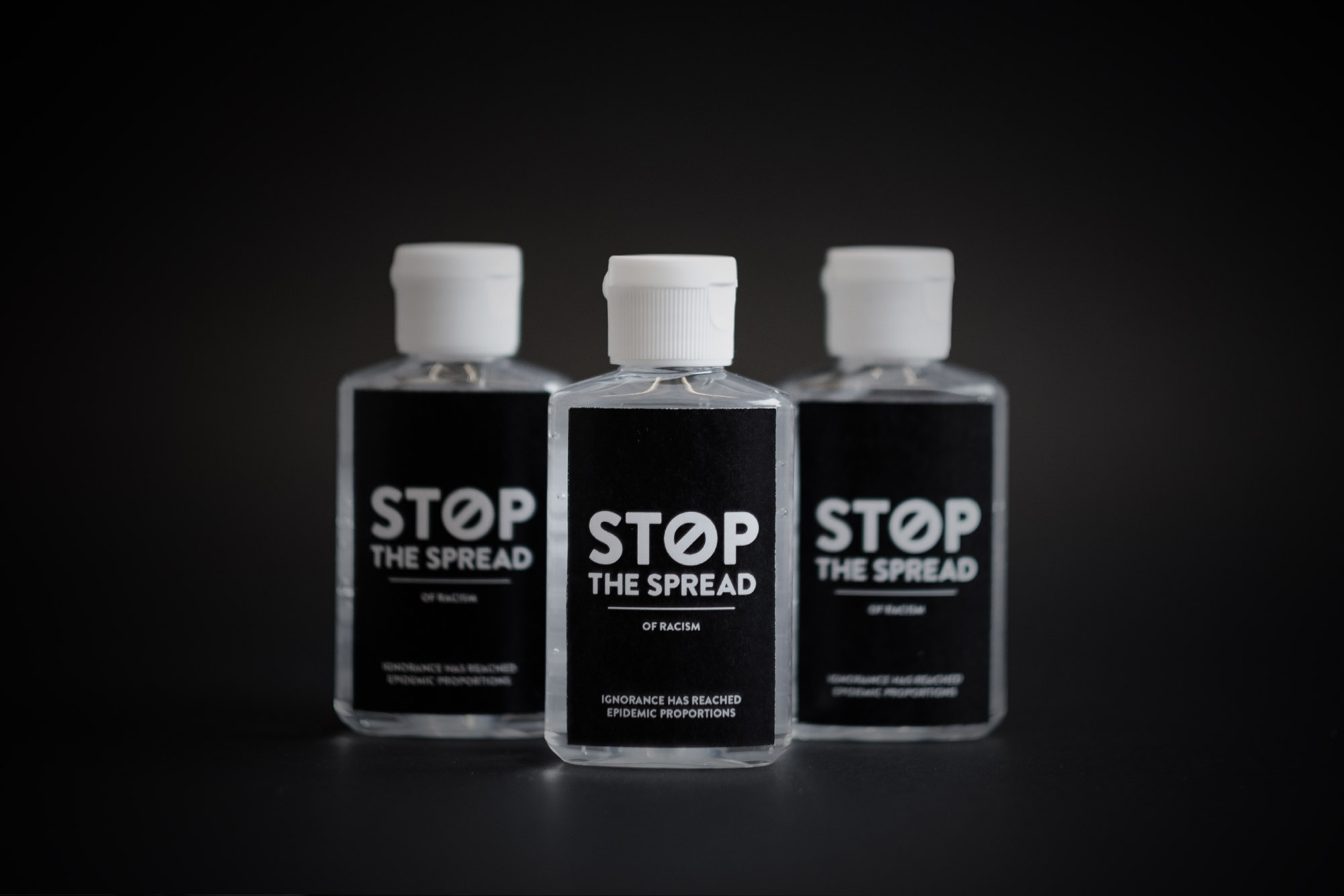 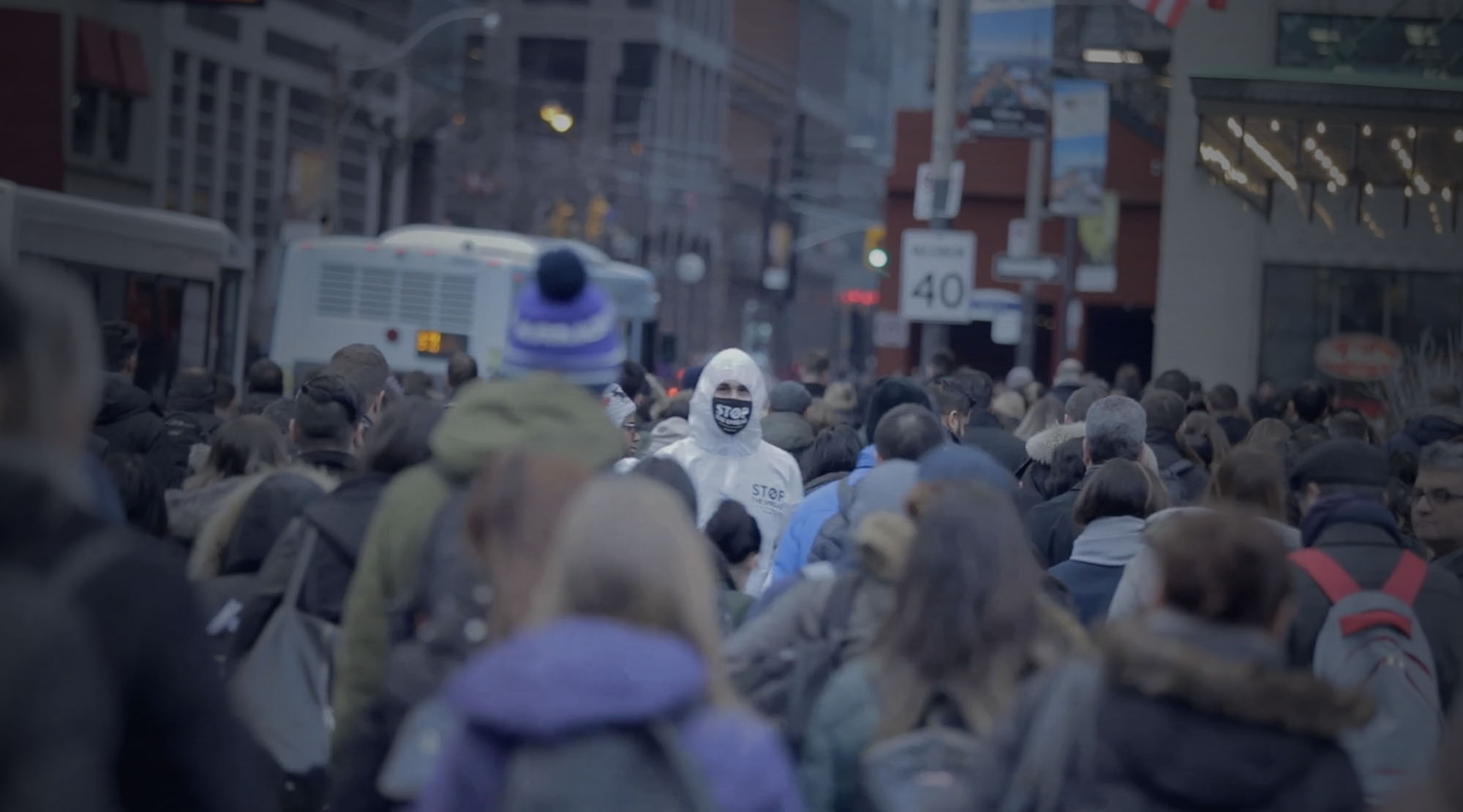 A new public awareness campaign from the Chinese Canadian National Council for Social Justice is working to stamp out coronavirus-related xenophobia.

The campaign features bottles of hand sanitizer bearing the message “Stop the Spread.” But while people might think the bottles are aimed at curbing coronavirus, they bear messaging aimed at getting them to consider their actions towards the Asian community.

The wording on the label mimics that found on standard bottles of hand sanitizer, except it has been replaced with pointed messages about xenophobia. Under uses, for example, is the phrase “Protects against toxic behaviour,” while other messages on the label include “Works best with common sense” and “Keep (intolerance) away from children.” The bottles drive people to an informational website, StopTheSpread.ca.

The global rise of the coronavirus and subsequent media attention has led to an alarming rise in a different kind of sickness—racism directed towards the Chinese Canadian community. The past weeks have seen a marked uptick in stories about people avoiding Chinese restaurants and other Asian-owned businesses, and verbally attacking Asian people online or in public.

It mirrors the upswing in racism that accompanied the 2003 SARS epidemic, which the Conference Board of Canada estimated had a $1.5 billion impact on the Canadian economy—$1 billion in Toronto alone—as travellers avoided the city.

“Globally, xenophobia and racism towards Chinese and other Asian communities have been on a rapid rise since the outbreak of the novel coronavirus. This upswing of racism closely mirrors the racism experienced by Chinese in Canada during the 2003 SARS outbreak, and must be confronted,” says Amy Go, Interim National President of the Chinese Canadian National Council for Social Justice.

The bottles of hand sanitizer were distributed on Tuesday, March 3 in high-traffic areas in Toronto, including Chinatown, Yonge-Dundas Square, and Nathan Phillips Square. The work was developed pro bono by Toronto creative agency The Hive.

“The ‘Stop the Spread’ idea was born out of a simple thought – that much sought-after hand sanitizer could be used as a tool to send an important message, and ultimately propel change,” says Meghan Kraemer, Creative Director, The Hive. “With our team dressed in hazmat suits, we hit the streets of Toronto. The suits were attention-grabbing, and the response was over-resoundingly positive. Our hope is that this initiative will help sanitize the stigma – and foster kindness, acceptance and a desire for Canadians to be guided by facts, not fear.” 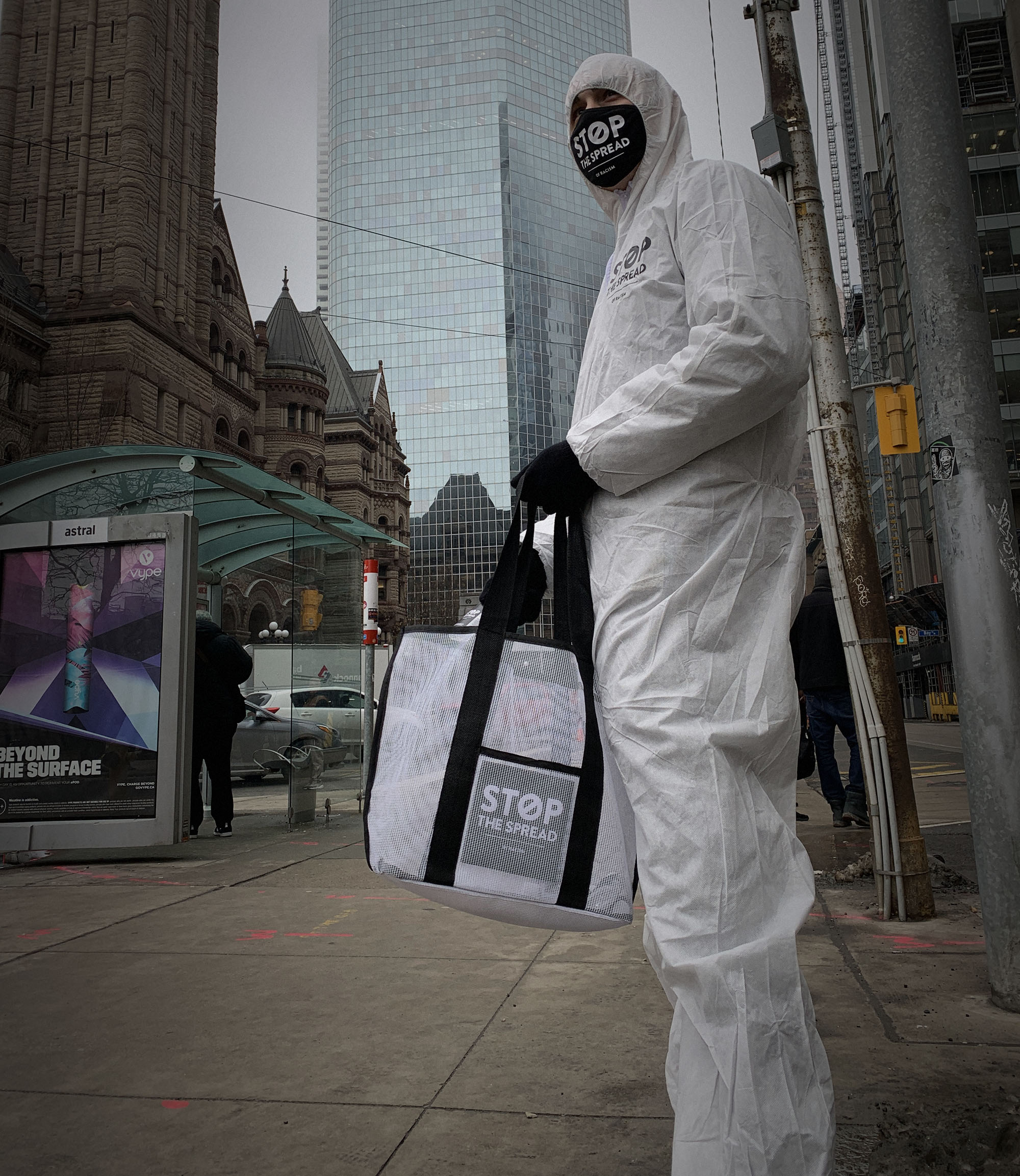