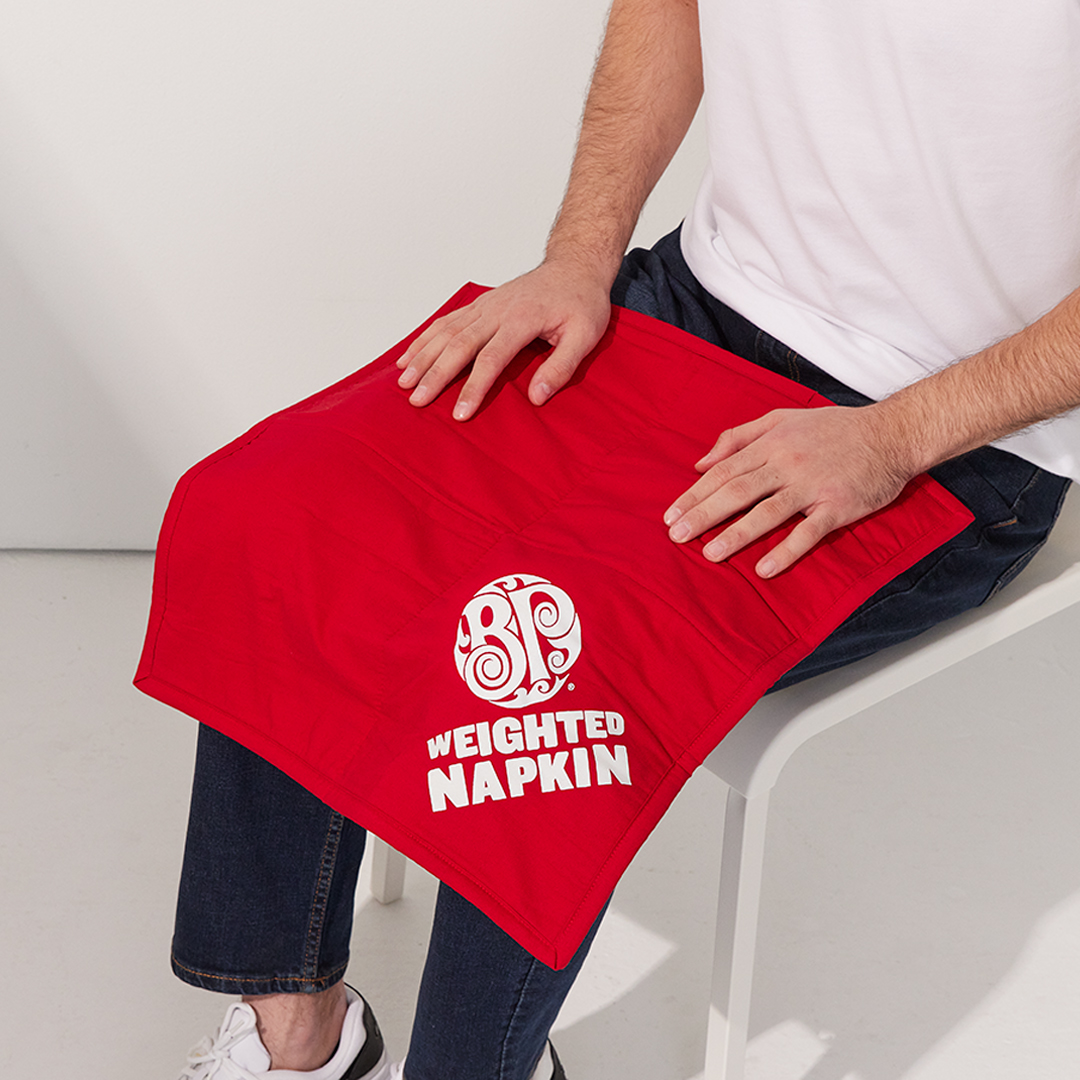 Stressed about meal time planning? Relax. Be a Meal Deal Person and get a Boston Pizza Weighted Napkin.

Does the idea of dinnertime decision-making leave a pit in your stomach?
Relax. Boston Pizza has not one, but two solutions.

BP Weighted Napkins bring an added measure of comfort to Meal Deal People about to tuck into their meal. This three-pound napkin takes the calming properties of weighted blankets and applies them to the laps of Meal Deal People.

Weighing anywhere from five to 30 pounds, weighted blankets are typically used to help people with anxiety or who are having trouble sleeping. Sales have soared in recent years, with the Canadian market alone now worth $30 million. They mimic a therapeutic technique known as deep pressure stimulation to provide a sense of relaxation and well-being.

“We saw a lot of tension around mealtime. What to eat? Will they like that? Will they like me? Too much stress. But with a BP Meal Deal and this innovative BP Weighted Napkin, people can ease tension from the lap outward,” added Cam Boyd, Creative Director at john st., the agency that helped Boston Pizza create the promotion.

So, sit back, relax and be a Meal Deal person with your BP Weighted Napkin.