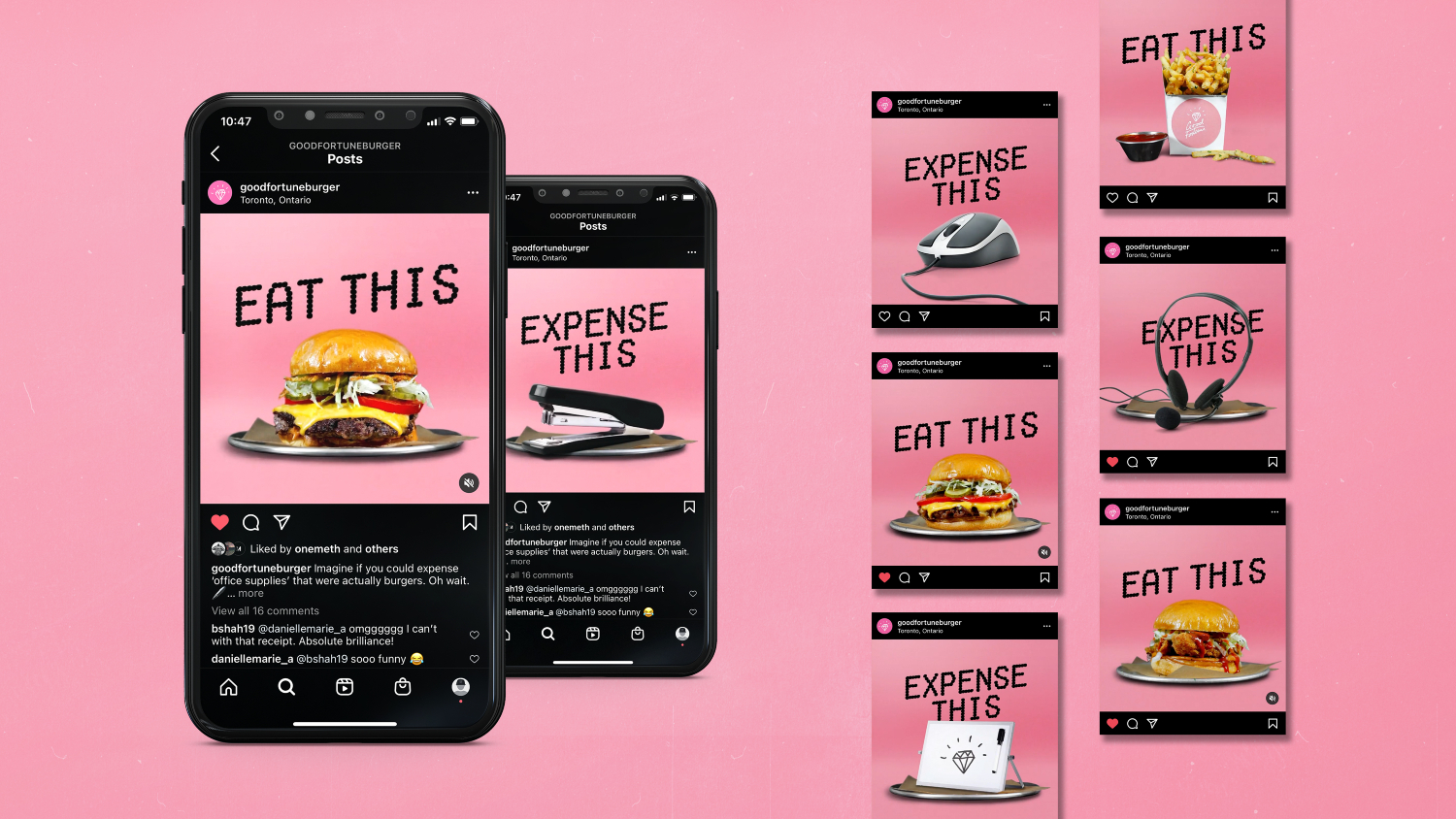 This secret menu turned a restaurant into an office supplies store.

Toronto has now spent more than 300 days in lockdown, more than any other major city in the world. With stores and bars and restaurants closed, that has left its citizens with little else to do but watch Netflix and eat takeout.

But ordering from the leading food delivery services can get expensive. That prompted Good Fortune, a Toronto resto-bar developed by Toronto-based OneMethod founder Amin Todai and his colleague Andrew Richmond, to look for a way to help people—or at least those with expense accounts—offset those costs.

It created a “secret menu” called Receats that listed food items as standard office items that could be expensed. Secret menus have become a mainstay of burger joints over the years, but this one instead featured cleverly disguised items like “Basic steel staplers” (AKA, a burger) and “Dry erase whiteboards” (or chicken sandwiches).

Good Fortune then changed the menu on two of Canada’s leading food delivery services, Uber Eats and DoorDash. To further create the illusion that the office supplies were real, Good Fortune made paper receipts that made it look like the items came from GF Office Supply Co.

Beyond sharing a handful of organic Instagram posts introducing and explaining the idea to its existing followers, Good Fortune didn’t widely publicize the initiative. Yet despite its secretive nature, it went on to receive widespread attention—with more than 300 articles in 16 countries producing more than 570 million media impressions.

It also generated more than 150,000 upvotes on Reddit, rising to the top of the popular r/funny subreddit; became a tending topic on LinkedIn (including being featured on LinkedIn News) and garnered considerable attention on both TikTok (with individual posts earning more than 30,000 likes) and Twitter (earning the equivalent of more than $225,000 on that platform alone).

Most importantly, it drove a 34% increase in sales for Good Fortune, enabling it to not only survive but thrive during an extraordinarily difficult time for the restaurant business. Which leaves just one question: Would you like “Premium paper clips” with that?