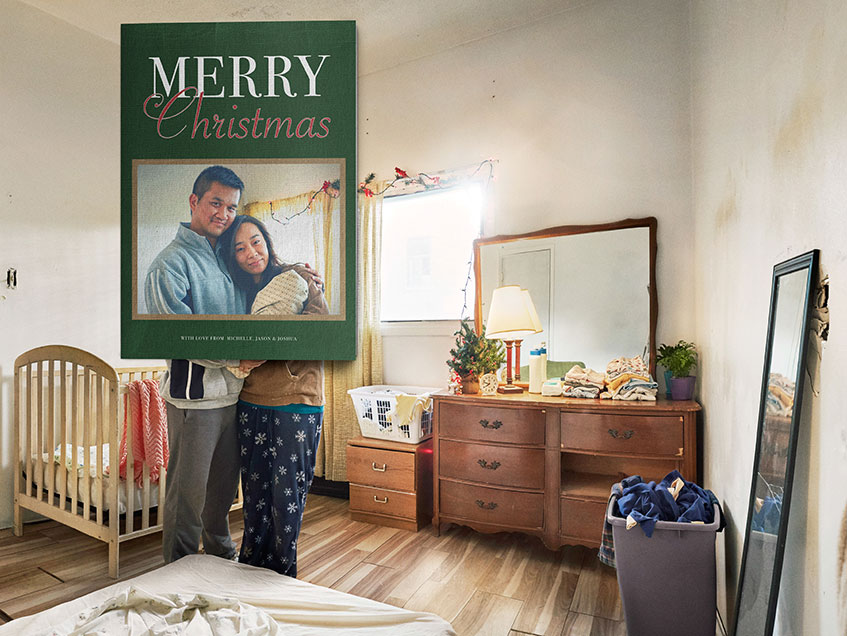 The Salvation Army and GREY Canada have launched a new holiday campaign to drive donations and bring awareness to the issue of hidden poverty just ahead of the holiday season. “Poverty Isn’t Always Easy to See. Especially During the Holidays” is an initiative aimed at showing that poverty exists not just on the streets, but also inside the homes of their fellow Canadians. The campaign highlights that even during this idyllic time of year, one in every ten Canadian families still live in poverty.

The centerpiece of the multi-channel campaign uses Facebook’s new 360-image feature to show seemingly happy families posing for their holiday photos. It’s not until the user explores the rest of the image, via the 360 functionality, that the true plight of these families is revealed. Television and print work also leans into the duality of the season, demonstrating how easily poverty can hide amidst the joy of the holidays, and reminding us that in an age where people curate their lives on social media, that it’s not always easy to see who needs help.

“With this campaign we’ve been striving to get the Canadian public to think differently about poverty in this country, and it’s especially important to understand how hard the demands of the holidays are when you can’t make simple ends meet. We want people to consider that those living in poverty go to great lengths to mask it,” said Darlene Remlinger, President of GREY Toronto. “And in a country this advanced and this wealthy, we need to shine a light on the issue since it’s much closer than anyone believes it to be.”

The campaign also features radio and digital ads that parallel the stresses many of us complain about during the Christmas season—trivial things like crowded malls or finding the perfect gift—against the real holiday stresses that families in poverty struggle with at this time of year.

“Thanks to our generous donors, The Salvation Army assisted over 1.9 million Canadians with food, shelter and other practical assistance last year,” says John McAlister, National Director of Marketing and Communications. “We’re passionately committed to eradicating poverty and caring for people who are struggling. This initiative will help educate the public about what it means to live in poverty – and what they can do to help.”

All media planning and placement was handled by MediaCom. The campaign will run through to the end of December. 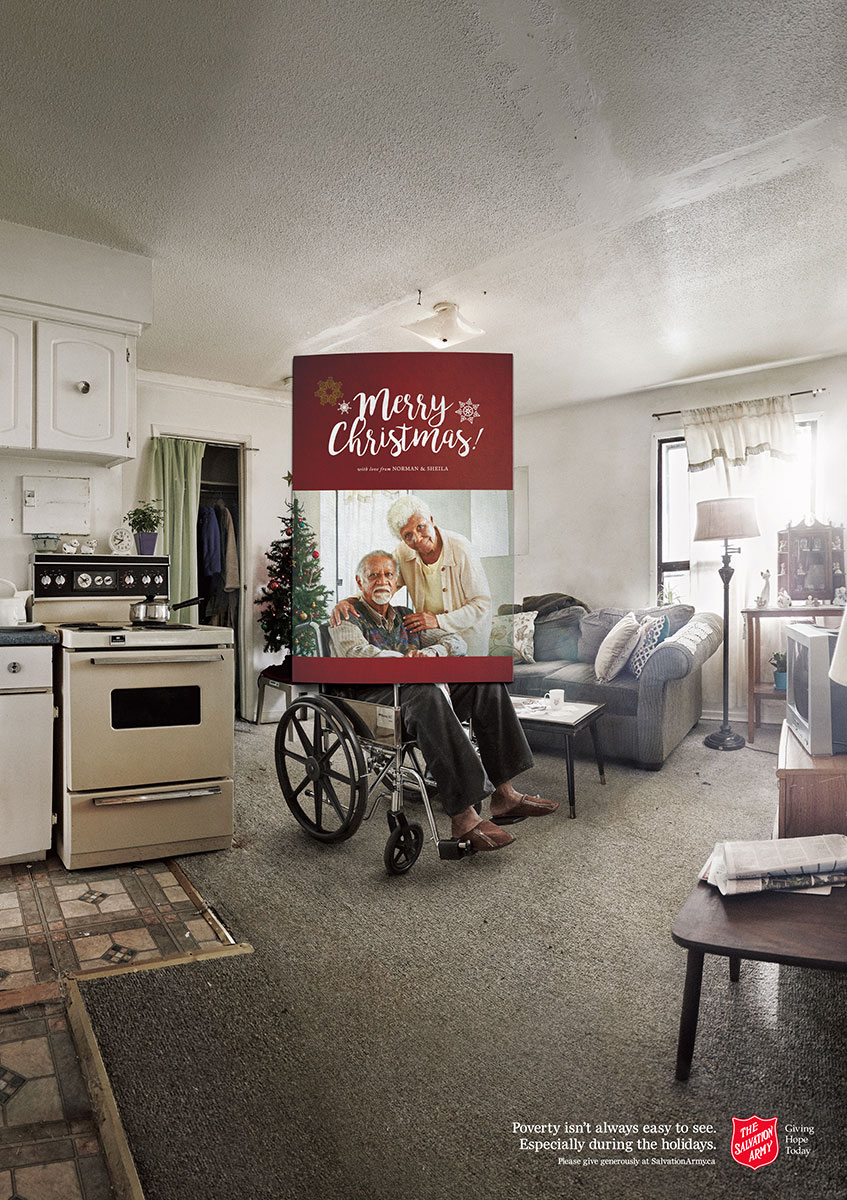 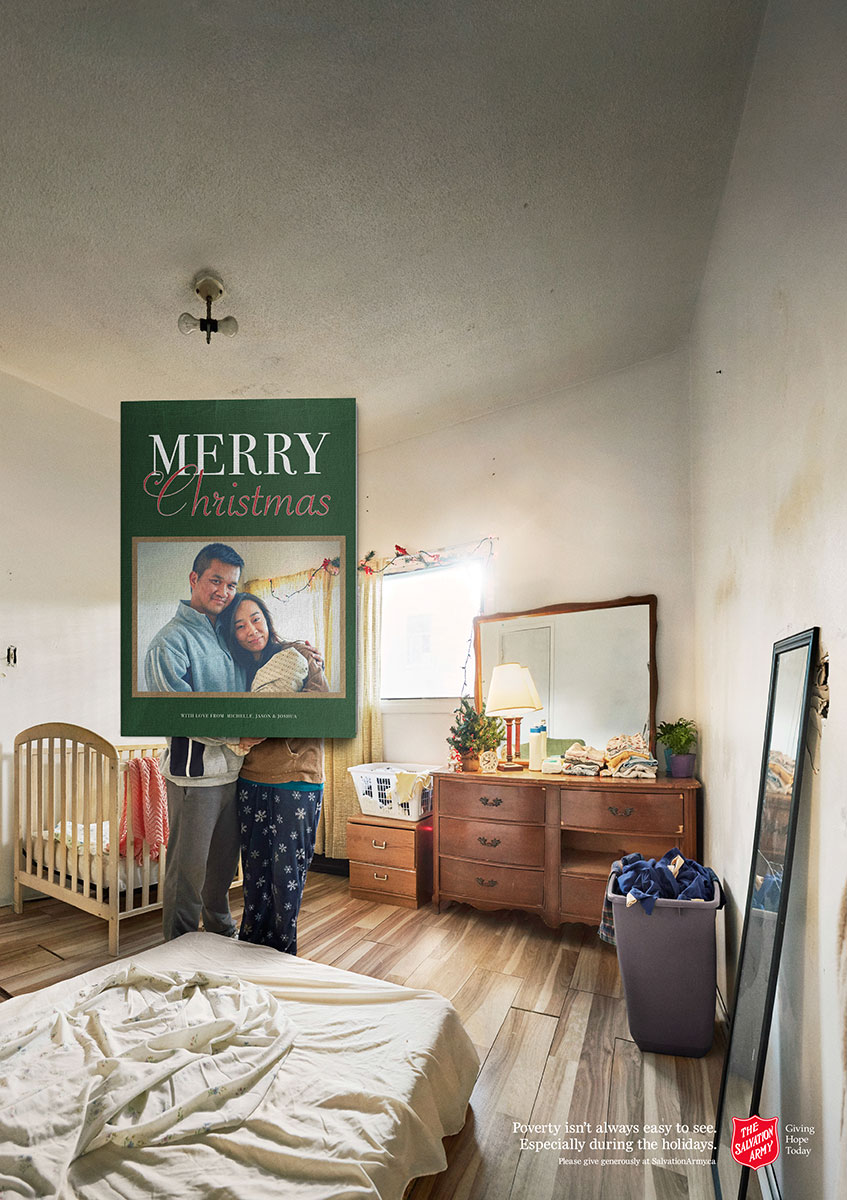 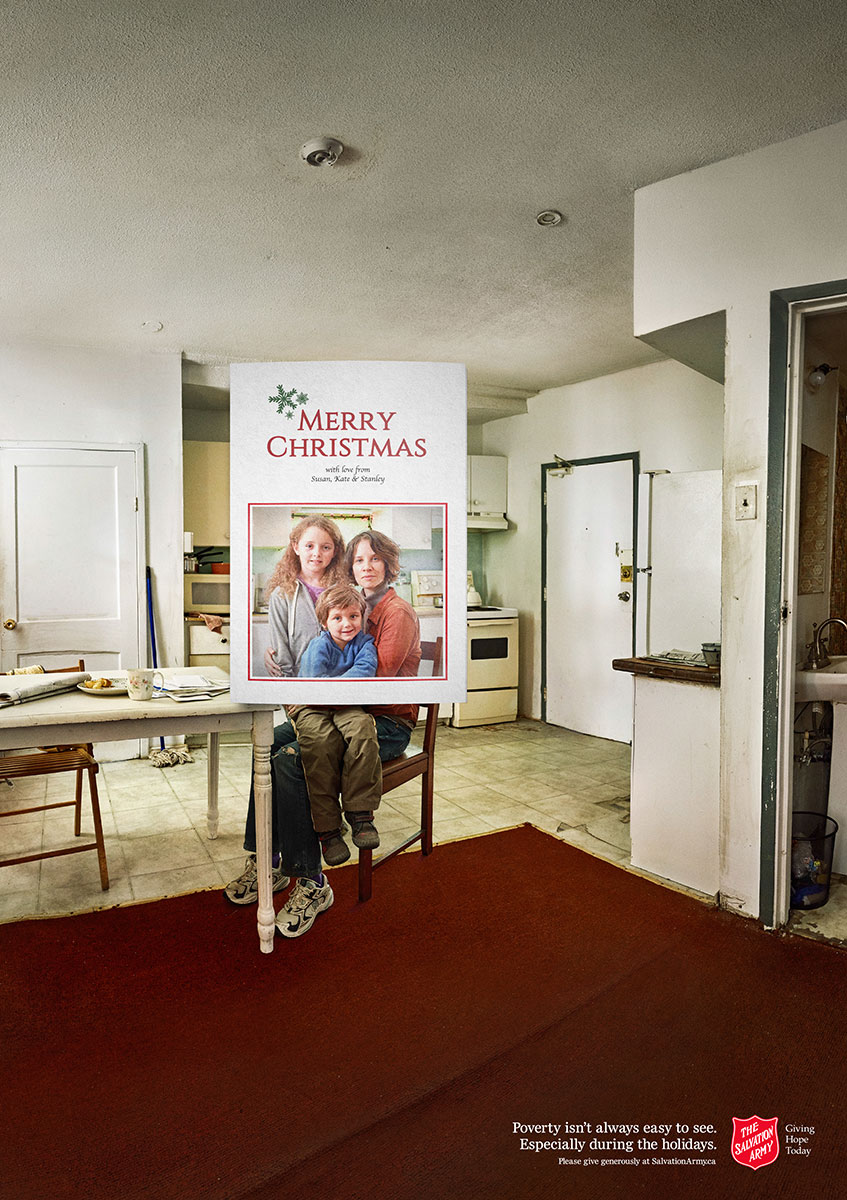