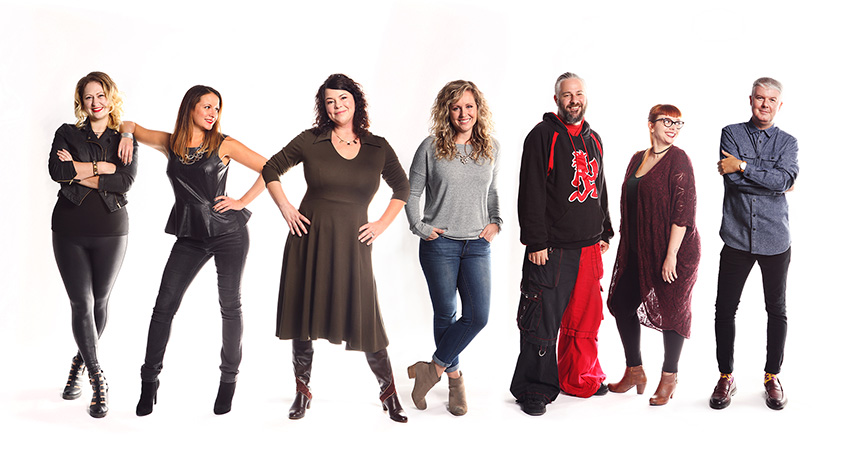 If you’ve watched Canadian television over the past two decades, you’ve likely seen Shasta Lutz’s work without knowing it.

Her Toronto-based casting house, Jigsaw Casting, has worked on the iconic “Evolution” for Dove’s Real Beauty campaign and the Hospital For Sick Children’s spectacular “Undeniable” spot, among many others.

This month, the company is celebrating 20 years in the business.

Founded in 1996 by Lutz, Jigsaw has grown from a one-woman operation to become the top casting house working in Canadian advertising. It employs 8 people, a multitude of freelancers, has won numerous awards and sources talent for hundreds of jobs a year.

Lutz began her career casting models for print campaigns and segued into broadcast after a Molson Canadian beer ad she worked on became a TV spot. Her specialty was “real people” casting, a trend that has come back around two decades later as agencies have shifted the emphasis back to realism as opposed from aspirational model-types.

As a woman-owned casting firm, Lutz has worked over the years to push scripts away from 1950s nuclear family stereotypes. If a script comes looking for actors to play male boss or eight construction workers, she often suggests more diverse casting options and agencies often listen.

“For the male, they’ll have these great character descriptions: he’s a lawyer, he’s divorced twice, he’s in AA, plays basketball on the weekends,” she explains. “But for his wife, it might say, ‘just slightly above average, obtainable.’ For an actress, those are the worst words to hear.

“I’m trying to influence the choices we make in our media so that we have less stereotypical archetypes and more people representative of the real world on TV,” Lutz continues. “Never has it been a better time to be a casting director because things are opening up. I look at myself as a partner in the creative process.”

Lutz is most proud of her work on Unilever and Ogilvy & Mather’s Dove Campaign For Real Beauty, which celebrates women’s natural beauty. The campaign was launched globally in 2004 and won two Cannes Lions in 2007, including the Viral Grand Prix, for the made-in-Toronto “Evolution” spot.

“We’re still selling soap, but whenever there’s a Dove job up I’m so excited I can’t believe I get paid for it. It makes me feel like I’m not just making a buck, I’m contributing something back.”

Other memorable jobs include sourcing the army for SickKids and Cossette’s “Undeniable”, the epic “Invade” spot for the 2015 Pam Am Games, created by FCB Canada for The Ontario Tourism Marketing Partnership Corporation, that featured 788 ranked Ontario athletes and the comical Peanut Butter Cheerios “How to Dad” out of Tribal Worldwide.

It’s a transitional time for Canadian advertising, as brands focus on producing new media and web content and then cutting a traditional 30-second TV spot based on a popular ad. Time and money are at a premium, but the jobs keep coming in. In 2000, Jigsaw worked on 35 jobs and as of nearly November the casting house hit 301 jobs for 2016.

One trend she hopes to see develop is greater industry recognition of casting, an unsung profession in TV and film. “Every treatment demands great casting,” she says. “We are tasked with finding the unknown, shaping performances and getting the best talent. We are an integral part of the creative and production process, but rarely get recognition.”

To coincide with their 20th anniversary, Jigsaw Casting has launched a new website and on their Instragram account they are showcasing their memorable work and casting accomplishments with the hashtag #20yrscompletingthepicture.