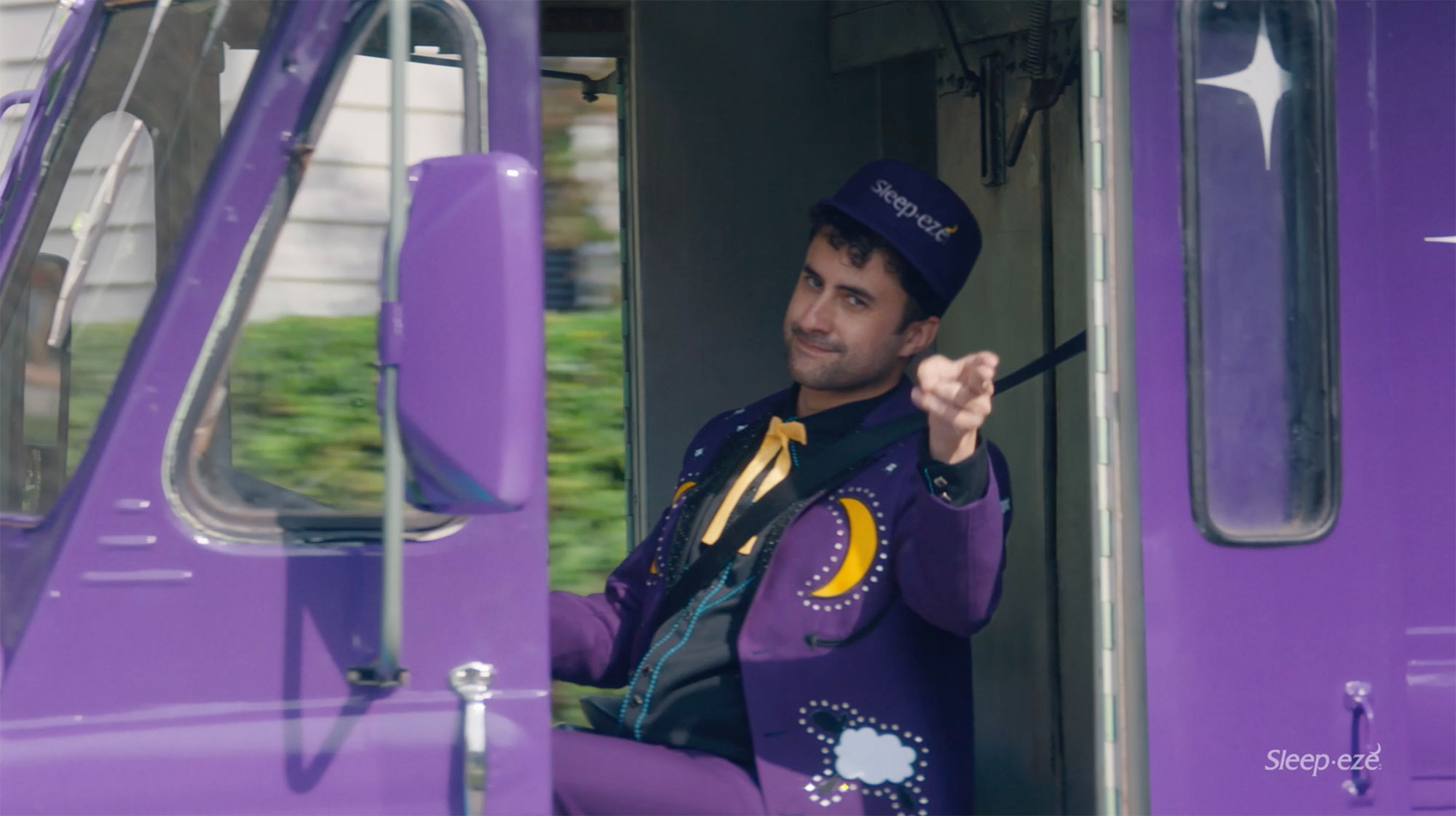 Developed by Fuse Create, “Get the Sleep You’ve Been Dreaming Of” is aimed at driving purchase intent of the over-the-counter sleep aid among adults 35-55. The specific focus is on adults who need relief for occasional nighttime sleeplessness (insomnia) due to overwork, tiredness, or fatigue.

Directed by The Perlorian Brothers, a team known for their offbeat sensibilities, the dialogue-free spot features a man waking up eager to face the day, greeted by a morning that looks how a great night’s sleep feels.

He is wearing a purple country and western suit, and his bedroom is decorated with wallpaper filled with puffy clouds. He exits the room through a tiny half-door that opens onto a bright, sunny morning, complete with an oversized copy of The Morning Newspaper featuring the headline “WHAT A DAY!”

The man then spots a purple Sleep-Eze truck that looks like an ice cream truck, with him as the driver. Viewers are then snapped back to reality with a shot of the man waking, for real this time and feeling recharged and ready to face the day. “Get the sleep you’ve been dreaming of,” says the voiceover. “Sleep-Eze. It’s a sleep come true.”

“We started from the insight that a good night’s sleep is priceless, not because of the sleep itself, but because of what it brings the next morning – feeling rejuvenated, focused and energetic,” says Steve Miller, Executive Creative Director at FUSE Create. “That was the catalyst to develop a simple but different kind of spot for this category, one that would stand out in a sea of sleepy sameness.”

The bilingual spot is running across TV and online video as both :30s and :15s between Jan. 3 and March 27. Media buying for the campaign was handled by UM Canada.

“Sleep-Eze knows that a good night’s sleep sets the foundation for a good day ahead,” says Patrick Kane, Senior Marketing Director with Prestige Consumer Healthcare Inc. “It’s not the experience itself, but what it promises for the day ahead—feeling rejuvenated, focused and full of energy and possibility.”