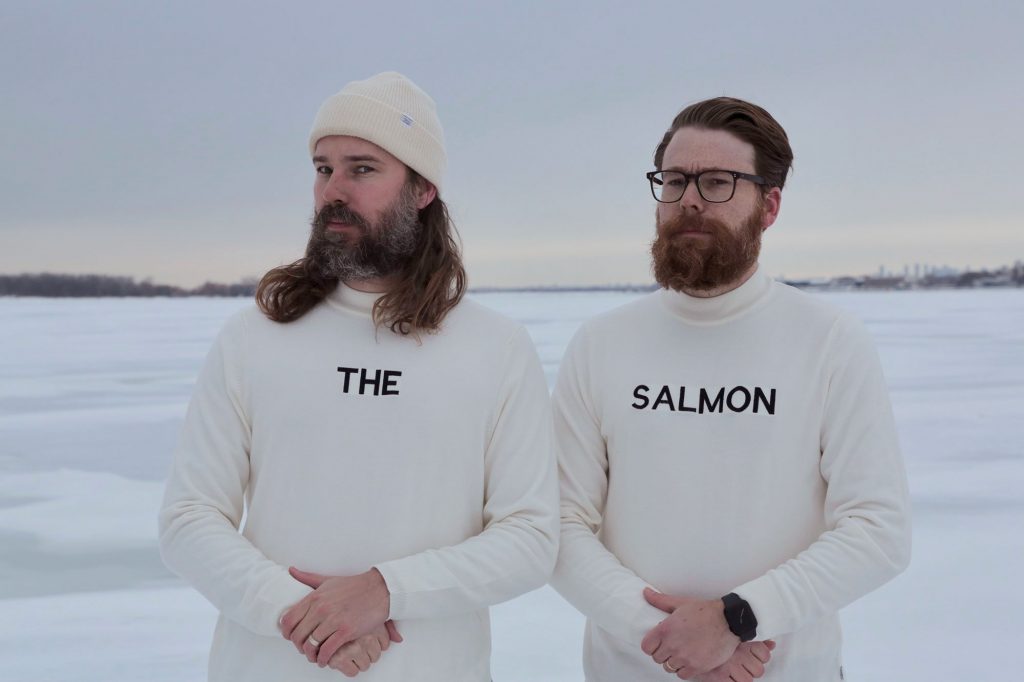 The new Toronto-based production company marks the return of the acclaimed Canadian comedy directors after their success in the U.S.

After making their mark south of the border, acclaimed Canadian directorial duo Adam & Dave have ventured back north to launch a new production company called The Salmon. Despite the allure, the duo avoided the many fish metaphors at their disposal when explaining their journey.

The comedic directors have been eager to open a Canadian shop for a long time. “Canada taught us sarcasm, self-deprecation and how to properly dress for winter, so it only felt right to pay our homeland with a new commercial production company,” says Adam. “The Salmon will cover this vast land, from the rocky shores of British Columbia to the rocky shores of Newfoundland and also the rocky shores of the northern territories, but mainly the far-less-rocky shores of Toronto.”

Adam & Dave have known each other since film school and have put their imprimatur on various comedy related projects over the years. Their professional career launched at the 2002 Toronto International Film Festival, where they screened their first short film, Heatscore. Short films led to music videos and then to commercials, where their work has garnered both acclaim and awards, including multiple Cannes Lions and D&AD and One Show Pencils. Their commercial reel includes humour-led spots for brands including Geico, ESPN, MTN DEW and Twizzlers.
View Adam & Dave’s reel.

“We’ve always had this idea of just trying to put our stamp on something,” says Dave. The company name deliberately evokes the iconography of the Canadian north, but also carries a welcome hint of mystery and intrigue, say Adam & Dave. “As we peered into the steely cold eyes of the Canadian media landscape, while inhaling the thick mist of the ever-churning estuaries of content, we whispered: ‘How do we make the best better?’” says Dave as he dramatically stares out of a window.

Helmed by Executive Producer Natalia Winardi, The Salmon exclusively represents what Adam & Dave describe as “top shelf” directors who are equally adept at comedy and drama, chosen because of their strong visual aesthetic and a dedication to high-minded spots constructed around craft and character.

Matt Aselton began his career as a copywriter at Young & Rubicam before starting his own agency Union, where he created and directed commercials for Fox Sports, Comedy Central and the NFL. Since launching production company Arts & Sciences in 2011, he has worked with clients including Volkswagen, Old Spice, Target, and AT&T.
View Matt Aselton’s reel.

As one of the youngest CDs in the history of Weiden+Kennedy Portland, Alaska-raised Sheena Brady wrote multiple Cannes Lions-winning films, and has worked on iconic brands including Nike, Coca-Cola, The Gap, Apple, and Converse.
View Sheena Brady’s reel.

Ivan Grbovic began his career as a DOP, working on music videos and commercials, but always had his sights set on directing. He helmed music videos for artists including James Blunt and Céline Dion before transitioning to commercial work for brands including Air Transat, Bank of America, Cashmere, Canada Post and Metrolinx.
View Ivan Grbovic’s reel.

Emile Rafael brings a fondness for art, VFX and documentary films to his work for brands including Jaguar, Rolls Royce and GMC.
View Emile Rafael’s reel.

Michelle Savill brings a distinct sensibility to both her commercial work and films, and has created story-driven work with a humorous twist for brands including Sky, New World, Steinlager, Spark, Vodafone and Medibank. Michelle’s debut feature Millie Lies Low screened at this year’s Berlinale and SXSW.
View Michelle Savill’s reel.

Mike Warzin is originally from Chicago, he has directed award-winning work for Bud Light, Google, Nike, KFC and Uber Eats. He’s lived in Brooklyn for the past decade and doesn’t plan on leaving.
View Mike Warzin’s reel.