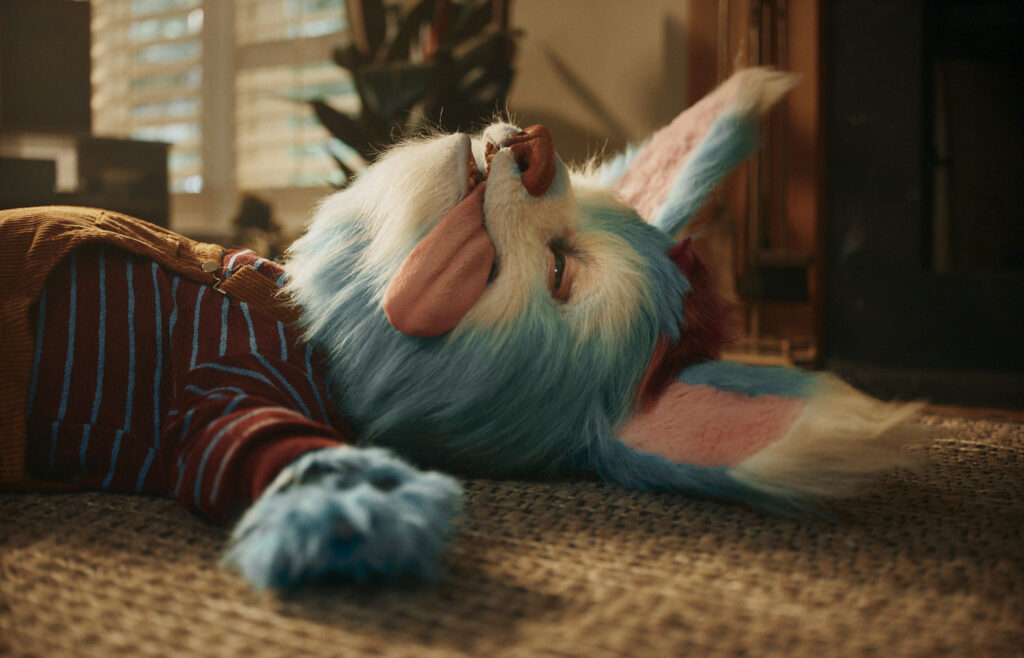 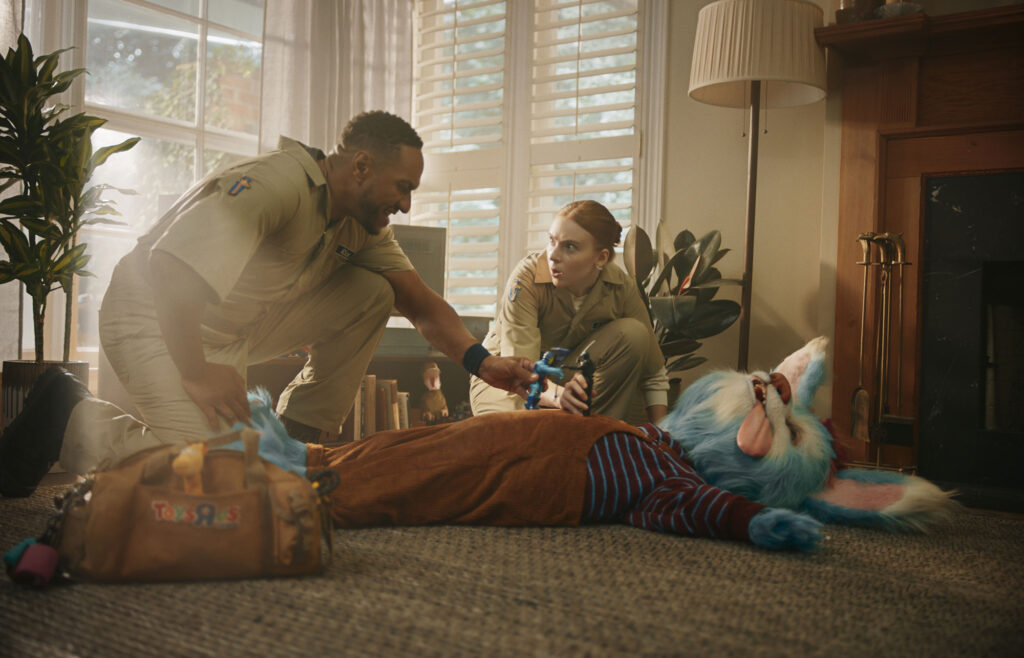 Toys’R’Us Canada is campaigning to bring back imaginary friends

They’re not as common as they once were, but this new campaign from Broken Heart Love Affair shows how the retailer is bringing back imaginary friends—one Mr. Ferguson at a time.

Once a childhood staple, imaginary friends have been dying out at an alarming rate in recent years, a casualty of the screentime that has increasingly become synonymous with playtime.

In a 2019 survey of daycare staff in the U.K., 72% of respondents said that fewer children have imaginary friends than they did five years ago, while 63% indicated that they thought screens are making children less imaginative.

These are dark times for imaginary friends, but Toys’R’Us Canada is quite literally reviving them with a charming campaign from Broken Heart Love Affair that represents the agency’s first work for the retailer since quietly winning the business earlier this year.

The “Imagination Included” campaign is anchored by a video spot called “Mr. Ferguson,” which shows how the retailer—and its well-curated assortment of products—can help bring back the imagination once so central to children’s play.

“When a child picks up a toy, it only comes to life through their imagination. As Canada’s dedicated toy and baby retailer, we have the tools to make sure that children can do that. When a child walks through our doors watching the wonder and amazement in their eyes is like magic, their world of make-believe becomes real. We are focused more than ever on encouraging imaginative play and nurturing this development in children. “Allyson Banks, Director of Marketing with Toys’R’Us Canada.

The spot opens on a mom encountering her son sitting bored on the couch. When she asks why he isn’t playing with Mr. Ferguson, he responds “who?” The spot then cuts to a shot of the boy’s furry friend prone on the floor, eyes closed and comically oversized tongue lolling out of his mouth.

A frantic call for assistance leads to a rapid response from a team of Toys’R’Us “playamedics,” who use everything from action figures to a Baby Shark Water Blaster and a whoopie cushion to bring Mr. Ferguson back to his fun-loving self. The spot is running as a :60, :30, a :15 and a :06 across OLV, cinema, and pre-roll, supported by social, out-of-home, catalogue advertising and in-store.

The broader campaign is designed to provide Toys’R’Us with an ownable platform by presenting it as a leading purveyor of play—an increasingly overlooked component of childhood that can play a crucial role in fostering imagination and creativity.

Creativity has been deemed the skill of the future by academics for its role in problem-solving and developing new ideas that help societies adapt, grow, and progress. When fostered in children, it can last a lifetime.

“As a parent of two young kids and a creative myself, the stat about the dwindling number of childhood friends really freaked me out,” says BHLA’s chief creative officer, Craig McIntosh. “I instantly raced to Toys ‘R’ Us to load up on action figures and other toys without manuals, so I could stoke the fires of my kid’s imaginations.”

Toys’R’Us selected Broken Heart Love Affair as its new agency partner this year based on its reputation for creating breakthrough work built around solid strategic insights. “This is just the beginning of our partnership,” adds Banks. “The ‘Imagination Included’ platform is a long-term strategy that is still in its infancy. Our imaginations are going wild thinking about what’s to come.” 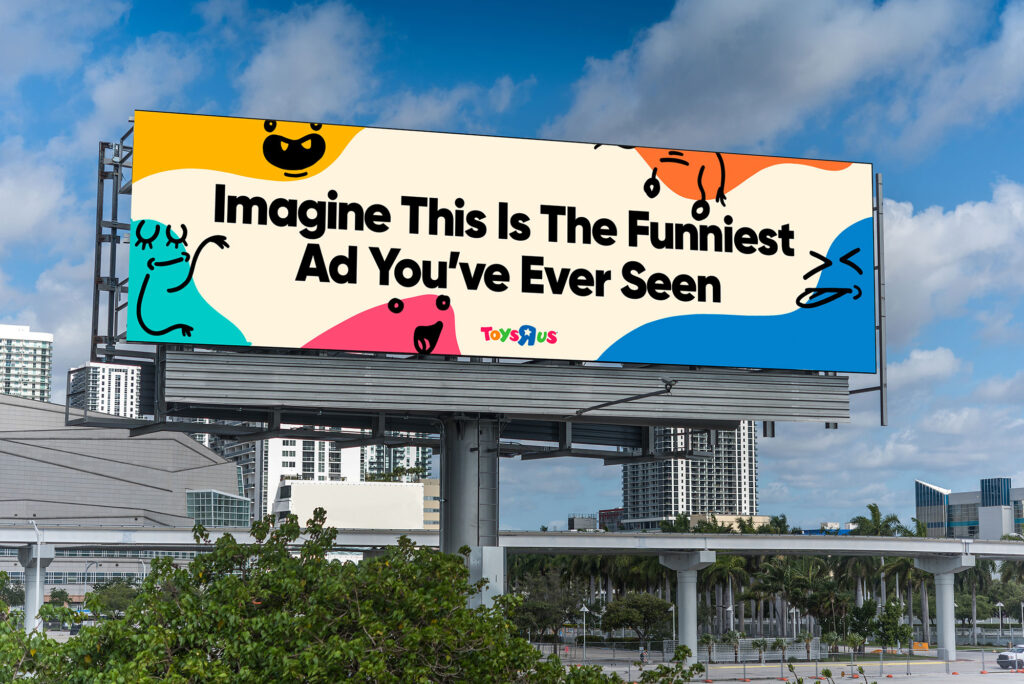 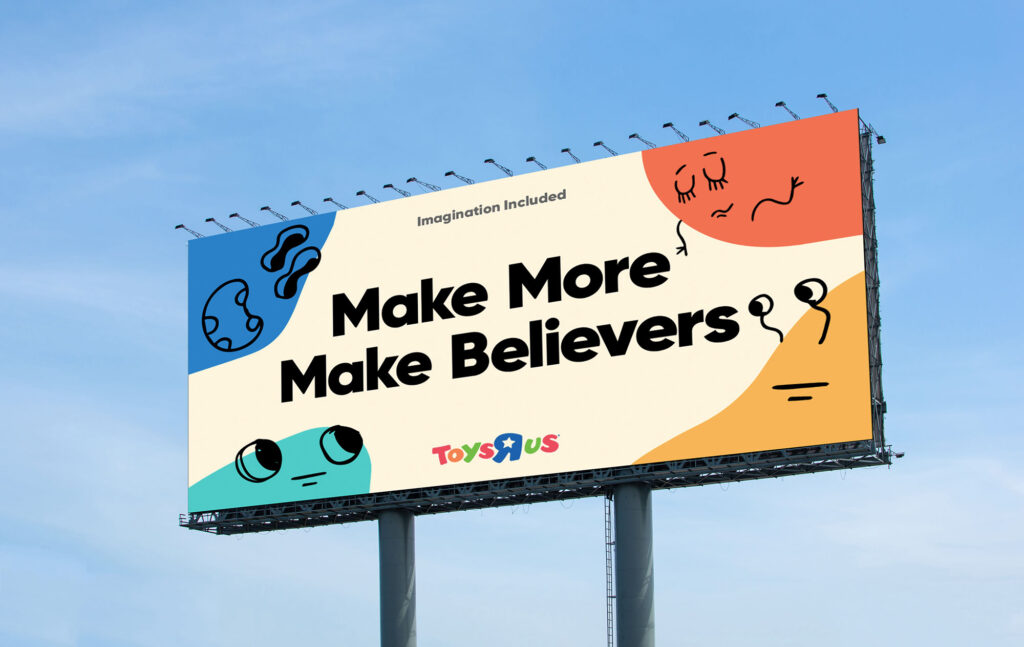 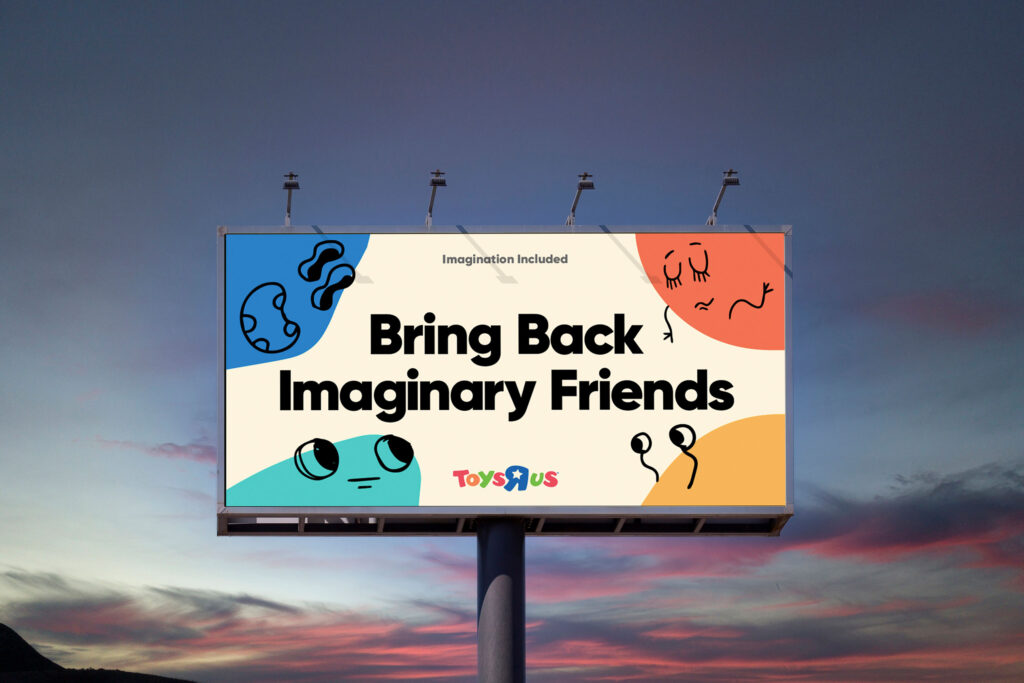 About Toys R Us
Toys”R”UsⓇ Canada has been Canada’s dedicated specialty retailer of toys and baby products since 1984, spreading happiness throughout its 80+ stores across Canada and e-commerce sites, Toysrus.ca and Babiesrus.ca. The company nurtures the needs for Canadian families in every stage from baby essentials to learning, and play, with a wide range of national brands, exclusive products, innovative programs and unique partnerships. Committed to creating an experience-driven destination for the whole family, Toys”R”UsⓇ Canada offers a fun and memorable in-store experience for children and their parents. The company also focuses on giving back to its communities through charitable efforts that support children in need and their families. Toys”R”Us Canada is a subsidiary of Putman Investments. Toys”R”Us and Babies”R”Us are registered trademarks owned by Toys”R”Us (Canada) Ltd. All rights reserved.

About Broken Heart Love Affair
Broken Heart Love Affair is a global agency based in Toronto and the partnership of industry veterans Jason Chaney, Carlos Moreno, Denise Rossetto, Todd Mackie, and Beverley Hammond. The agency, named AdAge Silver Newcomer Agency in 2021 and Strategy Small Agency of the Year Silver, is focused on gathering the most decorated strategic and creative talent on a mission to bring back the love for brands, clients, and the creative community. The agency celebrated a Cannes Lion and recognition at every major award show in its first year. Brokenheartloveaffair.com