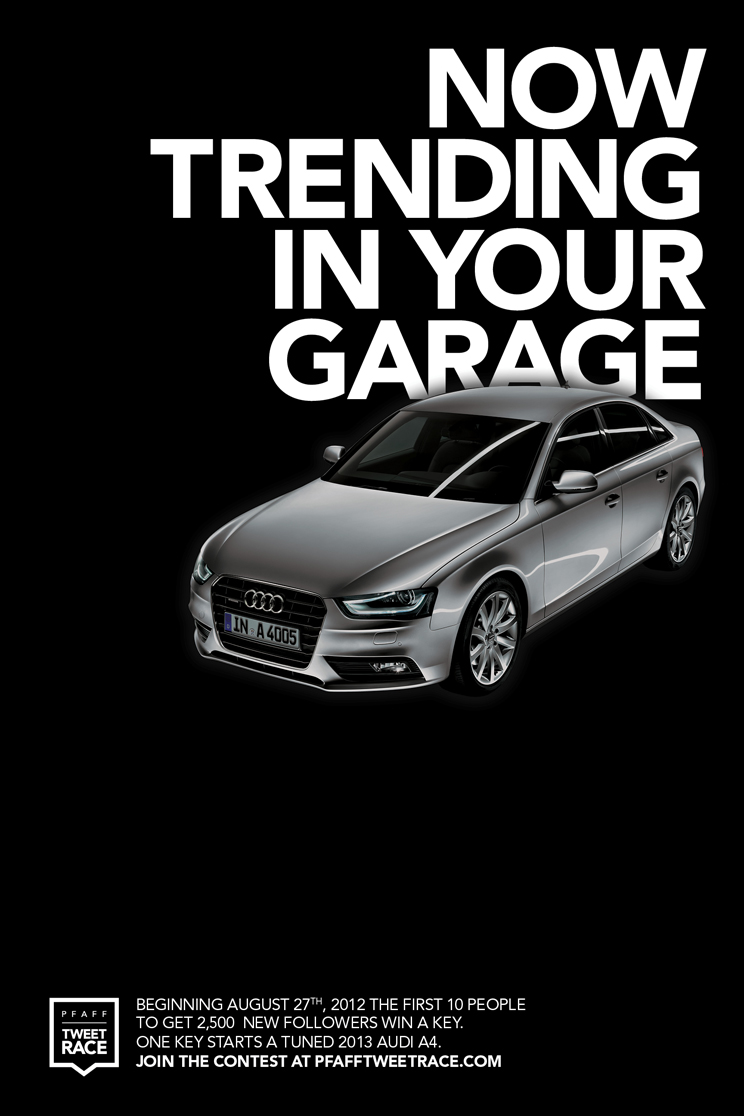 Created by Lowe Roche, the Pfaff Tweet Race is the first contest of its kind for Twitter users.

The idea is simple: it’s a virtual race for a real car.

The race began this morning at 8:00 A.M. EST, and users can join the race by signing in with their Twitter account at PfaffTweetRace.com. The first ten contestants to gain 2,500 new Twitter followers will each win a key. One of those keys unlocks the door to a 2013 Audi A4 with a one-year lease and a tuning package worth $5000, courtesy of Pfaff Auto.

Contestants can keep track of their positions in the race on PfaffTweetRace.com. The race will continue until the top ten have been selected, or for two months, whichever comes first. The ten key holders will be invited to a special gala event Pfaff Auto where the winner of the new car will be revealed.

“We wanted to engage true car enthusiasts with a contest that was fun and challenging, with a premium prize, in keeping with both our target and the dealership itself.” Said, Sean Ohlenkamp, Digital Creative Director, Lowe Roche. “The simplicity of Twitter as a social media channel appealed to us. We knew we could make the platform work in an interesting way, and increase Pfaff’s digital presence at the same time.”

The contest is supported by print ads running in The National Post and well as in-dealership at Pfaff Auto and via their website. It’s also being covered by select bloggers. 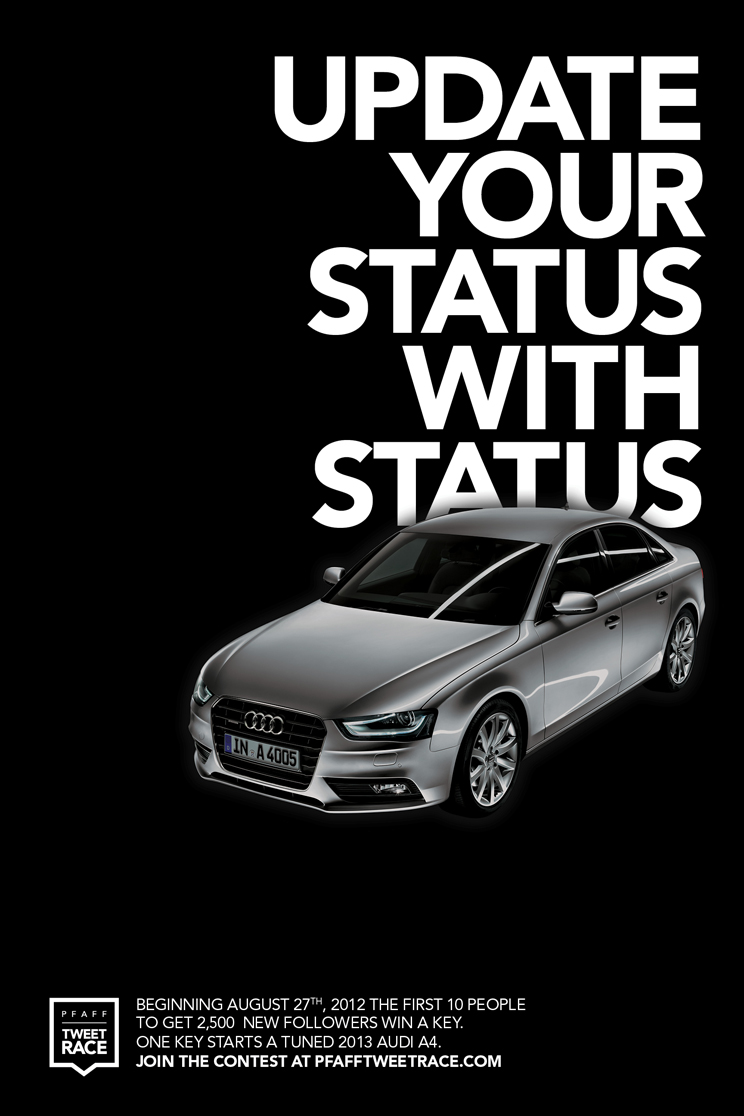 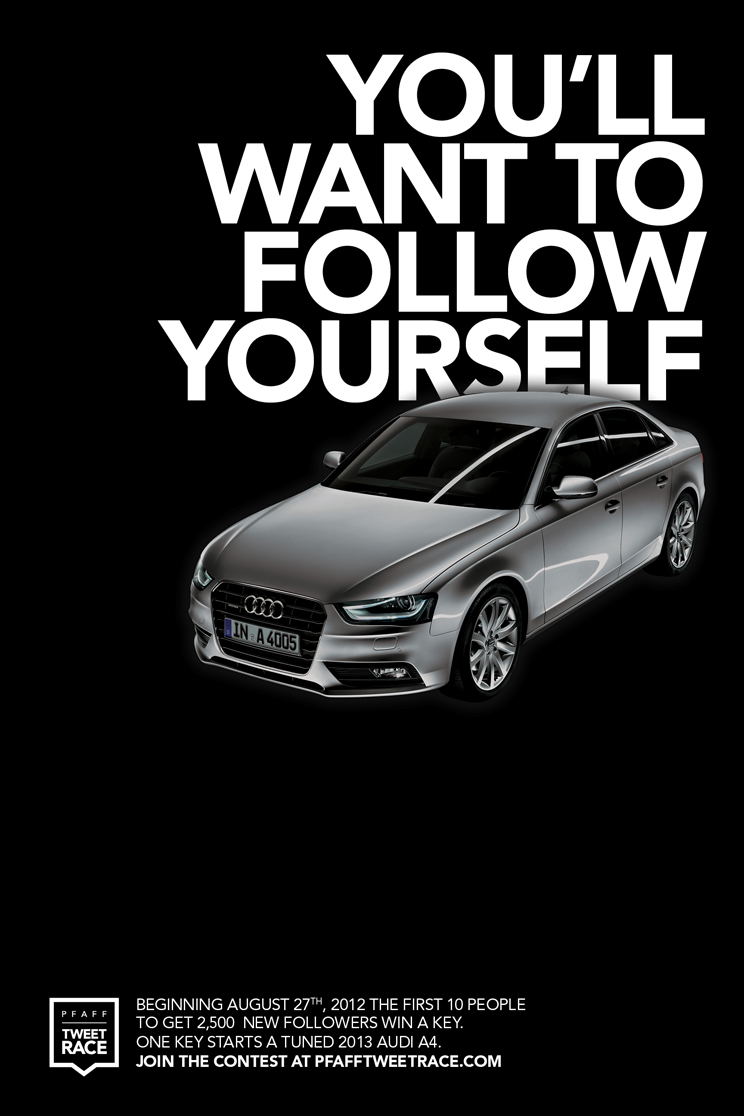 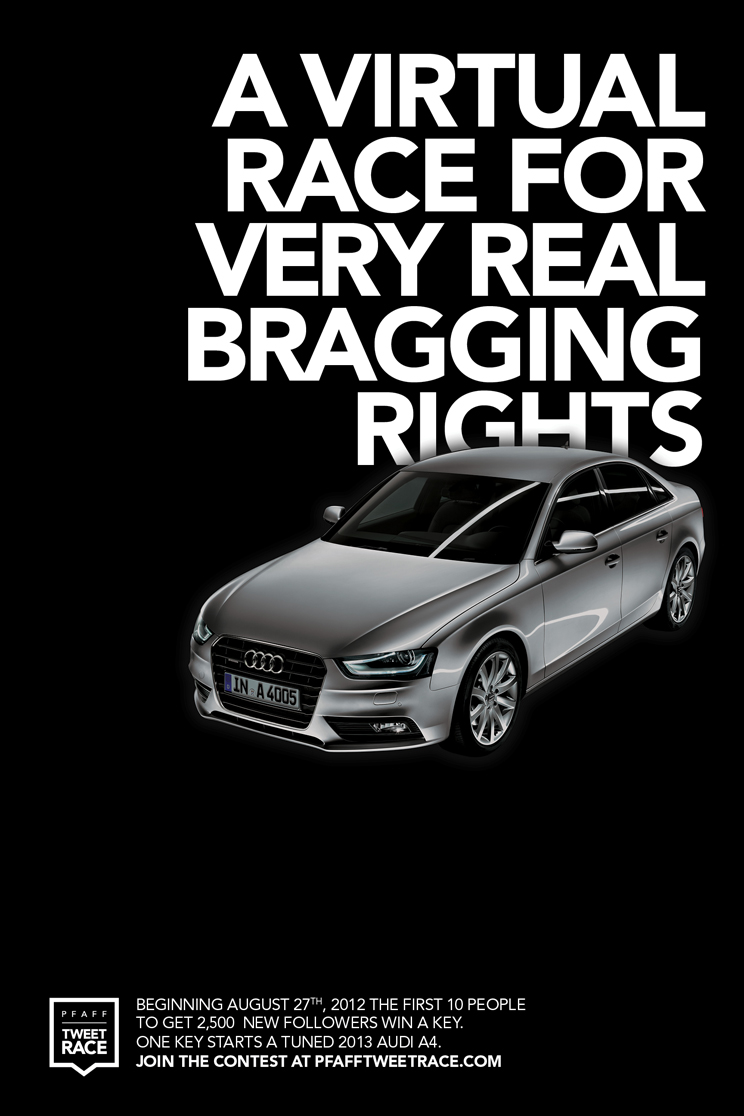