The Heart and Stroke Foundation asks: What will your last 10 years look like?

In a print, television and online campaign launched this week, via Toronto agency Lowe Roche, the Heart and Stroke Foundation is urging Canadians to take action and “Make Health Last”.

The visual narrative in the thought-provoking 60-second broadcast spot juxtaposes imagery of a healthy older man’s life to that of an unhealthy one. 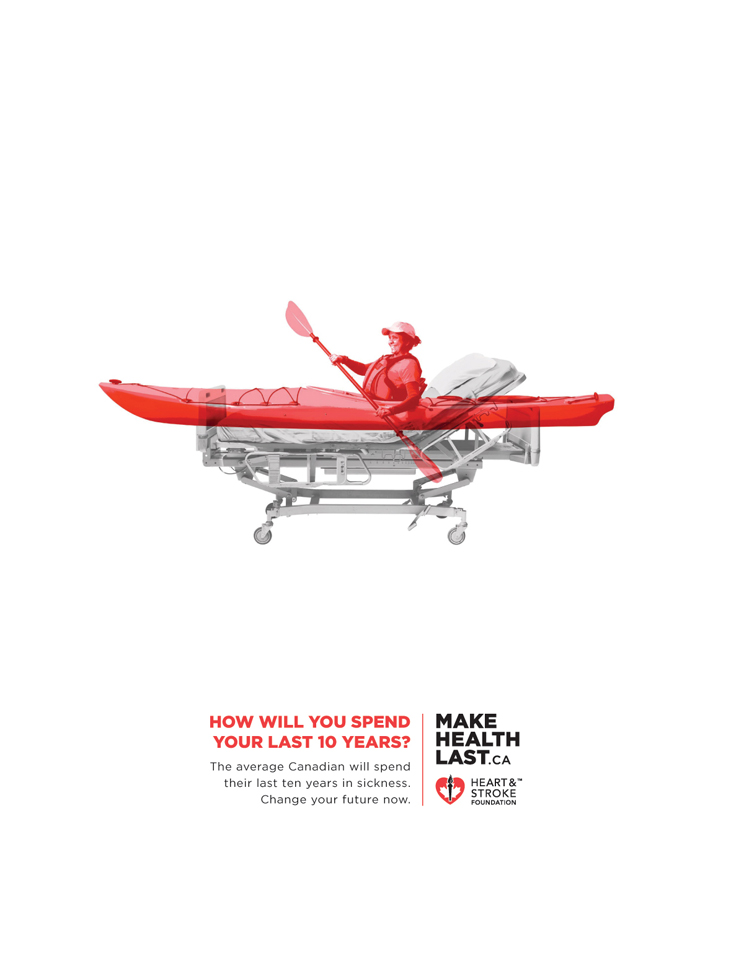 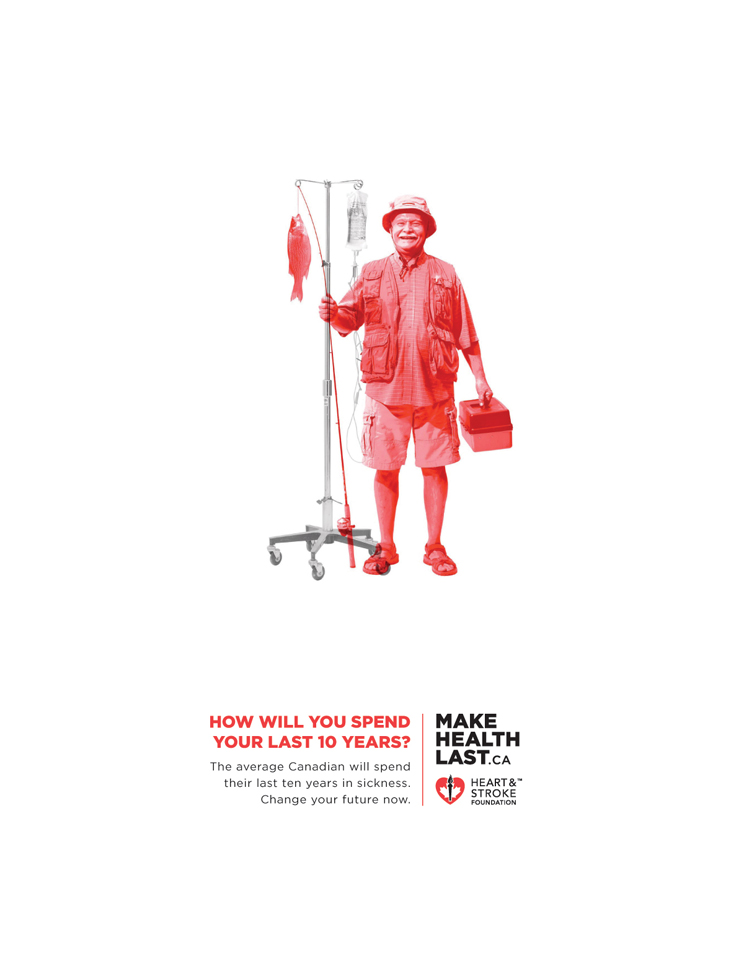