It’s Super Bowl madness in Adland. Take a break and chill to this soothing and sultry video for Timber Timbre’s “Hot Dreams” directed by Leblanc + Cudmore, who have just signed with Revolver Films for international representation.

Leblanc + Cudmore is the creative collaboration of the award-winning team of director Scott Cudmore and cinematographer Michael Leblanc. Together they have created unique and innovative videos for artists such as Fucked Up, METZ, Bahamas, Stephen Malkmus among others. Timber Timbre’s Hot Dreams launched today. View their music video reel.

In addition to their music videos, the duo has also created commercials and PSAs for clients such as VISA, Mitsubishi, and AMI. View their commercial film reel.

“Scott and Michael are creative people we have long admired both individually, and now as a collective,” said Richard Cureton, Executive Producer, Revolver Films. “They have been bubbling under the surface for a while now and it is our intention to have their work seen by a wider audience both locally and internationally.”

“The visual honesty of their work is what drew me in from the very beginning and fits perfectly with the architecture of Revolver.” Adds Luc Frappier, Partner and Executive Producer, Revolver Films.

Leblanc + Cudmore have been collaborating together for seven years. Their portfolio spans many genres and styles their work is often noted for its self-reflexive and highly cinematic visual approach and has been featured in Rolling Stone, Pitchfork, The Globe & Mail and Interview Magazine. The duo have been honoured by awards from the MMVAs, Marketing Awards and the ADCCs.

A picture of Leblanc + Cudmore is below. 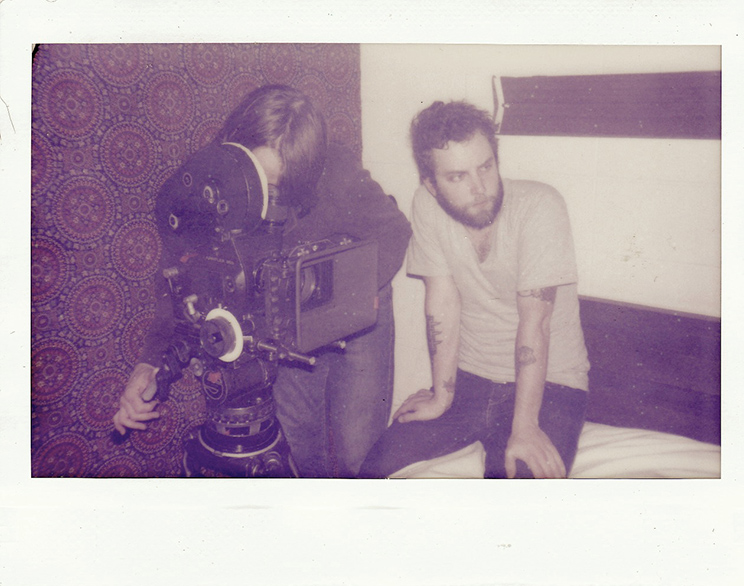