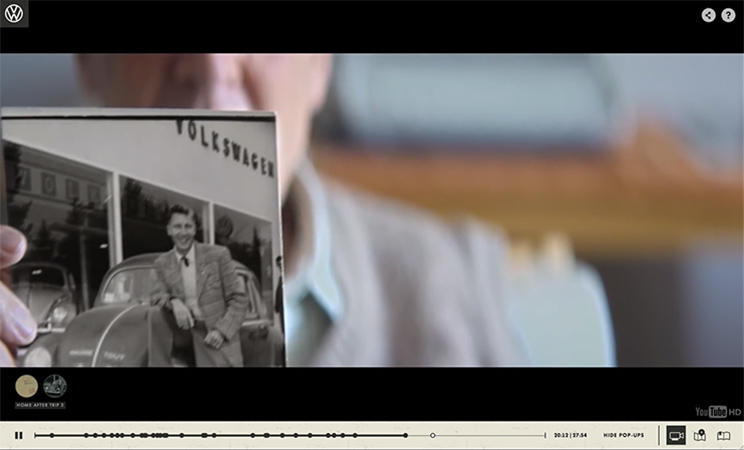 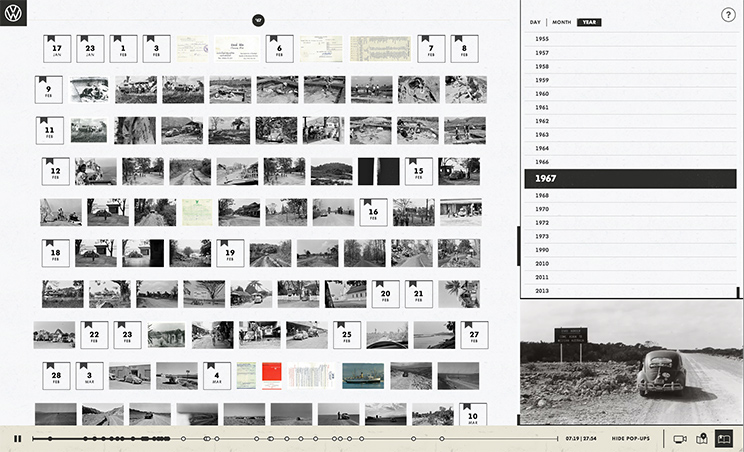 A Volkswagen Beetle Goes Around The World Three Times. And That’s Just The Beginning.

Great stories often begin with an unlikely duo, setting out into the unknown, on what will become the adventure of a lifetime. For Paul Loofs, the story began in 1955 when he bought a Volkswagen Beetle and decided to drive it around the world: not once, but three times. And 58 years after its first trip around the world, Beetle #903847 is still on the road. The documentary film and interactive website, ‘Once More, The Story of VIN 903847’, follow the journey of the 1955 Beetle from past to present, in a remarkable story that has yet to end.

After stumbling upon archival pictures featuring a man and his 1955 Beetle, Volkswagen Canada along with Toronto-based advertising agency Red Urban, knew they had a story to tell. Tracking down 82-year old Paul Loofs, the man in the picture, was just the beginning of a year-long project to bring the story of VIN 903847 to life. Working closely with Academy-Nominated director Hubert Davis, of Untitled Films, and Paul Jutras, of Rooster Post, Red Urban created the thirty-minute documentary ‘Once More, The Story of VIN 903847’, which premiered on Discovery Channel and Bravo in January.

“We feel that it really speaks to our fans, not only reinforcing the emotional connection so many people have to the brand, but celebrating the truly remarkable stories that so many of our owners have. It is not so much about a single car, although this Beetle is remarkable, it is more about how one car connects so many different people and their experiences, proving itself as The People’s Car,” says Volkswagen Brand Marketing manager, Lynne Piette.

But the film is only part of the experience. The interactive site at oncemore.ca, uses the film as a backbone to an immersive exploration of the Beetle’s 58 year (and counting) history. The unique interface of the site combines the film with a map of the Beetle’s day-to-day travels, enabling viewers to explore Paul’s journal entries, photographs, and other artifacts as they correlate to the story. Alternatively, the site can be explored organically, using the map to access specific locations on the Beetle’s journey. Together, the documentary and the website provide a unique interactive experience, allowing viewers to fully immerse themselves in the story of ‘Once More’.

The importance of the immersive experience is underscored by Christina Yu, Executive Creative Director of Red Urban, “This car has an incredible tale to tell. Paul’s journals and photographs alone are so comprehensive and fascinating that we knew we had to do more than just the film to bring the whole story to life. And that’s what lead us to the concept of the interactive film for the website.”

The documentary is airing on Bravo and Discovery Channel until the end of February. Showtimes are:

See the site at www.oncemore.ca.

Founded in 1952, Volkswagen Canada is headquartered in Ajax, Ontario. It is the largest volume European automotive nameplate in Canada, and sells the Golf, Golf Wagon, Golf GTI, Beetle, Jetta, Eos, Passat, CC, Tiguan, and Touareg through 136 independent Canadian Dealers. It is the leader in affordable TDI Clean Diesel vehicle sales in Canada, and forms part of Volkswagen Group Canada Inc., a subsidiary of Volkswagen AG headquartered in Wolfsburg, Germany.

Volkswagen is one of the world’s largest producers of passenger cars and is Europe’s largest automaker. 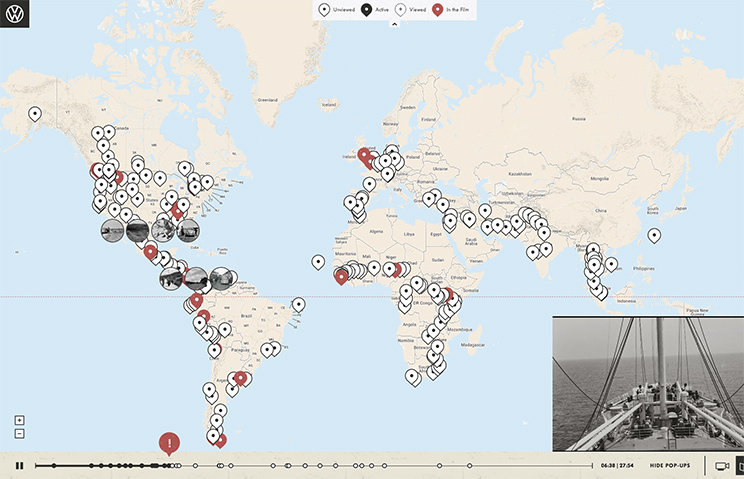