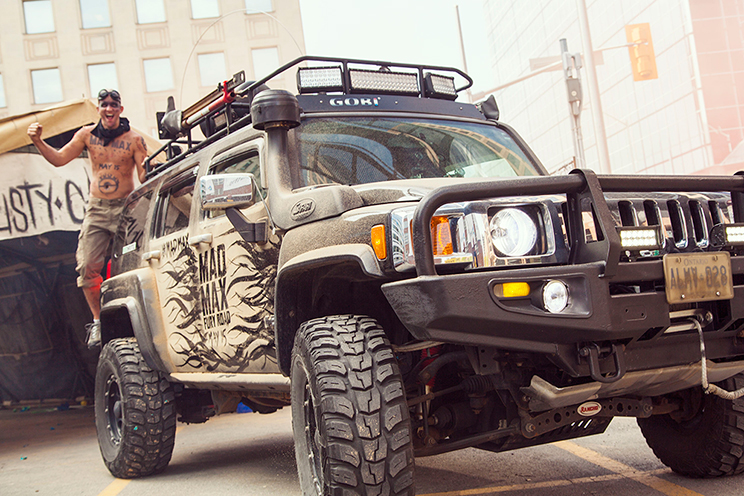 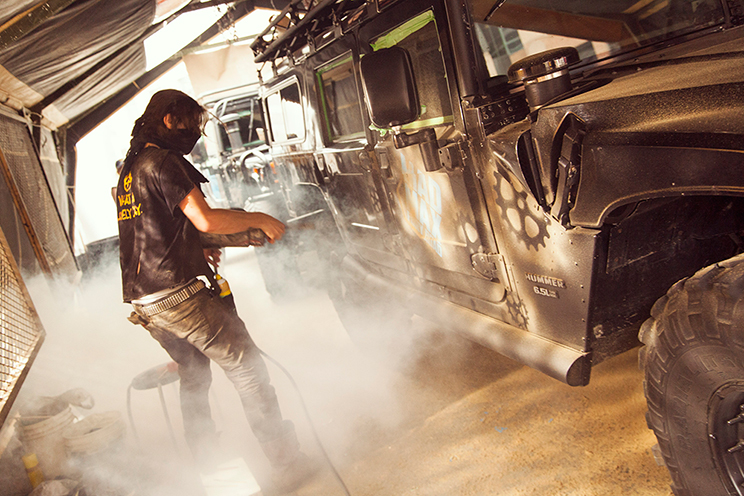 To promote Mad Max: Fury Road a piece of downtown Toronto was transformed into a post-apocalyptic world – complete with scrap metal, pyrotechnics and of course, coloured smoke grenades. At the centre of all the chaos: The Dusty Car Wash.

People were invited to bring in their vehicles and have them covered with dust, which became canvases for artists. These artists would then re-create imagery from the movie on each vehicle, including: skulls, flames, gears, movie quotes, and even the title and release date. Once vehicles were covered with artwork, they drove away – creating mobile billboards all around the city.

This dust-filled, one-of-a-kind stunt was created by Toronto-based creative agency Lowe Roche with the support of Warner Brothers Pictures Canada, a team of Hollywood set dressers and professional artists. 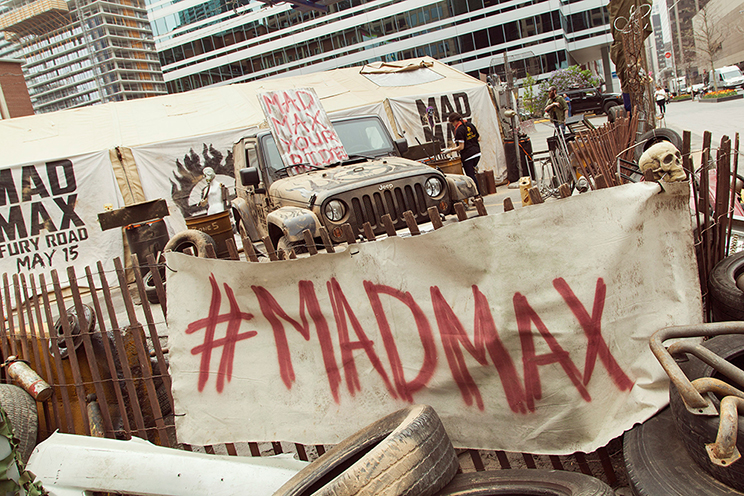 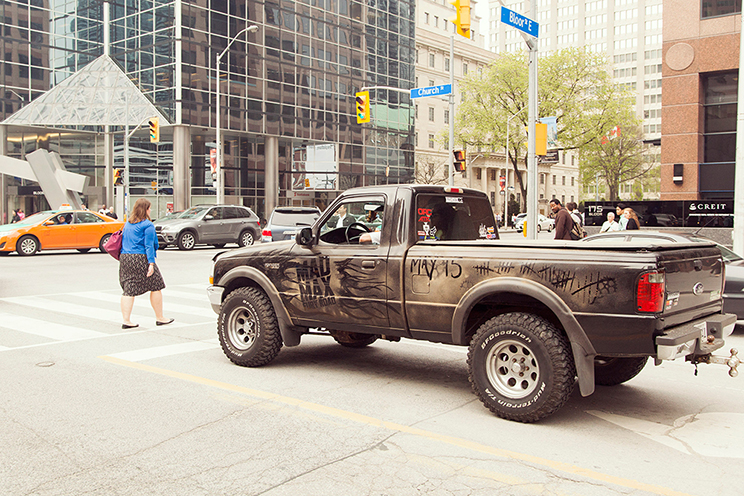 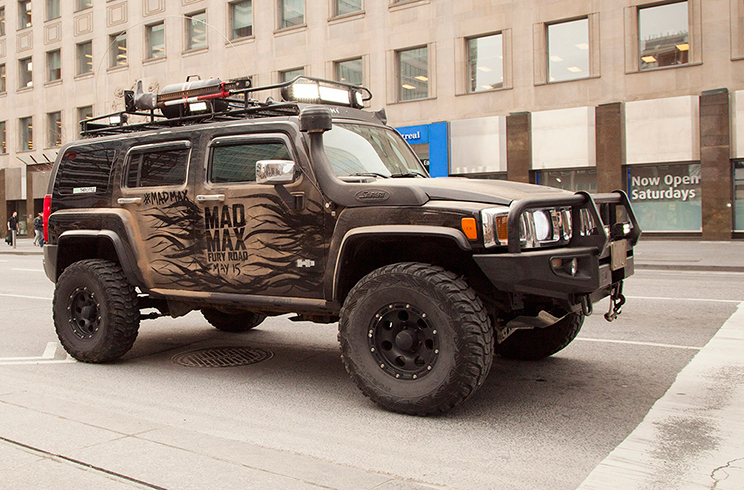 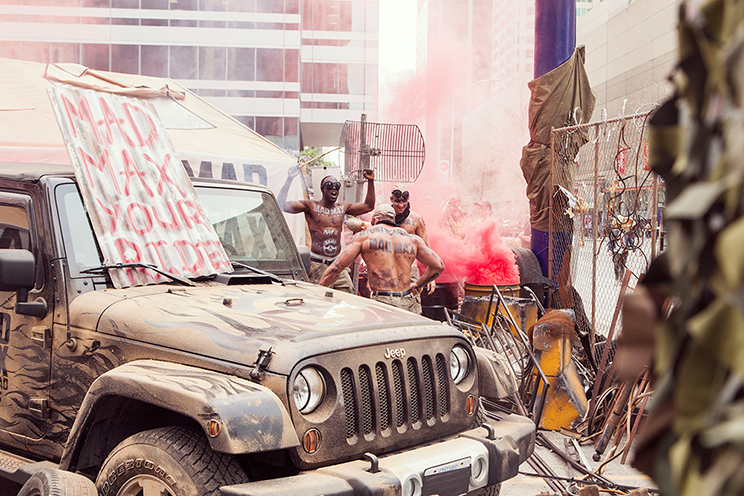 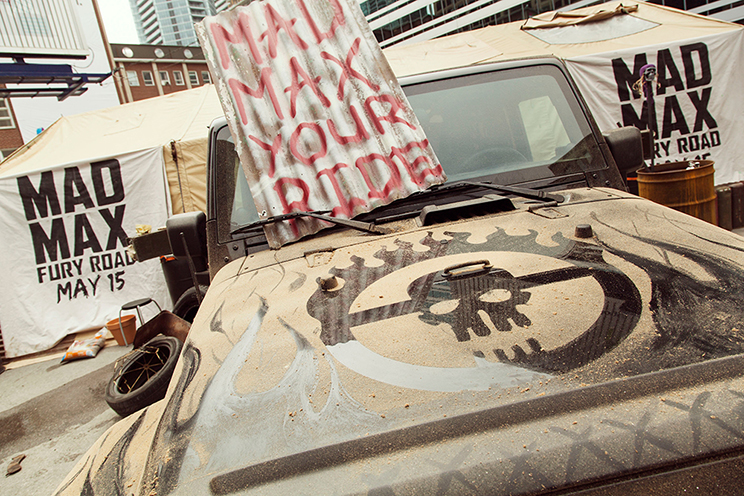 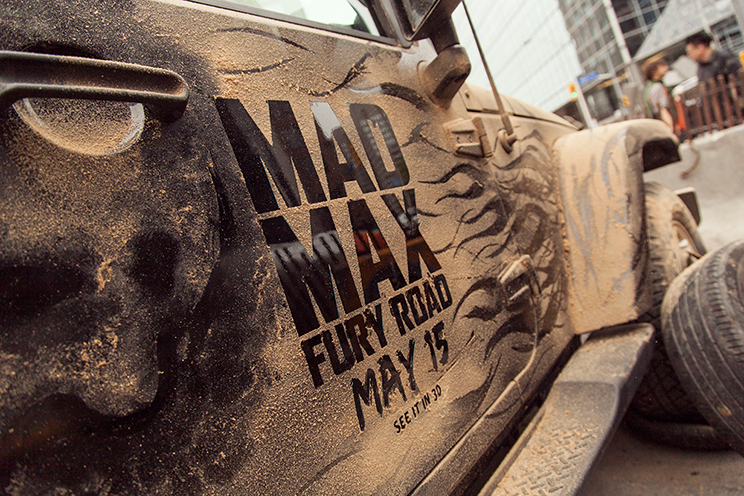 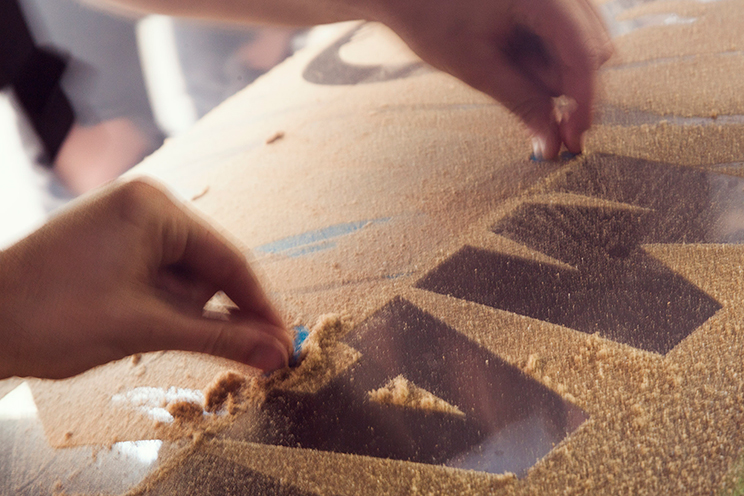