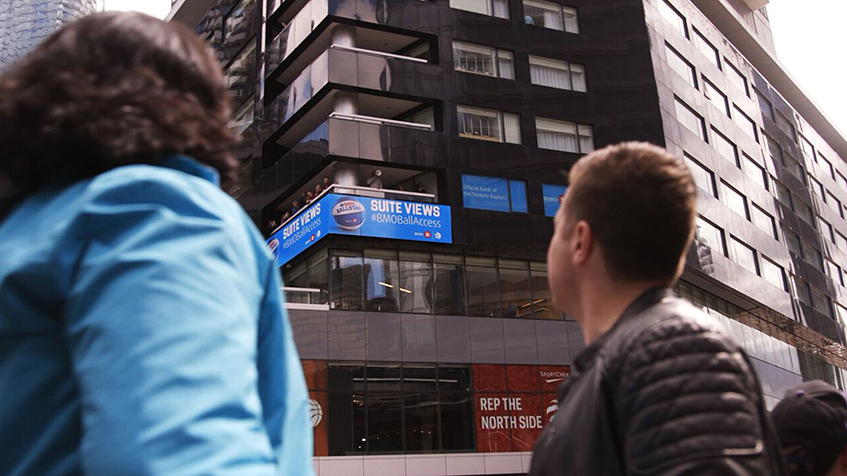 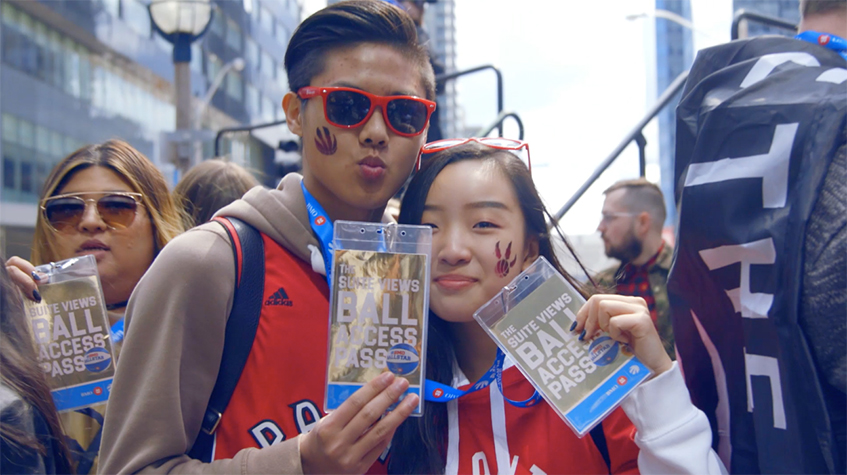 Watching Raptors playoff ball from Maple Leaf Square is electric. For some fans that gathered to watch game 4 of the team’s second-round series, against 2016 rivals Cleveland Cavaliers, the experience was elevated… literally.

Those invited to BMO’s “Suite Views” luxury suite were treated to unfettered views of the outdoor screen outside the ACC – along with bragging rights that they watched game 4 from the best views in the 6.

Once in the suite, fans were hosted by TSN’s Cabbie Richards and former Raptor Morris Peterson, while TSN featured live “Suite Views” segments during the game. In addition to a replica basketball court and expansive balcony views, lucky fans were treated to courtside highlights through a virtual reality experience. Watch a video in the tweet above.

To let fans know how they could score this VIP treatment for the game, BMO promoted “Suite Views” on social media using the hashtag #BMOBallAccess. For their chance to experience “something…suite”, BMO customers were asked to bring their BMO debit card or BMO Mastercard to Maple Leaf Square and urged to proudly show their support for the Raptors for a chance to get up to “Suite Views”.

An on-site production crew shot content of in-suite experiences such as: the moment fans met Morris Peterson, a free throw contest, and a tense Ball-Star finger spin challenge. This content was delivered live through digital channels including Instagram Stories, Twitter and Facebook.

“We wanted to give fans a one-of-a-kind playoff experience,” says Jeff Hilts, Chief Creative Officer, FCB Toronto. “Once inside, fans could sit and talk basketball with Morris Peterson and Cabbie Richards. The whole event was also amplified through social, so fans who couldn’t be there could enjoy the experience online. It was a great way for everyone to get a ball-access pass to the post season.”

BMO has been the official bank of the Toronto Raptors since 2013, a designation that includes an in-arena presence and sponsorship of its TV coverage. The bank’s “spokes ball”, the BMO Ball-Star is currently appearing in a series of playoff related spots also created by FCB Canada.

Spirits are high in #SuiteViews—and not just because we’re watching from the 4th floor. Cue the comeback. #BMOBallAccess #BMOBallStar pic.twitter.com/dP5yXoQ3ae 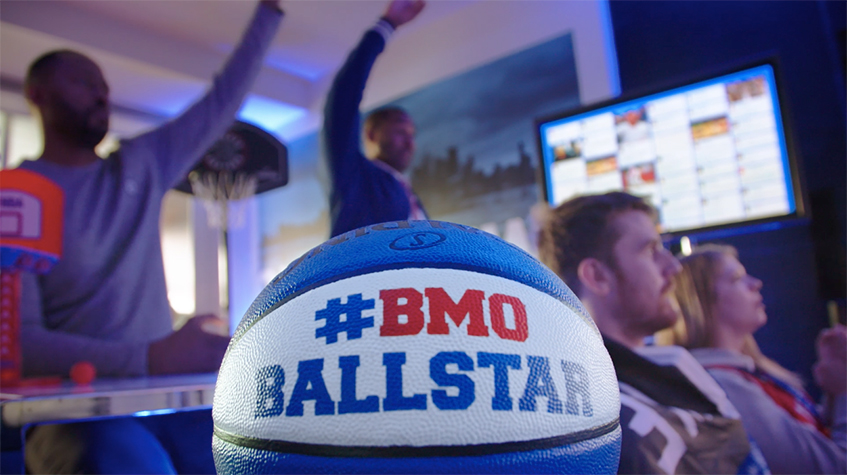