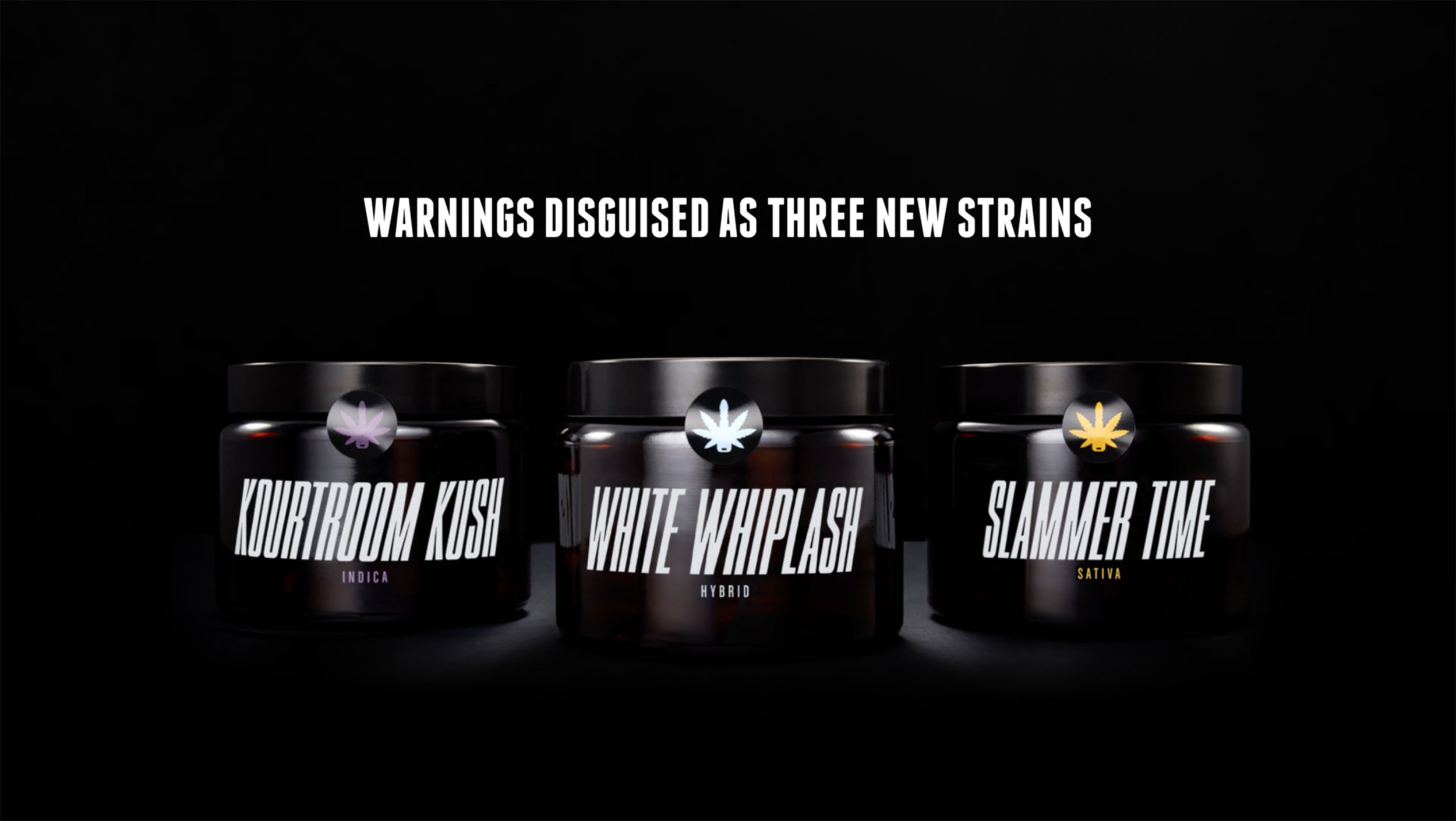 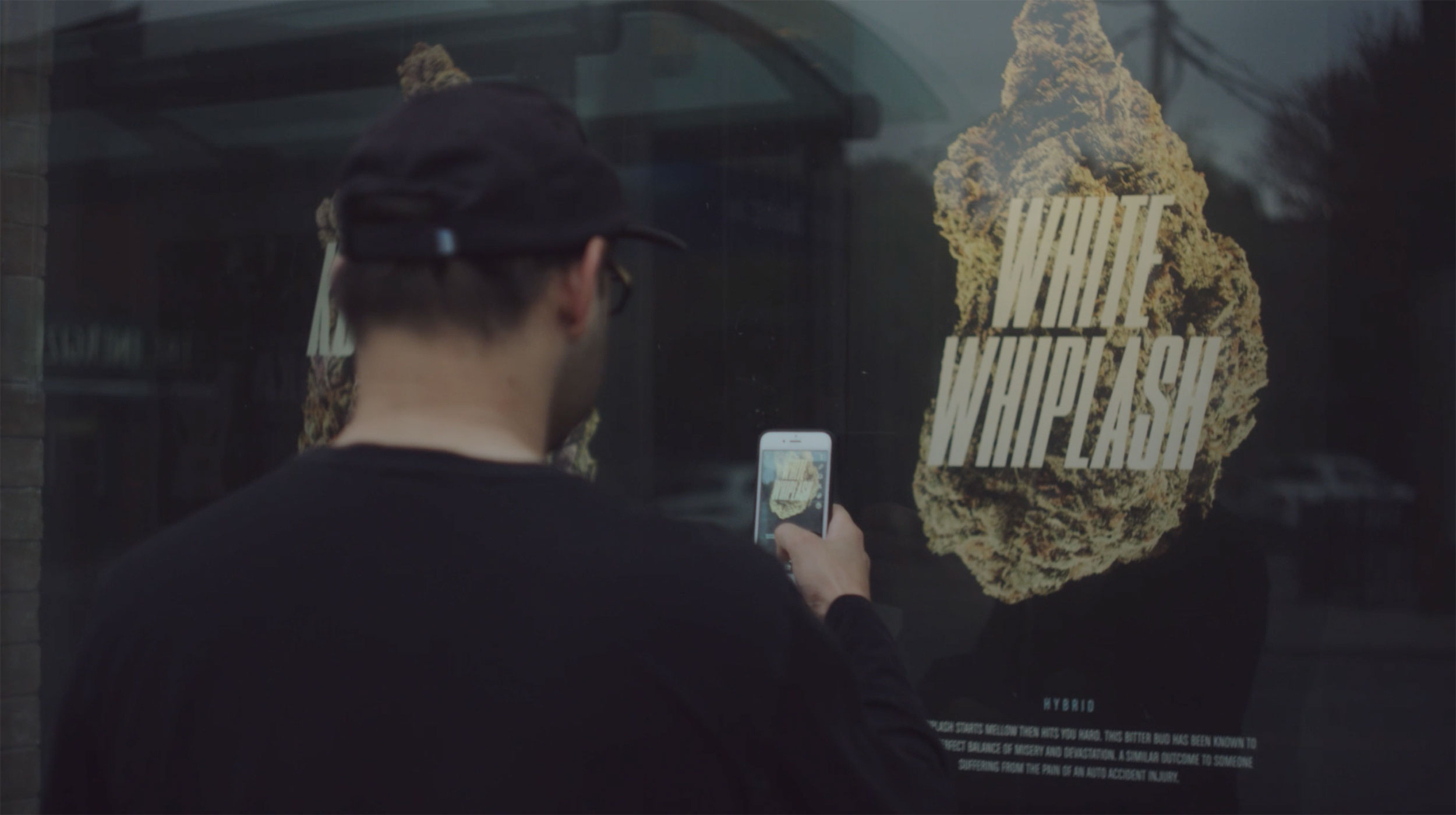 High driving is on the rise in Canada. Nearly 500,000 Canadians have admitted to driving after using marijuana in the past year, and these numbers are expected to increase substantially when recreational marijuana becomes legal in 2018.

BBDO Toronto and R.I.D.E. CHECKS have collaborated with Beleave, a licensed producer of medical cannabis, to create three new cannabis strains to expose the consequences of driving high.

The three new “Consequence Strains” – Kourtoom Kush, White Whiplash and Slammer Time – are being introduced to the public through a new online documentary, influencer outreach and the R.I.D.E. CHECKS launch event at Humber College in Toronto on Nov. 29.

Each strain features a product description outlining the possible consequences of driving high and resolves with the line, “If you don’t want these consequences, don’t drive high.”

A relative newcomer to the scene, Kourtoom Kush is an emotional joyride that doesn’t end well. This first-time offender conjures up feelings of regret, shame and guilt, the same emotions as someone who’s just been charged with impaired driving.

Slammer Time picks a potent punch, often inducing feelings of remorse, paranoia and isolation from the outside world. The same feelings as someone who’s been sentenced to life in prison for killing another driver or pedestrian.

White Whiplash starts mellow then hits you hard. This bitter bold bud has been known to strike the perfect balance of misery and devastation. A similar outcome to some suffering from the pain of an auto accident injury.

The associated materials drive to a dedicated website, ConsequenceStrains.com, which outlines the consequences of being caught driving high – which range from a $1,000 minimum fine to an 18-month jail sentence for first-time offenders. The site also contains victim testimonials and statistics.

“The strains are a way to break through to our audience – young Canadians – because they don’t typically view driving high as a problem,” says Denise Rossetto, Chief Creative Officer, BBDO Toronto. “By creating this campaign we hope to educate and remind cannabis users that all strains of marijuana carry the dire consequences of driving high.”

Canada is set to become just the second country to legalize recreational marijuana use in July 2018, potentially leading to increased instances of users driving high. “We know that marijuana can lead to cognitive impairment, which is the reason we decided to team with R.I.D.E. CHECKS on this great anti high-driving campaign,” says Roger Ferreira, Beleave’s chief science officer.

Nearly 40% of the people who have admitted to high driving in the past year are between the ages of 15-24. In a recent focus group, young adults admitted to regularly smoking and driving, with some saying it’s not a problem and that it helps them focus.