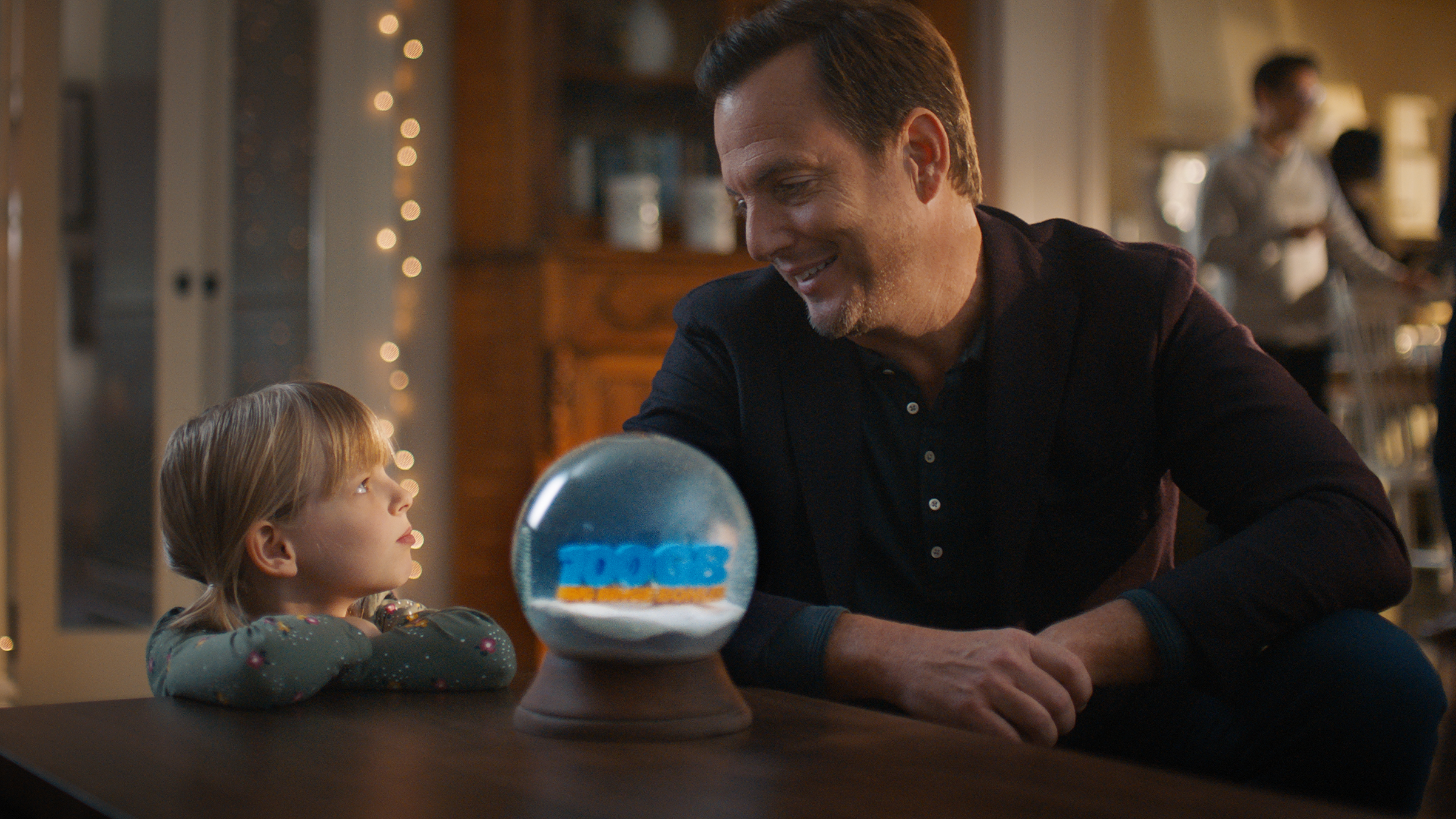 Canadian funnyman Will Arnett is reprising his role as a champion for the everyday wireless customer in a new holiday campaign for Freedom Mobile.

Developed by Toronto agency Rain, the campaign is promoting Freedom’s limited-time “Big Binge Bonus” – 100-gigabytes of bonus LTE data that can be used in addition to customers’ monthly allotment at no additional cost.

The holiday-themed campaign is built around a pair of 30-second commercials featuring Arnett in his guise as a whistle-blower, calling out the injustices of rival telcos’ often restrictive data plans.

The first spot, “Overdoing It,” sees Arnett hilariously pointing out the various ways Canadians “over-do it” during the holidays, from over-eating and over-sleeping, to going overboard on their data plan, leading to onerous overage changes.

In the second spot, “Snow Globe,” Arnett talks with a young girl admiring a snow globe, noting that the snowmen inside are trapped “just like mommy and daddy in their expensive data plan.” He then tosses aside the snow globe in favour of one promoting the 100GB Big Binge Bonus. “Are you Santa?” the young girl asks as Arnett walks out of the house. “Something like that,” he responds.

The campaign is aimed at helping Freedom Mobile stand out from its competitors during the holiday period, when consumers are inundated with telco advertising. The ads feature the tagline “That’s Freedom.”

“We know this is one of the busiest times of the year in the telco sector, and this campaign and offer allow us to be disruptive at a market-heavy time – much like we did with our Back to School Campaign with Will,” says Dave Stubbs, Rain’s VP, Executive Creative Director.

The TV spots are part of an integrated campaign that also features radio and out-of-home, in addition to digital video, banners and paid social.