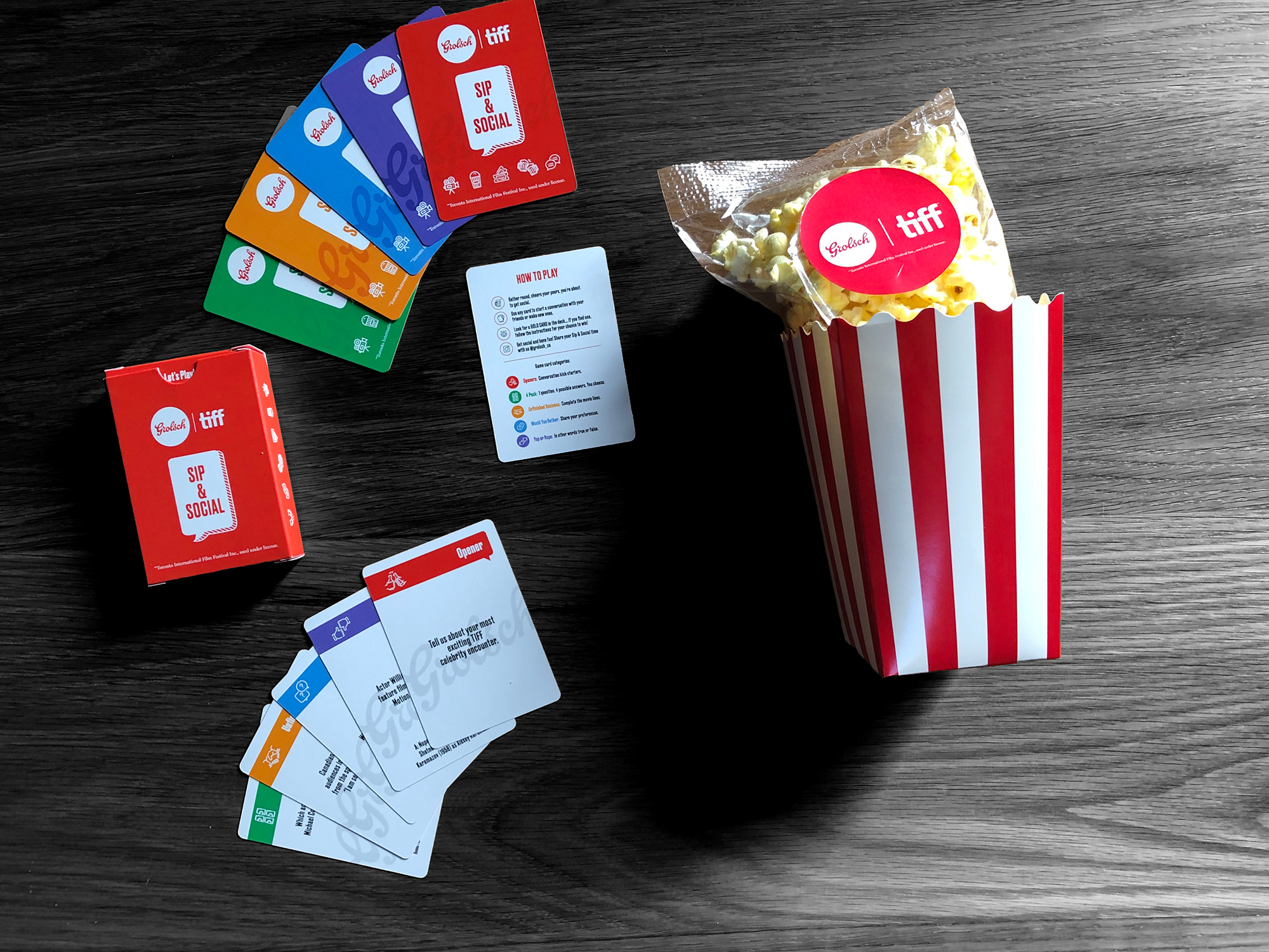 Grolsch is embarking on a not-so-trivial pursuit of Toronto’s film fans.

The beer brand is celebrating its eighth year as the official brew off the Toronto International Film Festival (TIFF) with an integrated campaign that extends its presence into the bars and restaurants surrounding festival venues.

In addition to out-of-home and social elements, the campaign from Toronto’s Smaller Agency also includes the “Sip & Social”—a TIFF-based card game designed to act as a social lubricant. Participating bars are distributing the game along with popcorn and instructions. The game consists cards in four categories; Yup or Nope, Would You Rather, Opener, Unfinished Business, and 4 Pack. Samples for each are below.

Yup or Nope:
TIFF was originally named The Festival of Festivals.

Would You Rather:
Would you rather be John Wick or Tony Stark. Why him?

Opener:
If you could be any movie character for one day, who would you choose?

4 Pack:
Which actor turned down the part of Michael Corleone in The Godfather?
A Robert Redford
B Jack Nicholson
C Dustin Hoffman
D all of the above

According to Smaller Agency’s founder Noah Barlow, people are increasingly looking to participate in activities when they are out together. “This places Grolsch at the centre of the activity and gives people fun film knowledge that they can share with each other through a social game,” says Barlow.

The creative elements show Grolsch’s iconic green bottle, including its instantly recognizable “swing top,” in film-related environments such as the hair and makeup chair, in front of a green screen and on the film’s set.

In keeping with TIFF’s core idea of letting visuals do most of the talking, the ads are light on copy, relying only on a single film-related expression, such as “Bold,” “Character,” and “Distinctive.”

As the lead creative agency for the Grolsch and TIFF partnership, Smaller Agency also developed all bar-related communications, including posters, coasters, tent cards and sell sheets. 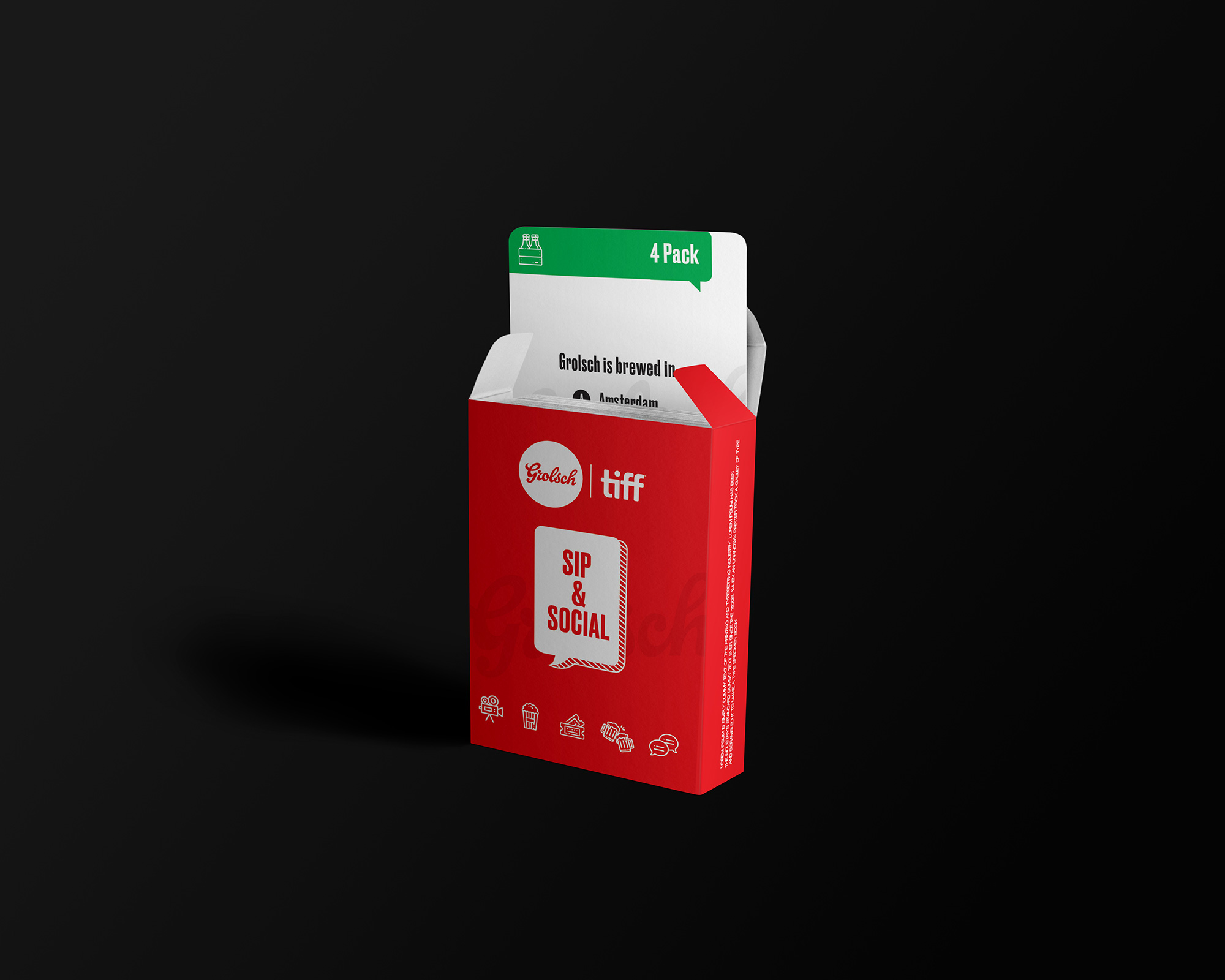 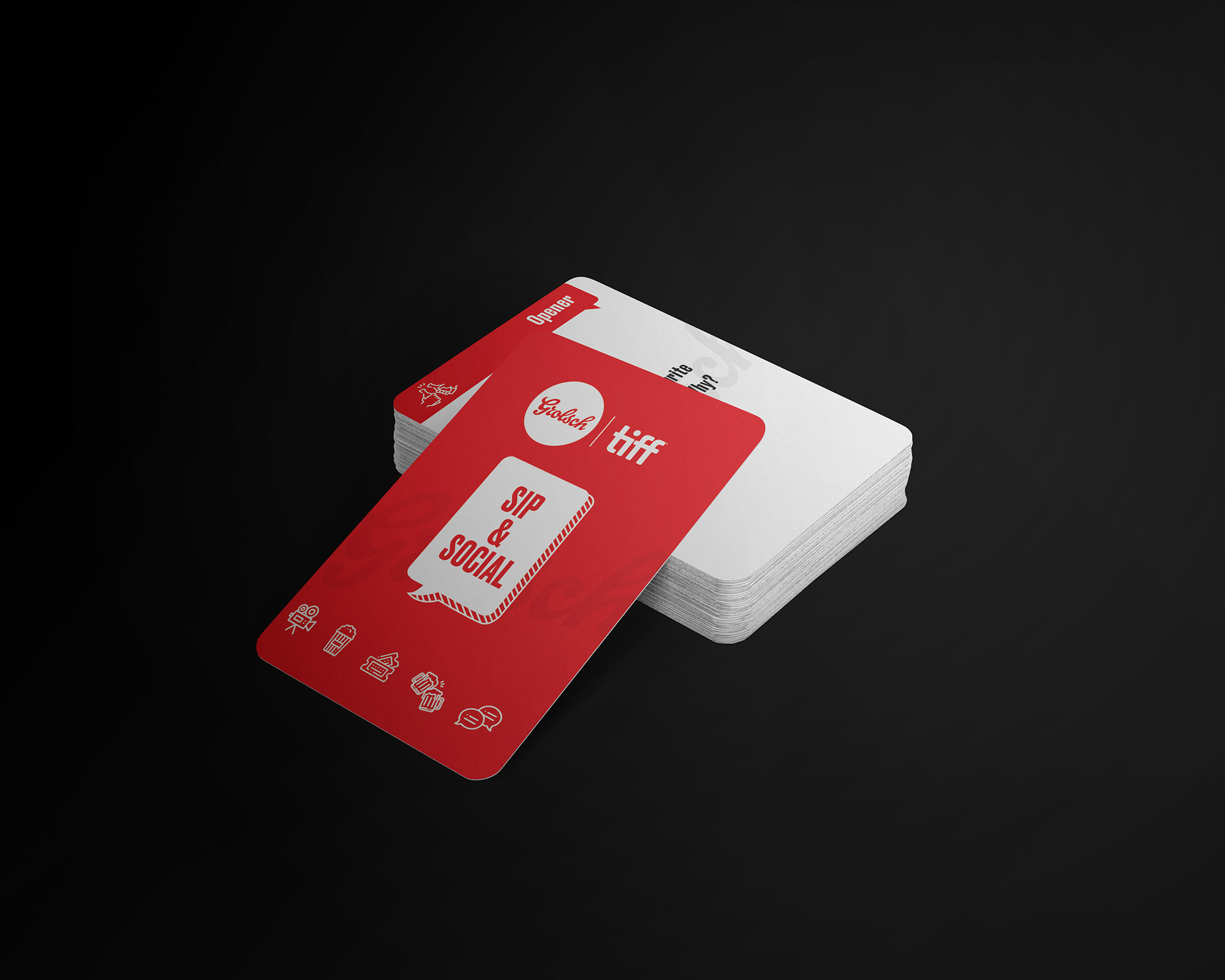 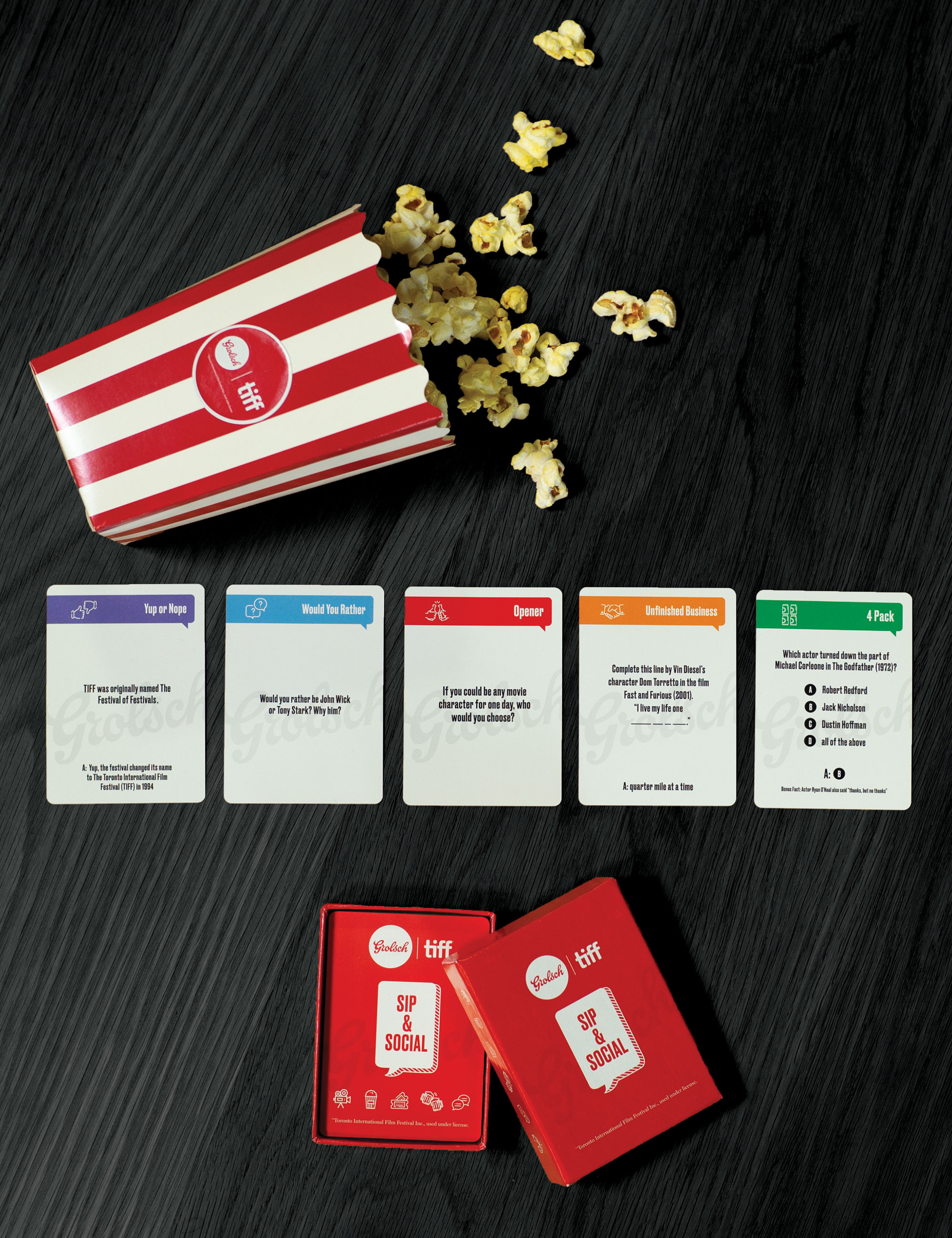 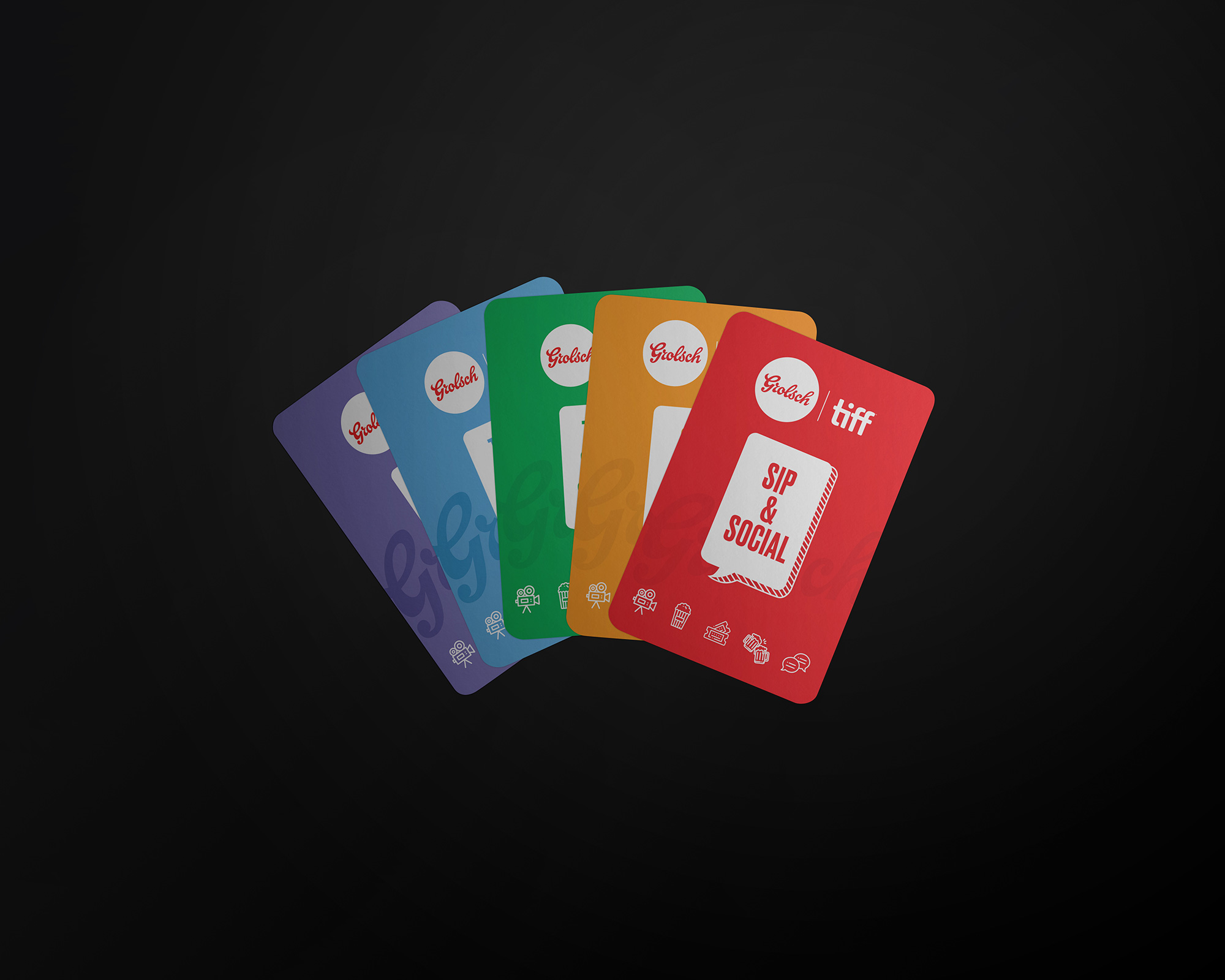 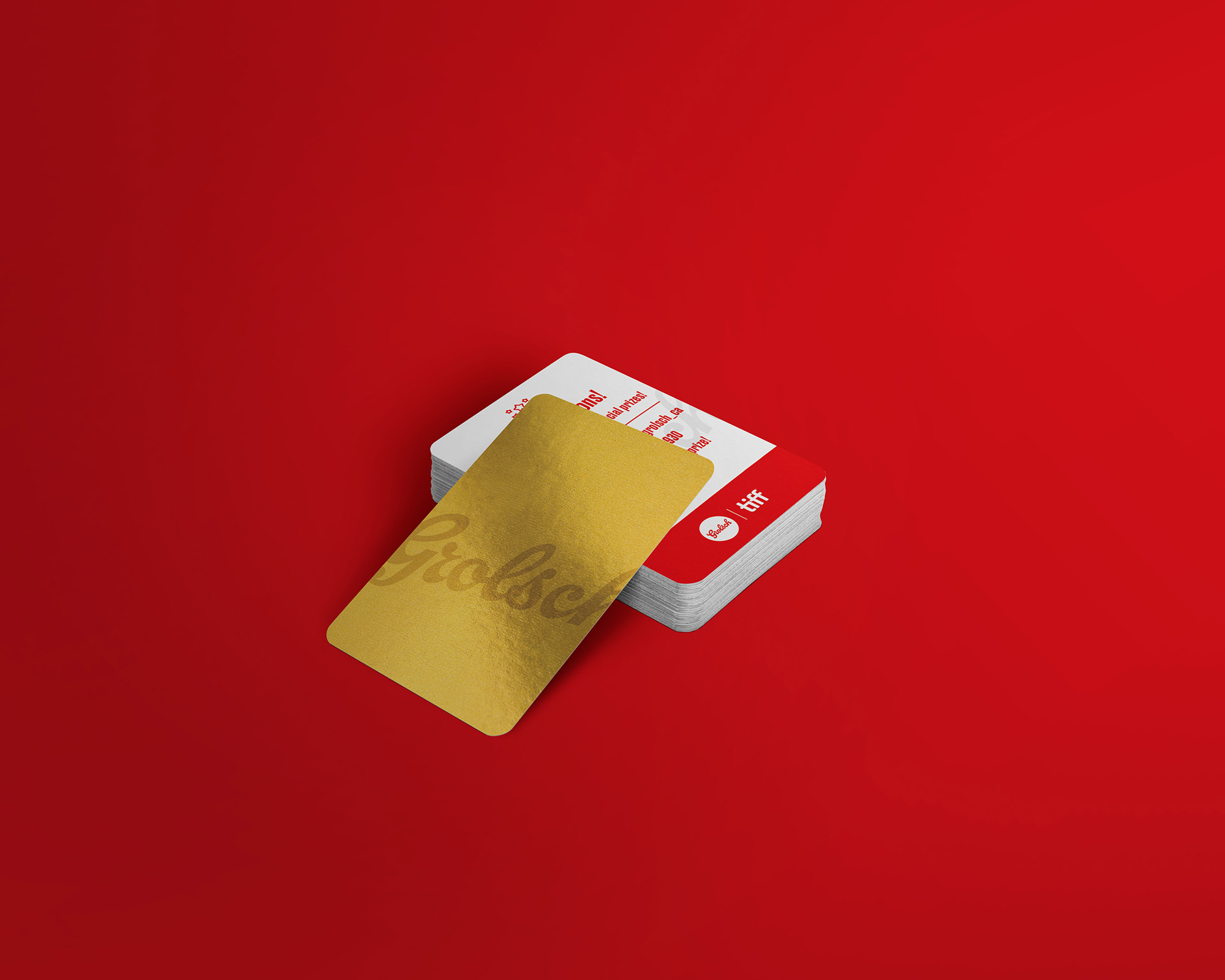 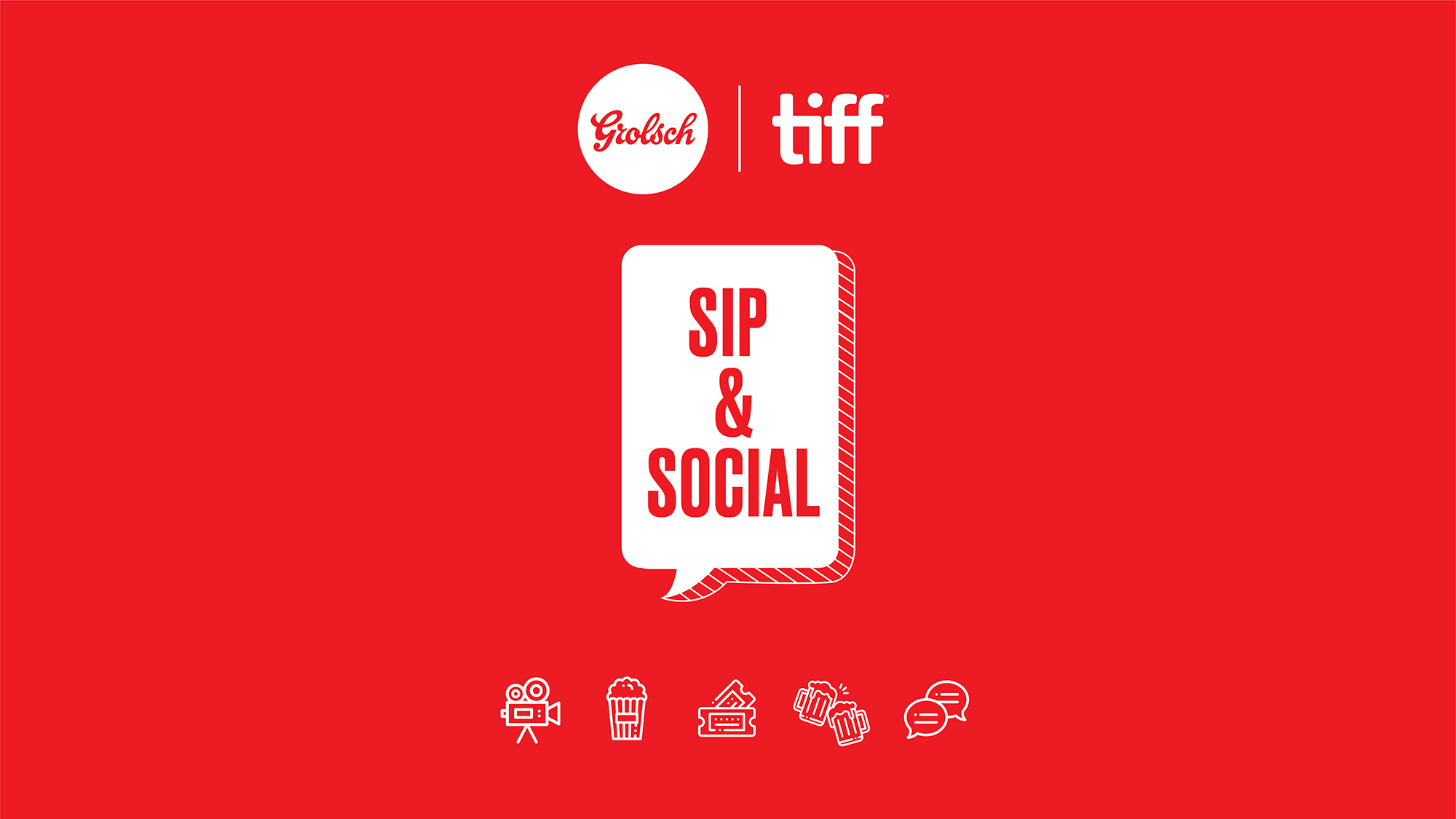 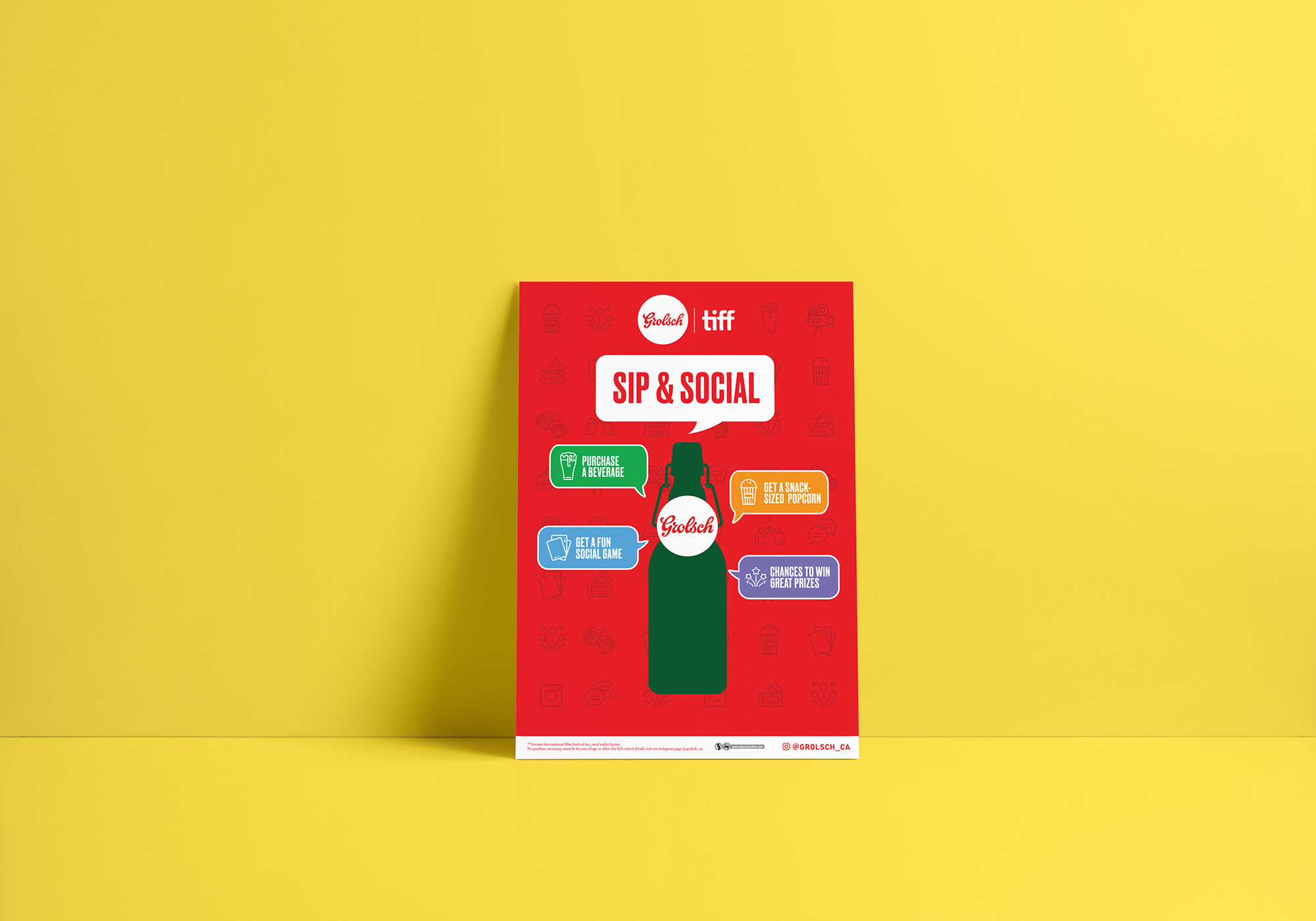 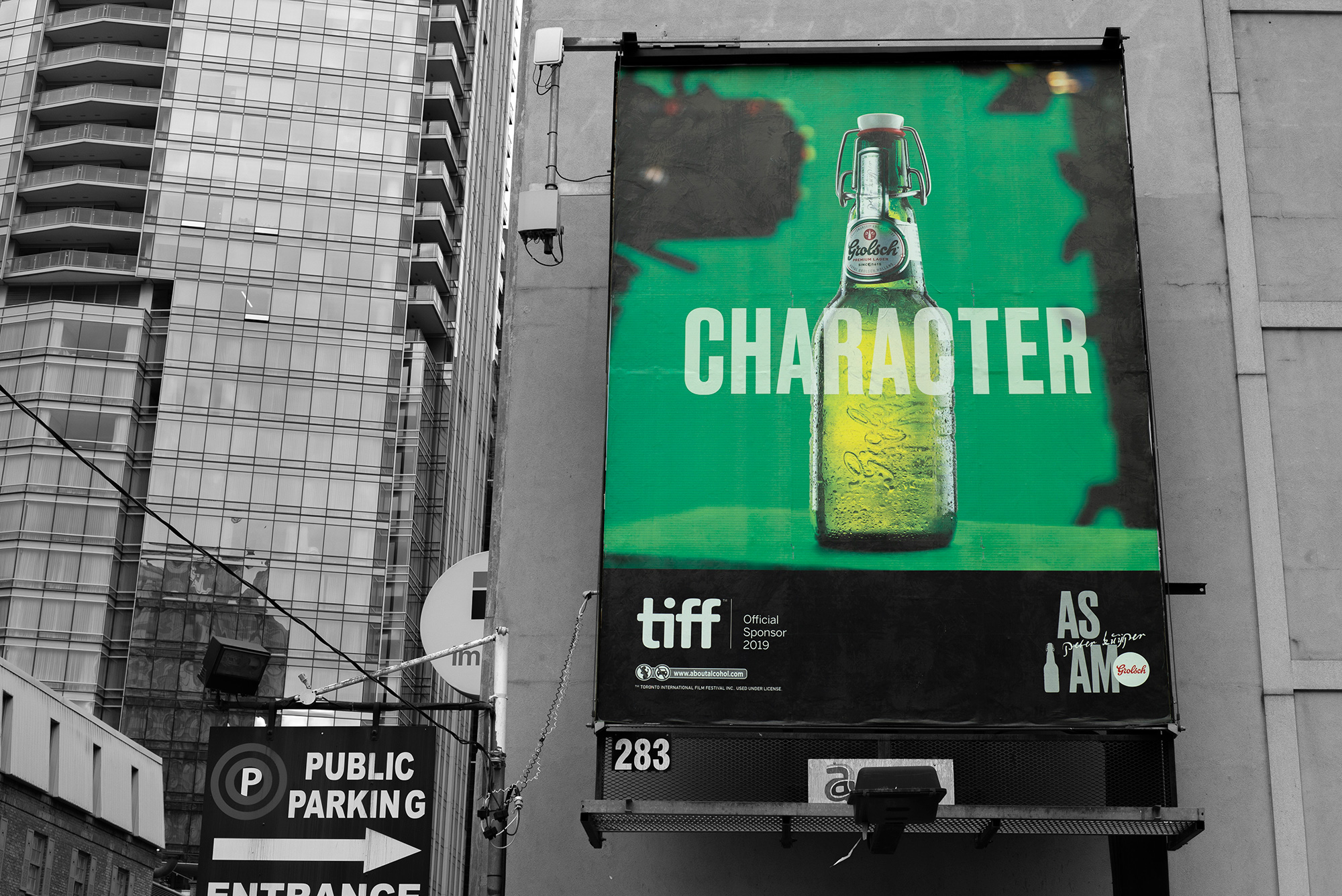 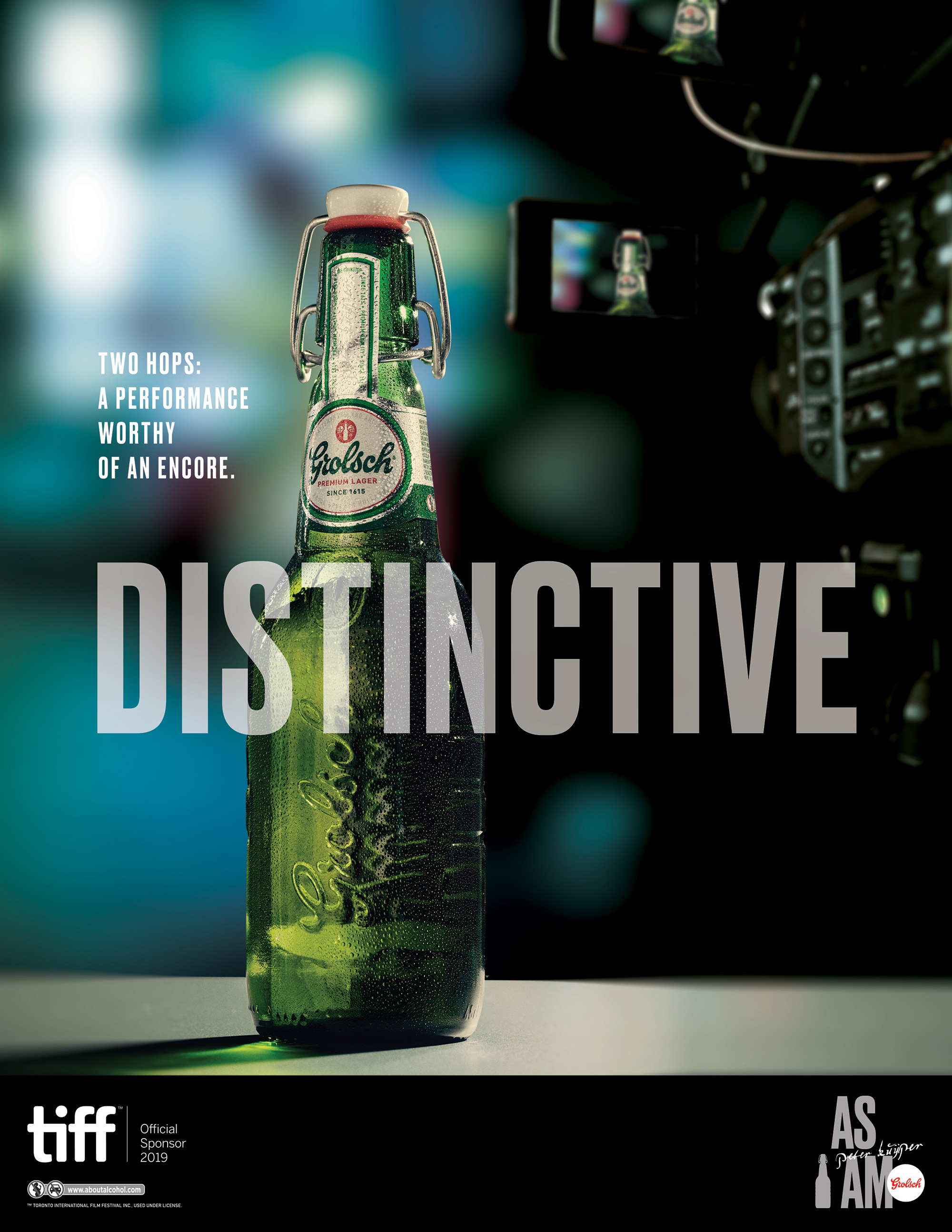 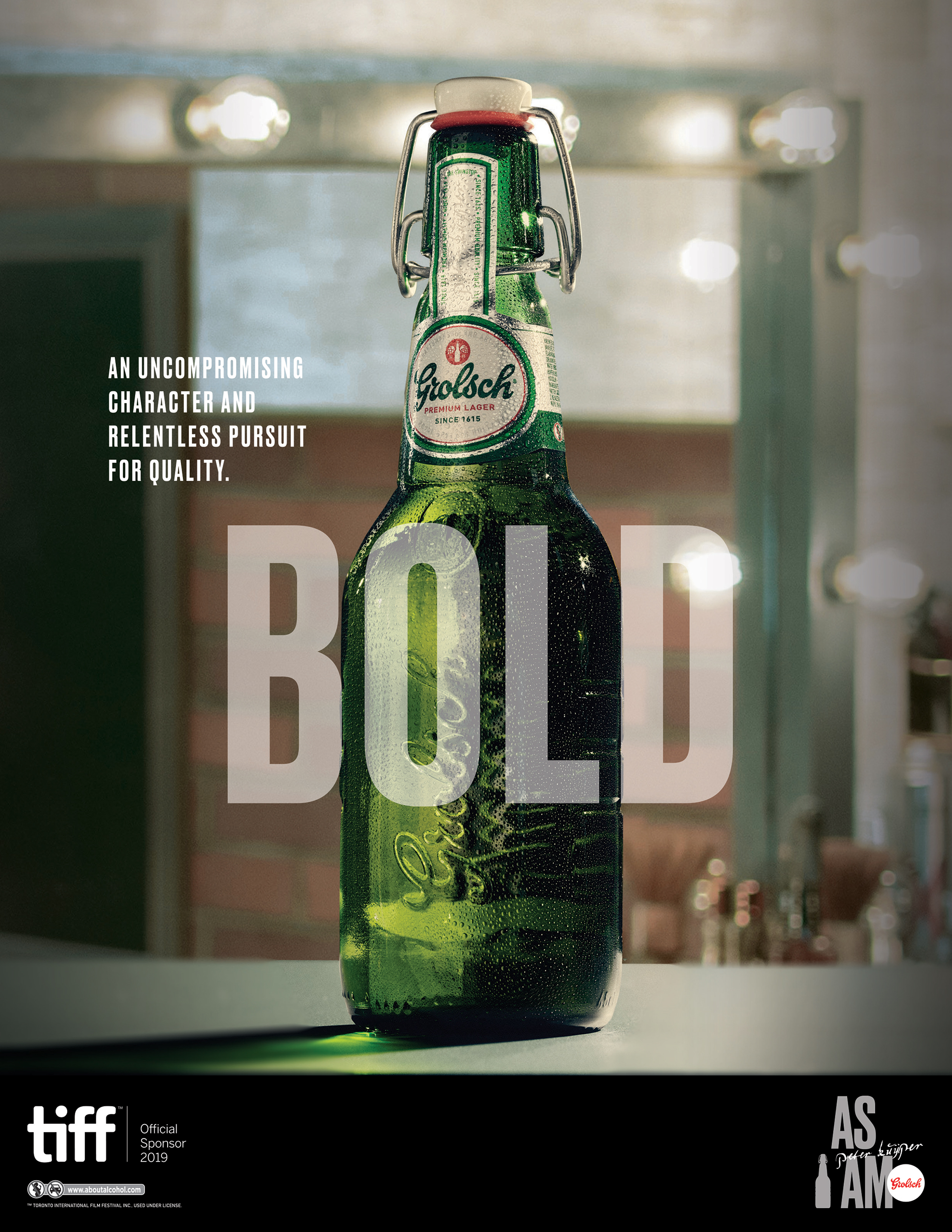