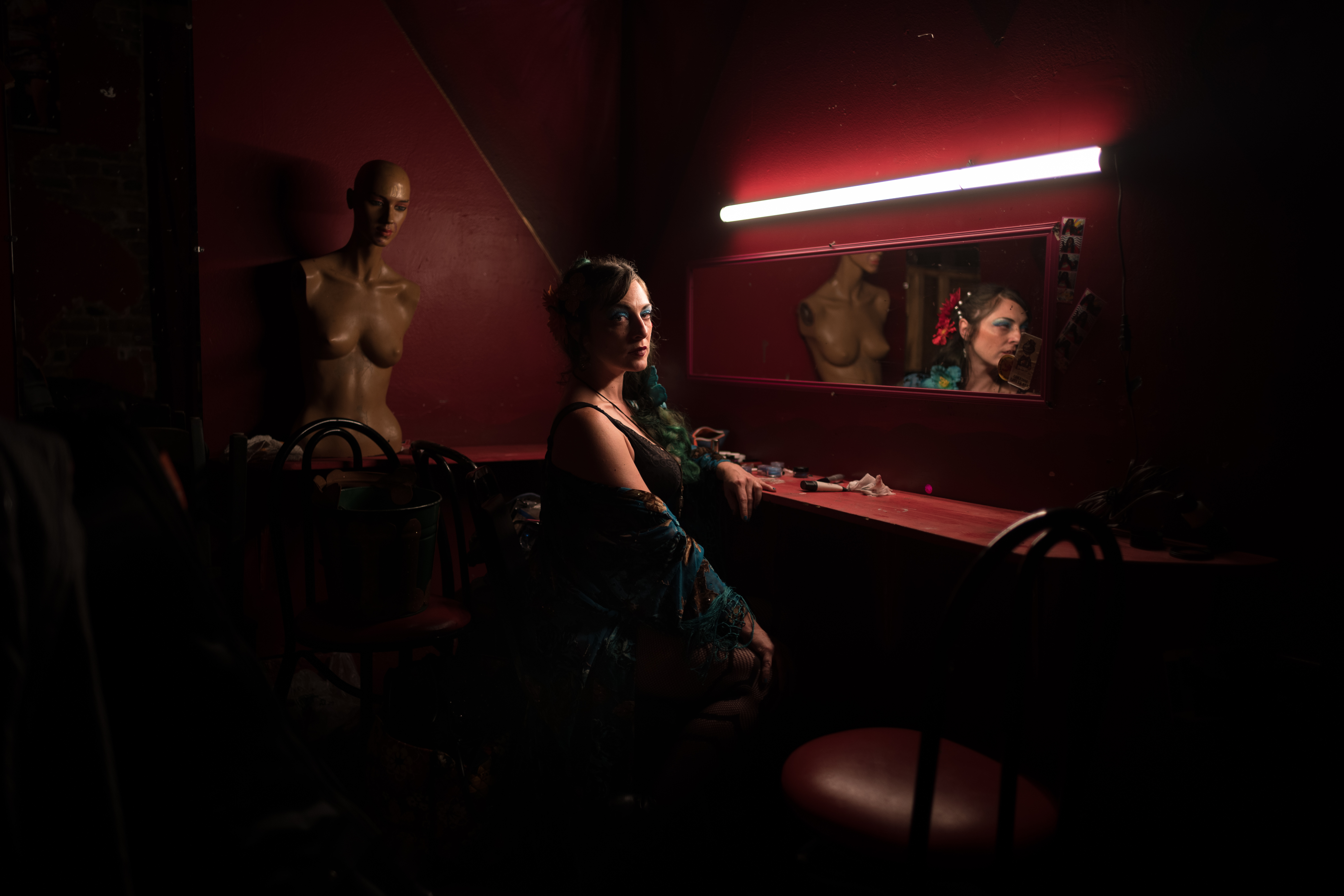 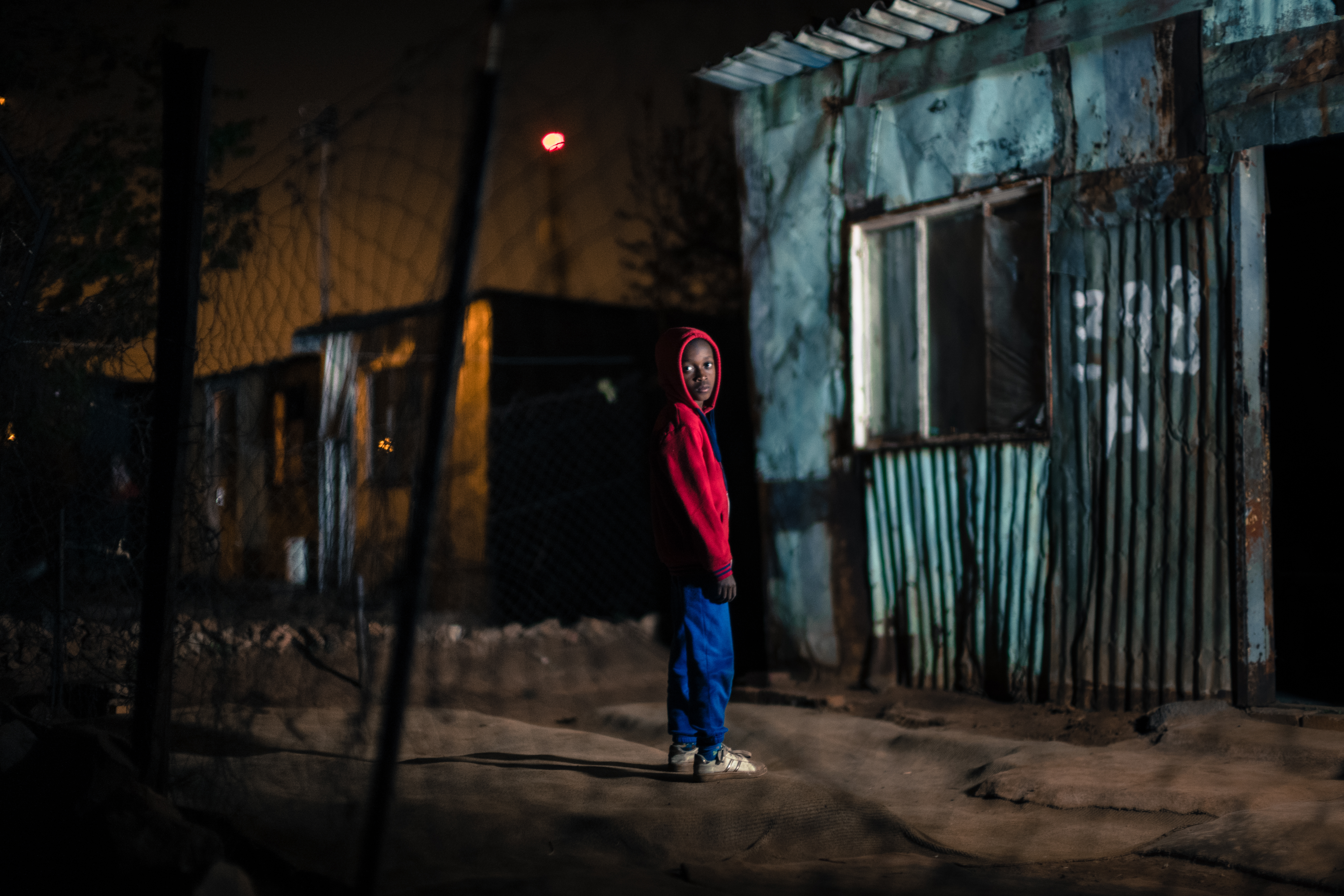 Sometimes thrilling, sometimes dangerous, some of the greatest moments happen at night. In “Like the Night,” award-winning director Barney Cokeliss brings all that after dusk has to offer to life for legendary camera brand Leica.

Cinematic and dappled in darkness, the filmic spot serves to demonstrate the moving-image capabilities of the Leica SL and was launched with a special screening at London’s Victoria & Albert Museum on October 16th.

Shot in locations as varied as Soweto, New York, Berlin, Bucharest, New Orleans, Los Angeles and Paris, “Like the Night” follows several photographers as they wander through nocturnal environments looking for a moment to capture. Set to a glitchy rendering of Byron’s poem “She Walks in Beauty,” the piece paints a cinematic scene that ranges from sultry to sinister, disorienting to arresting.

“For me, the night has always been a time of photographic fascination and atmospheric mystery. I didn’t want to tell a straight narrative story, but instead make something enigmatic, with lots of implicit storylines,” says Cokeliss. “I hope there’s an oscillation there that keeps people intrigued.”

Cokeliss says “She Walks in Beauty” was the first poem that came to mind when contemplating the tone for the piece.

“I reinterpreted it to mean a woman walking in the beauty of the night and with ‘beauty’ interpreted in a broad way,” he says. “There can be a certain beauty, after all, in nocturnal images of loneliness, or mystery, as well of course as more classically beautiful imagery in low-light. Walking in the street, finding beauty in what you come across is an essentially Leica activity. A Leica is the camera you’d take if, like, say, Cartier-Bresson, you’re looking for your inspiration out in the world and finding unobtrusively ways to capture what happens in front of you.”

The project itself came from a shared desire between Cokeliss and Leica UK to collaborate on a film.

“Leica has always been a story-telling brand, says Jason Heward, managing director of Leica UK. “We are known for the still images that have captured special moments in the last century and with our SL System we have the capability to tell our story through cinema-quality film. When Barney showed me his previous films, I could instantly see the creative fit. He immediately understood the narrative of the Leica brand and how to translate this to the big screen. Working with Barney has been an absolute pleasure: his creativity, vision and passion are all visible in ‘Like the Night’.”

“Being able to shoot at night and in the street are hallmarks of Leica’s small cameras and fast lenses,” adds Cokeliss. “Much of the film was shot on the famous Noctilux, which has an unheard-of maximum aperture of f0.95, so a film which journeyed through the night seemed right.”

About Leica Camera
Leica stands for craftsmanship, design and experience. With over 100 years of history, the brand represents a beautiful combination of art and engineering with the future of form and functionality. Based in Wetzlar, the original birthplace of Leica, the German company is an internationally operating, premium-segment manufacturer of cameras and sport optics products. Leica’s legendary status is founded on its long tradition of excellence and supreme quality found in their cameras and lenses. Leica are committed to supporting the creation and preservation of iconic photography, past, present and future and the artists behind them.

About Barney Cokeliss
Barney Cokeliss is a multi-award-winning director and an accomplished photographer, whose films have been selected for festivals including Sundance, and Venice. His latest short, ‘Night Dancing’ has just won its tenth international festival award after premiering at the Toronto International Film Festival and being selected to screen at NYC’s Lincoln Center.

In the realm of advertising, Barney has directed spots for clients including Lexus, Peugeot, Credit Suisse, and Macmillan Cancer Support.

Prints of several of his images shot on the Leica SL will be on display at Leica Store Mayfair, 64-66 Duke Street, London, W1K 6JD.