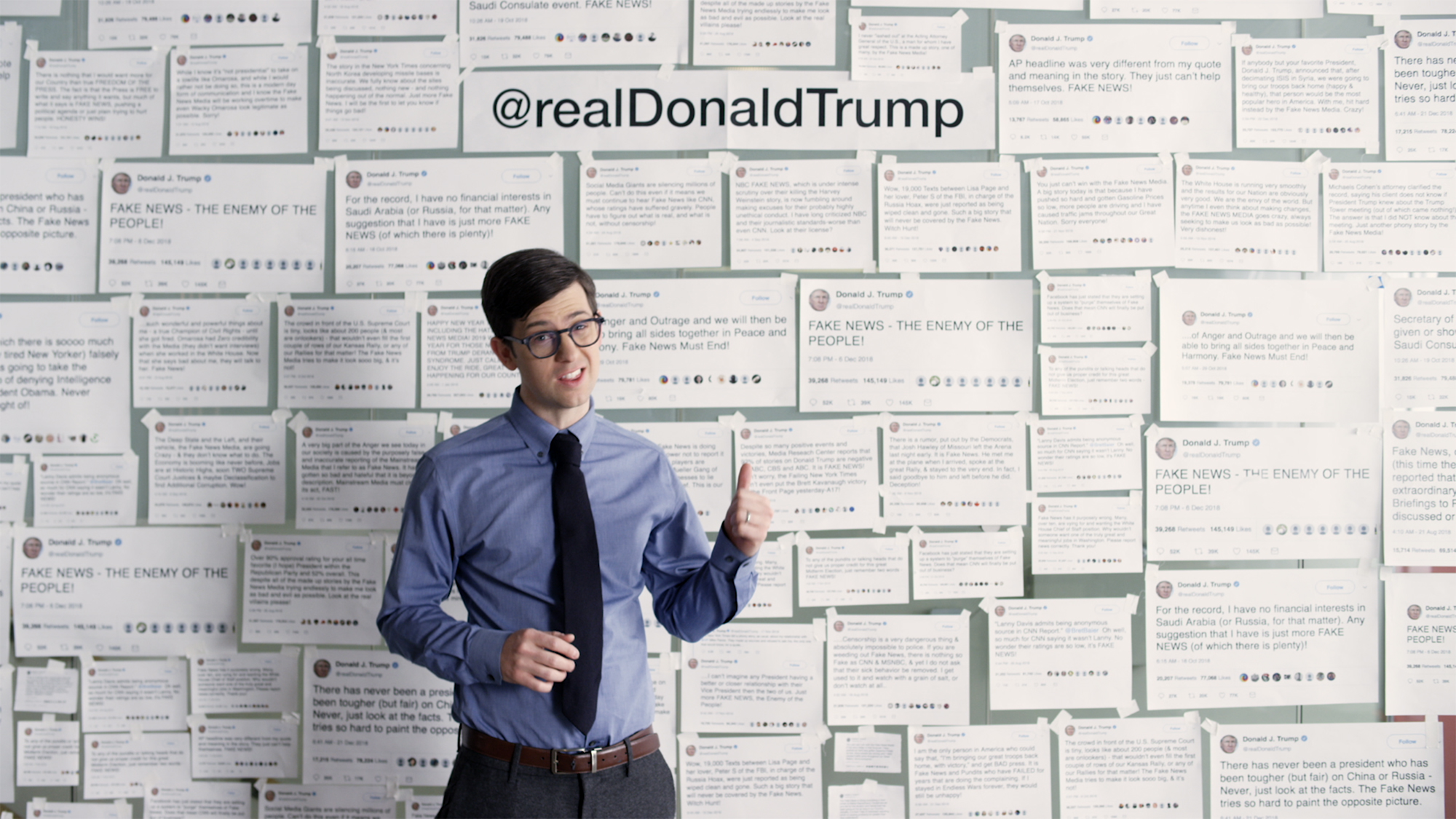 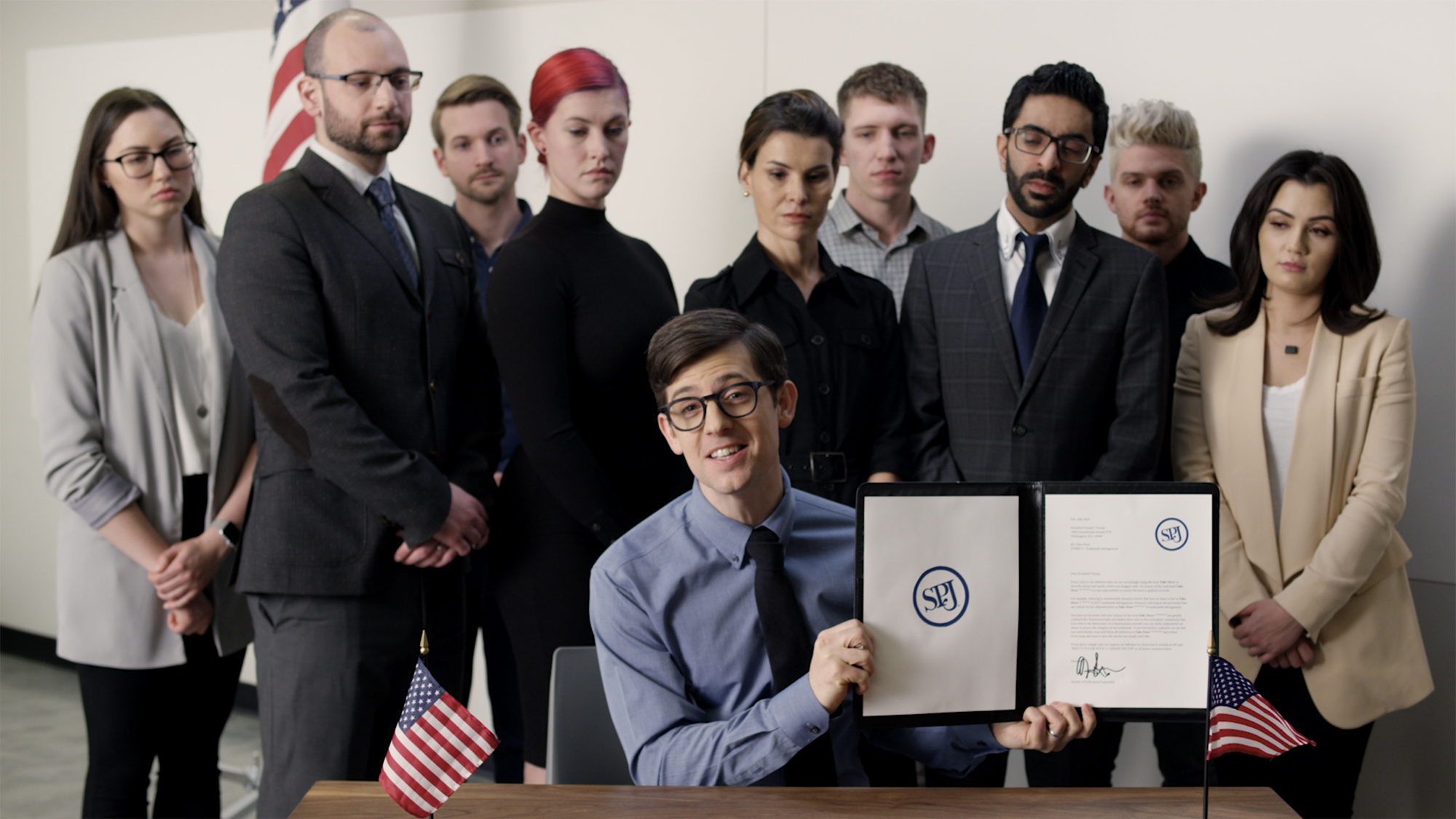 The Florida Pro Chapter of the Society of Professional Journalists (SPJ), America’s oldest and largest journalism advocacy organization, has trademarked the term ‘fake news’ in hopes of stopping President Trump from using the term as a way to discredit factual news stories he simply doesn’t like.

“Trump has popularized the idea that all mainstream media is lying and corrupt. Labeling stories that are critical of him as ‘fake news’ is an effective weapon,” said Emily Bloch, President, SPJ Florida Pro Chapter. “We’re now seeing people using the term to dismiss truthful stories that don’t align with their politics or views. And that’s a major problem for healthy discourse in a democracy.”

In addition to filing for a trademark on the term, SPJ Florida Pro Chapter will be sending out cease and desist letters to frequent abusers of the term – including President Trump. They’re launching the initiative with a tongue-in-cheek video explaining the stunt.

“It may seem absurd, or even extreme, to attempt to trademark a popular term like ‘fake news,’ but we’re hoping the idea is provocative enough to get people to stop and think about how they use the term or what it means when others use it,” adds Bloch. “After all, the vast majority of news you hear called ‘fake’ isn’t actually fake.”

The launch video will drive to FakeNewsTM.com which has tips on how to spot actual fake news and what journalists are doing to ensure they report the truth. The project was created in partnership with Calgary-based creative agency WAX. 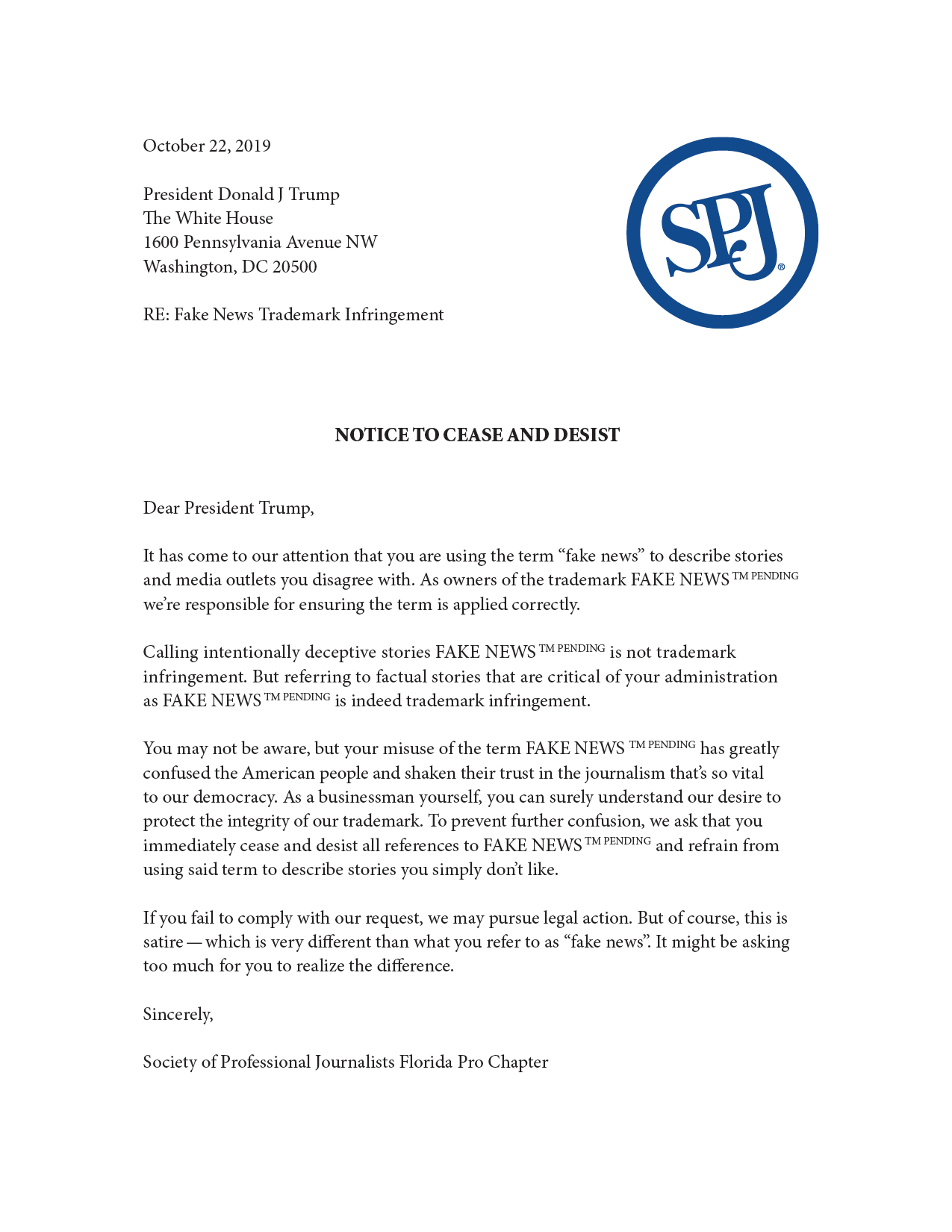 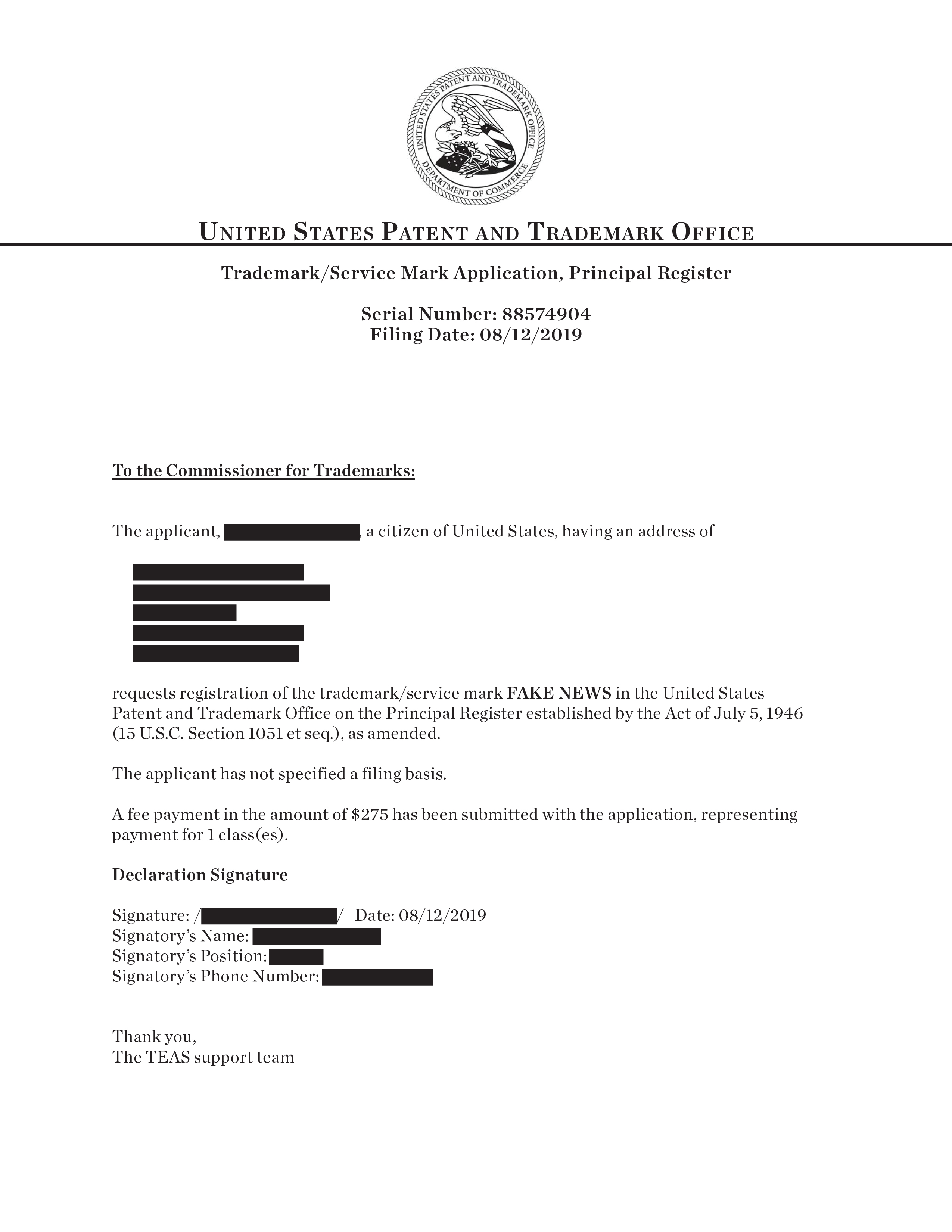 About SPJ:
The Society of Professional Journalists is the United States’ most broad-based journalism organization, dedicated to encouraging the free practice of journalism and stimulating high standards of ethical behavior. Founded in 1909 as Sigma Delta Chi, SPJ promotes the free flow of information vital to a well-informed citizenry through the daily work of its roughly 6,000 members; works to inspire and educate current and future journalists through professional development; and protects First Amendment guarantees of freedom of speech and press through its advocacy efforts.