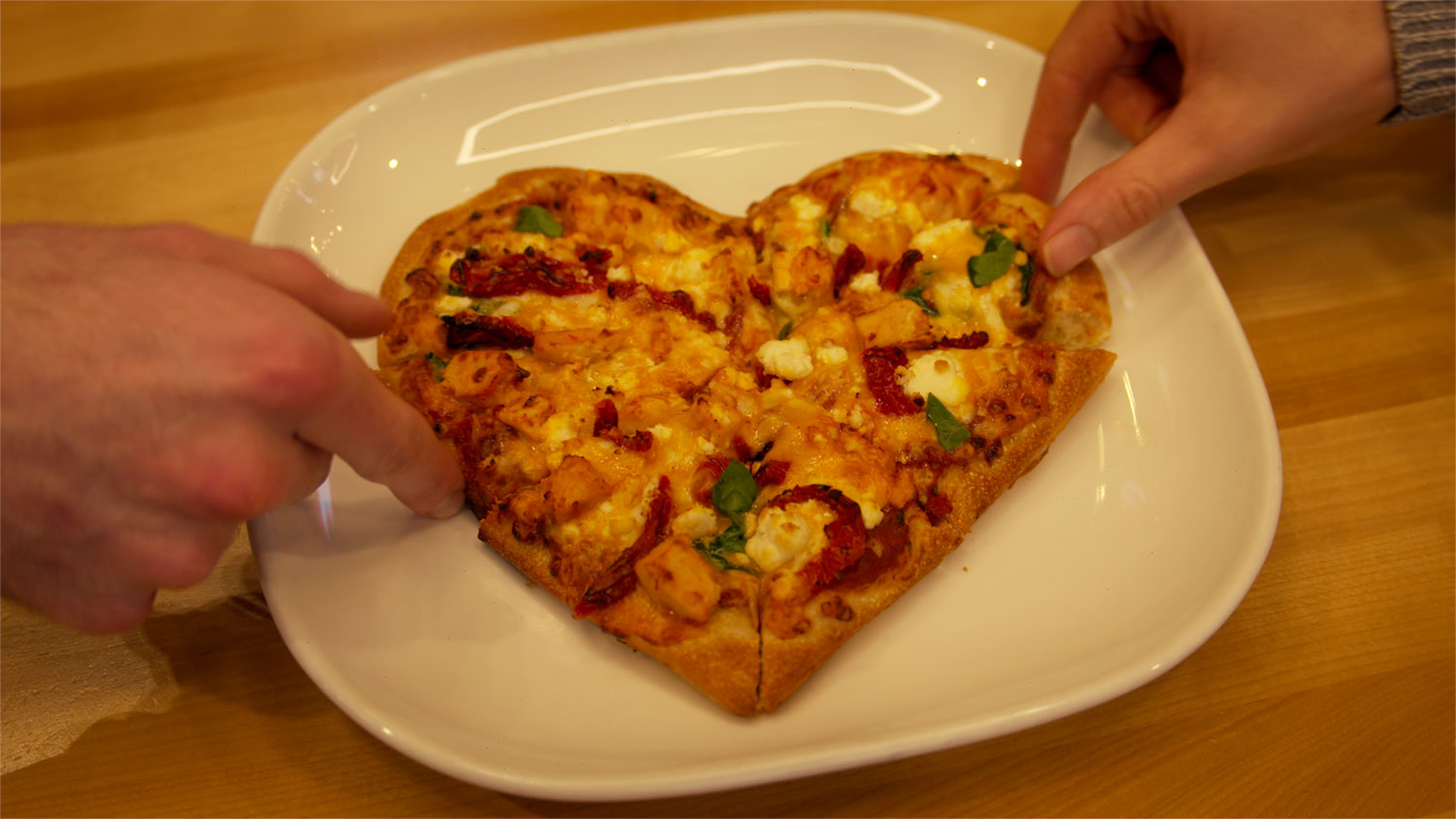 A couple in a long-distance relationship are brought together to share a heart-shaped pizza.

Anyone with even half a heart will be moved by Boston Pizza’s new video promoting its well-known Valentine’s Day Heart-Shaped Pizzas.

Developed by Toronto agency Mixtape, the video focuses on Nick and Sarah—a young couple living thousands of kilometres apart, in New Minas, Nova Scotia and Toronto, Ontario. The creative idea is that the couple plans to use Skype to “share” one of Boston Pizza’s famous heart shaped pizzas in their respective restaurants. What Sarah doesn’t know is that Boston Pizza has secretly flown Nick from Nova Scotia to surprise her.

“For years, people across Canada have been sharing their stories about Boston Pizza – from first dates to engagements and beyond,” adds Joe Myers President and Founder of Toronto-based Mixtape, the agency behind the creation of the video. “We thought it was a natural fit to create (literally) a surprising new way to remind Canadians to come in and ‘Gather Round’ at Boston Pizza on Valentine’s Day.”

Boston Pizza’s heart-shaped pizza has become a Valentine’s Day staple over the last 40 years. The chain expects to sell 60,000 of the pizzas on February 14th at its more than 390 restaurants across Canada. Boston Pizza donates $1 from every pizza sold on Valentine’s Day to Boston Pizza Foundation Future Prospects to fund organizations that provide kids with access to role models and mentoring programs—including Big Brothers Big Sisters, Kids Help Phone, Live Different, JDRF and the Rick Hansen Foundation.

Heart-shaped pizzas will be sold at all Boston Pizzas across Canada on February 14th.