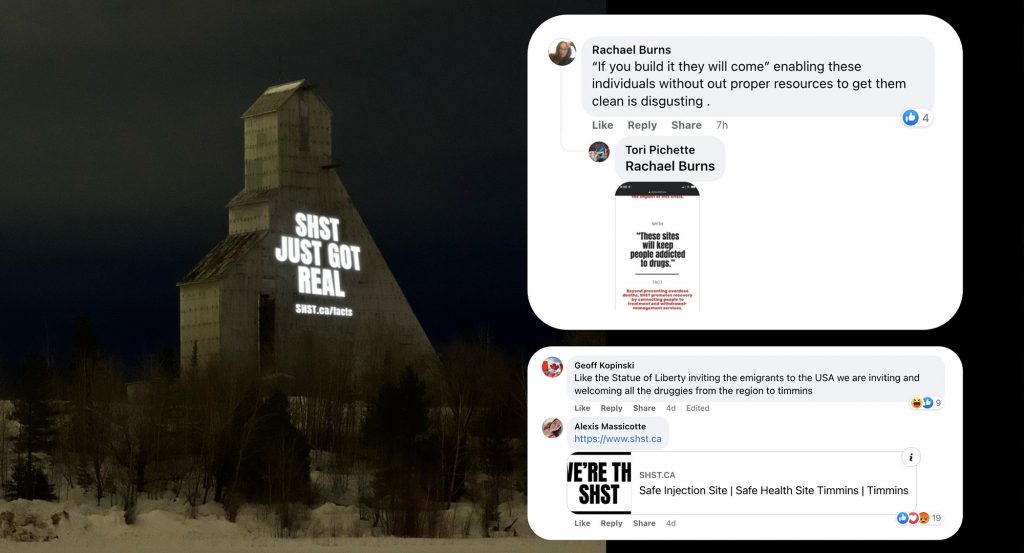 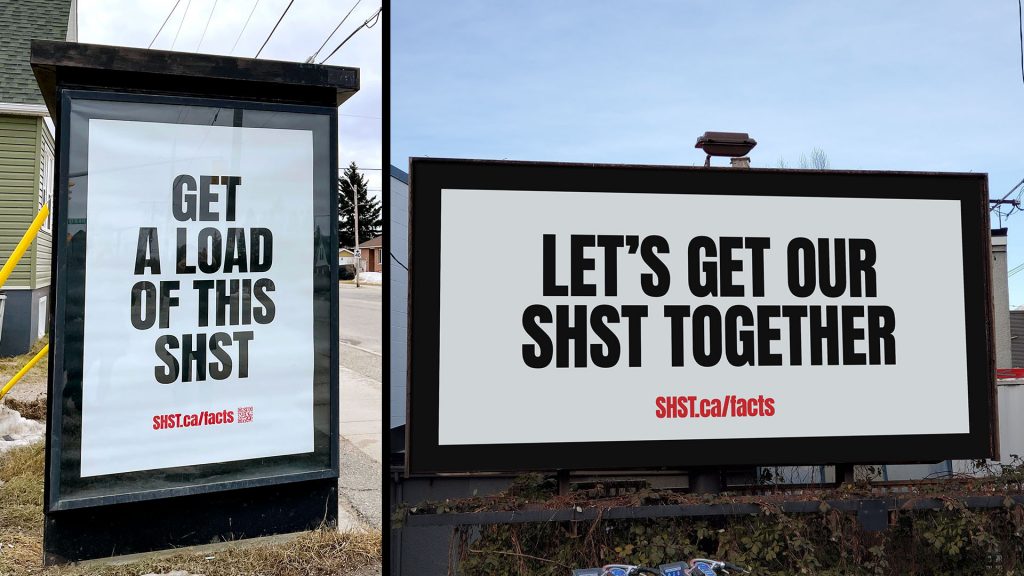 The Garden created an attention-grabbing campaign to combat misconceptions about a new safe injection facility.

Timmins, Ontario is getting its “SHST” together in the difficult fight against the opioid poisoning crisis, thanks to the new Safe Health Site Timmins (more commonly known as SHST). The safe injection and treatment site recently enlisted Toronto agency The Garden to create a provocative campaign to educate Timmins residents on how it plans to help the community at large.

The northern Ontario city of 41,000 has become the epicentre of Canada’s opioid crisis in recent years, with one of the country’s highest per capita death rates from opioids (72 people per 100,000) and an 82% increase in opioid-related deaths between 2019 and 2020.

To combat the growing prevalence of opioid use, local emergency room doctor Louisa Marion-Bellemare and her medical colleague Dr. Julie Samson supported the opening of SHST, an urgent public needs site, also known as safe consumption site or overdose-prevention site. The facility will be overseen by Timmins and District Hospital, supported by other community agencies.

But it has also experienced pushback from segments of the community, who say it will keep people addicted to drugs and serve as a beacon for “druggies” (their words). While such NIMBY-ism is not uncommon or unexpected, this type of pushback can be more acutely felt in a smaller, tight-knit centre like Timmins.

“The opening of this site is incredibly important to our city and a huge milestone in the larger drug strategy,” said Dr. Marion-Bellemare. “That’s why it was so important to educate the community on the benefits and bring people onside, by showing how the site will save lives and open up avenues of treatment for people who use drugs and who are at the highest risk of morbidity and mortality.”

That is the basis for The Garden’s “Know Your SHST” awareness campaign, which uses the facility’s distinctive SHST acronym to deliver bold messages using common sh*t idioms to educate Timmins residents about safe injection sites and disabuse them of common misconceptions around the facilities.

Constructed around the idea of contrasting myths versus facts, the campaign is designed to spark curiosity among residents who feel they already have all the answers, enabling them to see the benefits a safe health site can bring to the broader community. The ads take a matter-of-fact approach to safe consumption and treatment sites, designed to help them stand out from the wave of healthcare messages that have characterized Covid awareness and other PSA campaigns.

Attention-getting messages have been placed throughout the community, and even projected onto one of the city’s most distinctive geographical features, the McIntyre Headframe.

Visible throughout the city, the 175-foot-tall structure has been used to project everything from the logos of the city’s sports teams to other moments of civic pride and was used to stage the campaign launch with the message “SHST just got real.”

“It was highly contentious, because it’s usually such a place of community pride, and launching the campaign with such a provocative headline created a lot of opinion,” said The Garden’s creative director, Lindsay Eady.

“It created the energy necessary for some really good discourse between those community members who were pro SHST and understood its benefits, and those against,” she added. “That tension is what we were going for and we got it in spades.”

The campaign uses a combination of community posters, billboards, and social media assets to deliver messages like “Know your SHST,” “Let’s get our SHST together” “Get a load of this SHST” and “We’re the SHST.”

It also provides those in favour of the SHST with real-time tools that give them the ability to counter myths about injection sites with facts. If someone posts a myth to a social site, for example, supporters can reply with one of the campaign facts, responding to criticism with factual evidence rather than in their own words.

All the ads drive to the website SHST.ca/facts, a myths and facts website designed to dispel a series of common misconceptions about safe injection sites and show how they benefit the community by reducing ambulance calls and ER visits, saving tax-payer dollars, and saving lives. 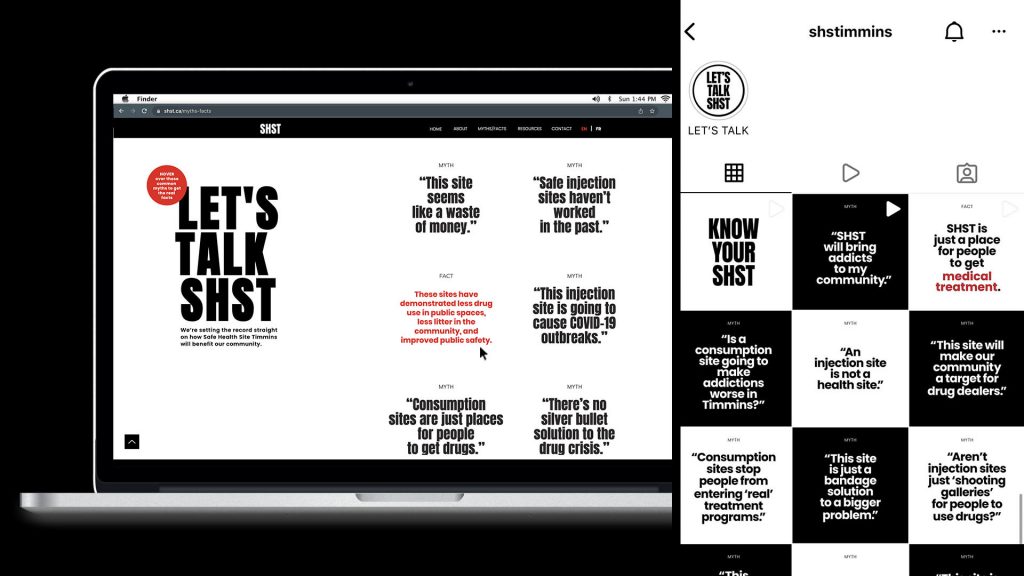 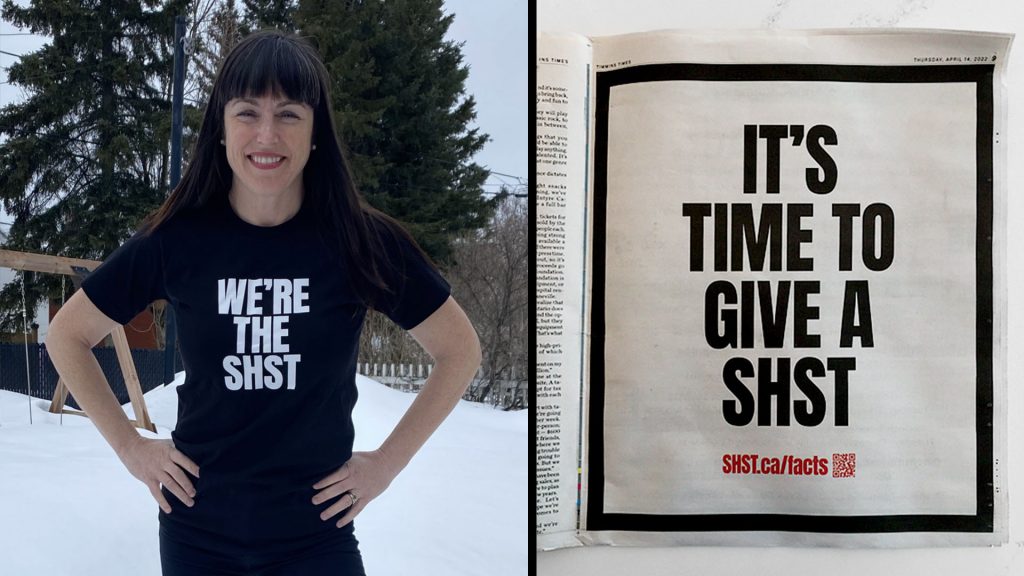 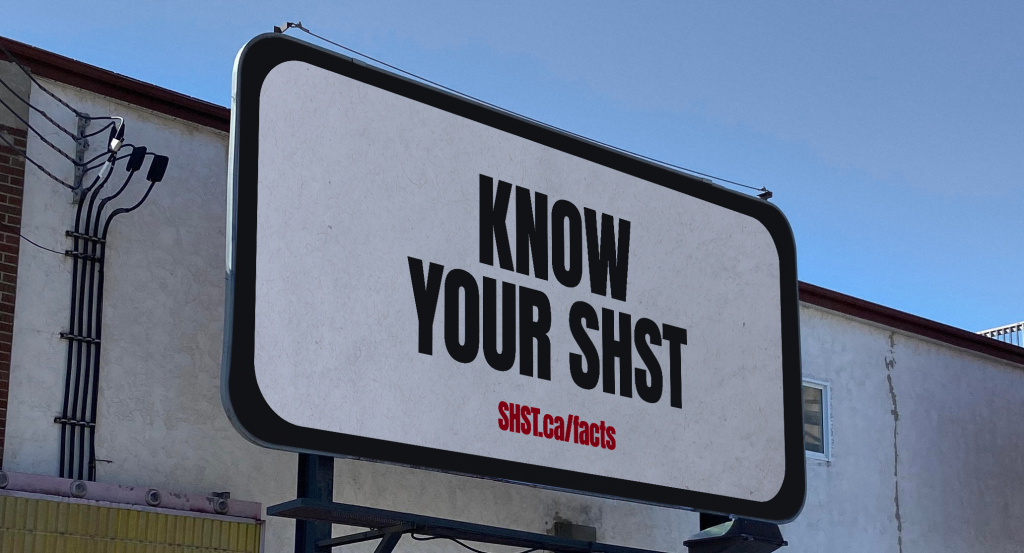 About Safe Health Site Timmins
Safe Health Site Timmins (SHST) is an Urgent Public Health Needs Site – also known as supervised-consumption site or overdose-prevention site. SHST is a controlled space where people can consume their own pre-obtained drugs under supervision of trained staff who can respond if a medical emergency (overdose) occurs. People who use the service can access basic medical care, referrals to treatment services, withdrawal beds, and other health and social services. www.shst.ca